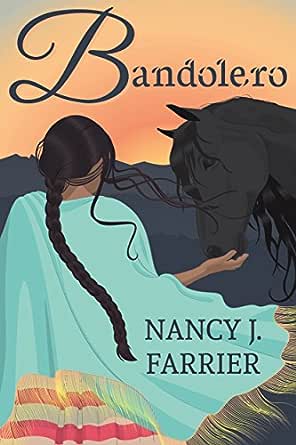 You've subscribed to Land of Promise! We will preorder your items within 24 hours of when they become available. When new books are released, we'll charge your default payment method for the lowest price available during the pre-order period.
Update your device or payment method, cancel individual pre-orders or your subscription at
Your Memberships & Subscriptions
There was an error. We were unable to process your subscription due to an error. Please refresh and try again. 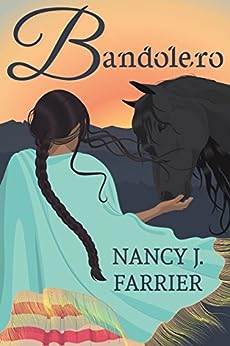 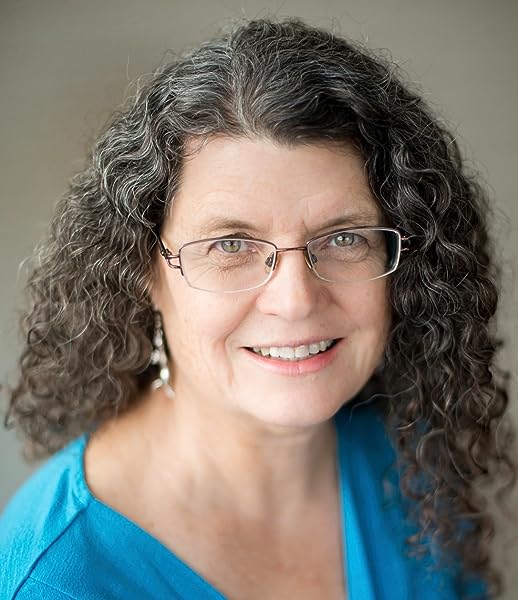 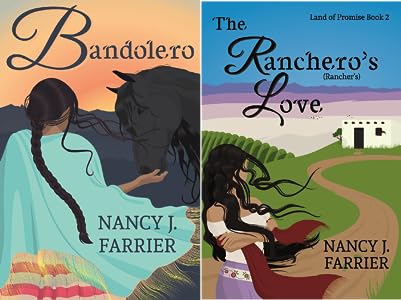 Nancy J. Farrier is a best-selling, award winning author of historical and contemporary Christian fiction. She grew up in the mid-west, moved to the Southwest to be close to the mountains and never looked back. She loves the people, plants and animals found in the desert. She loves the sunshine and most days enjoys the heat. --This text refers to the paperback edition.

Marlene
4.0 out of 5 stars He stole horses, lived harsh and loved deeply....
Reviewed in the United States on November 28, 2017
Verified Purchase
This book was very different yet a fun read. You find the western flair of the 1800's, the storyline of Mexican/Spanish heritage, the harsh lifestyle of remote haciendas and horse thieves, and yet, it is a love story. A promised betrothal broken and the young bride-to-be, devastated. The wildness of the lifestyle was written well and the storyline kept me reading. The faith in God portrayed by a woman who lived a life with her face covered because of the wickedness of man who scared her but she never gave up on her faith. I enjoyed the emotion when Yoana taught the children, as well as, when Leja taught about God. It is an interesting book filled with powerful emotion.
Read more
Helpful
Comment Report abuse

Marilyn
4.0 out of 5 stars Action packed!
Reviewed in the United States on August 6, 2019
Verified Purchase
Lots of action, evil villain, lovable protagonists in the unusual setting of a horse thieves' camp in early California. Bible stories told by the heroine who has given up on God give unexpected twists to plot. Well done.
Read more
Helpful
Comment Report abuse

SoCal Shopper
5.0 out of 5 stars Great read!
Reviewed in the United States on September 22, 2018
Verified Purchase
From the beginning, the characters drew me in. The situations, the conflict, the setting. I really enjoyed all of it.
Read more
Helpful
Comment Report abuse

AZ Mary
5.0 out of 5 stars Christian western.
Reviewed in the United States on June 28, 2017
Verified Purchase
What a great read! Such a joy to read a book without cuss words and sex . Well done Nancy! Looks like you did your research on this one.
Read more
Helpful
Comment Report abuse

Mama Cat
5.0 out of 5 stars Awesome Historical Novel 1830's Mexico Territory
Reviewed in the United States on January 4, 2020
What a fascinating Christian historical novel! I was initially drawn to it as a Southwest desert dweller and was quickly captivated by the story, characters, and culture. The author is adept at showing faith of some characters and how adversity grows faith in others. The characters are well-defined and the plot is finely-executed.

Despite her genteel and comfortable upbringing at the home of her father, the well-known Don Armenta in 1800’s Alta California, nineteen-year-old Yoana has not had an easy life. Her father, renown for his excellent horses, has hated her since her mother’s death and will seldom speak with her. Today he made an exception. The young man who she was promised to at a very young age, Gabrio, has sent a letter breaking their engagement. She has gotten to know and love him over the years through their letters to each other, and she has been looking forward to their future marriage. With their engagement broken, she is destined to be trapped at the rancho.

Leya, her beloved Tia who raised her, is the only person who does love her. Of course, God does, as well, but she wants the love of a man, in the same way Leya, stolen and scarred by bandoleros when a young woman, has longed for human love. Yoana wants to ride her horse, taking Leya as chaperone, and two of the vaqueros as protectors due to the risk of bandoleros in the area. Yoana takes the high risk of running her horse, charges on a sudden downhill run overlooking a valley where a herd of her father’s horses are. A small group of rough men are with the horses. One shoots at one of the vaqueros, frightening her horse so badly she fell off. Both vaqueros are shot, and Yoana and Leya have been kidnapped.

Amado is with the bandoleros. He left his home and future when making a deathbed promise to his brother and is new to this rowdy band. He recognizes Leya and hopes she doesn’t recognize him. He then recognizes men on the hill who see the kidnapping, and knows he is in a world of trouble if they see who he is. He tries to get the bandit who grabbed the women let them go and let the one vaquero still alive return to where they came from – just take the herd of horses they came for. The evil man, with evil intentions, refuses. Amado has no choice but to join him in taking the women to the camp.

This well-written novel is at times beyond frightening, at other times reflect a strong, amazing faith in some of the worst circumstances a woman could find herself in. It shows the faith of a woman who has already endured horror in her youth at the hands of bandits, a faith that gets even stronger in the enemy’s camp. We see the power of God working in the heart of Amado, struggling with whether to keep his word or protect the women and in the heart of Yoana as she learns about trusting God in the hardest days. We also see the horror that the women who have lived in the camp for years have endured. When Yoana’s father refuses to pay a ransom for her, there is only worse to look forward to.

I am beyond impressed with this amazing story, want to read the next in series, and highly recommend it to those who appreciate Christian historical fiction in Mexico Territory in the early 1800’s with growing faith and the possibility of romance.

From a thankful heart: I received a complimentary copy of this novel; a review was not requested.

Marilyn R
VINE VOICE
4.0 out of 5 stars Bandolero With Pain and Love Found
Reviewed in the United States on January 17, 2018
This Christian historical fiction book was intriguing with the setting and characters set in the 1830's in Alto, California. I was drawn into the story with young Yoana Armenta and Amado Castro who had both had been hurt deeply earlier in their lives before their paths crossed in an unusual way during this fictional read. Yoana was feeling dejected due to feeling unloved as a result of her father’s actions toward her since the age of four. When Yoana and her aunt Leya was captured, threatened and beaten by the bandoleros tears were present, thus all my emotions were caught up into this great story. Amado was in the bandoleros group but he seemed drawn to protect Yoana and her aunt. The vivid description of the terrain, action and characters gave visual pictures that made the story real. I appreciate the beauty Nancy J. Farrier brought into the story by having young Yoana teaching the children in the bandoleros’ camp Biblical stories, where some of the children took to heart with their actions. The unexpected happenings and connection of primary characters brought a beautiful ending to the story that showed God’s protection, love, forgiveness and second chances.

I received a complimentary copy of this book from the author from a giveaway on a blog. I was not required to write a review but have expressed my sincere thought.
Read more
One person found this helpful
Helpful
Comment Report abuse

Brenda_ W
5.0 out of 5 stars Unforgiveness caused them to have troubles
Reviewed in the United States on July 6, 2018
Bandolero (Land of Promise Book 1)
Both the heroine and hero had unhappy and dangerous lives until both them and people close to them chose to forgive. I liked that even though Gabrio was in disguise he was loyal to his betrothed and saved her from dangerous situations several times. I was impressed with Leya's strong faith, even though life had not been good to her. I liked how Yoana was so spunky and how she taught the children in the midst of the bandolera camp.
Read more
Helpful
Comment Report abuse
See all reviews from the United States