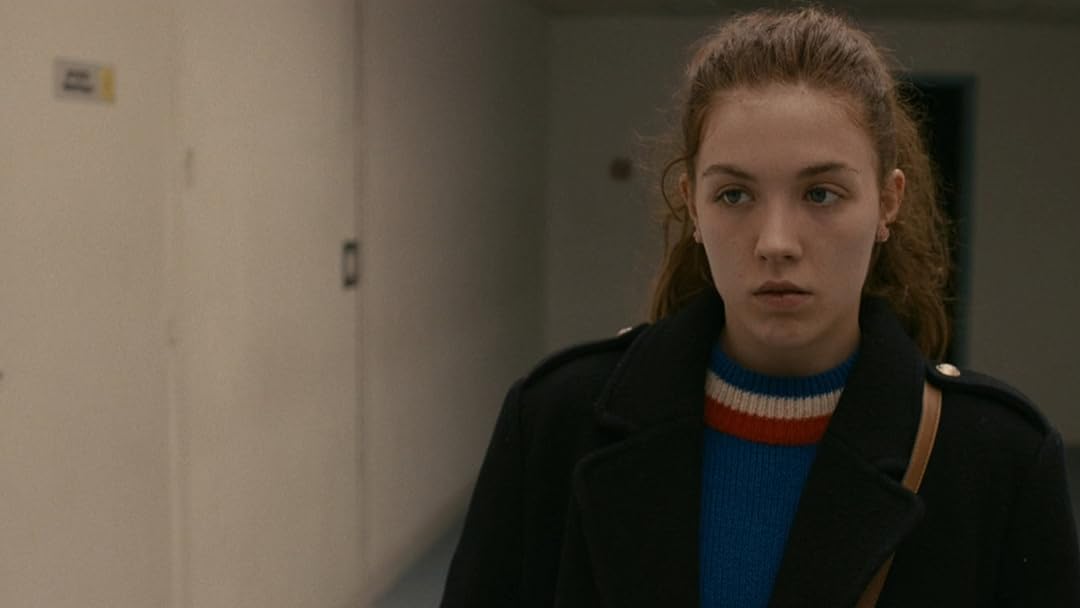 (401)
5.51 h 36 min2016X-Ray18+
George, a pretty teen girl, falls in love with Alex. To get his attention, she initiates a game with their friends, discovering, testing, and pushing the limits of their sexuality. When the nature of their activities is revealed, each of them deals with the scandal in radically different ways.

Logain UT AblarReviewed in the United States on November 5, 2019
5.0 out of 5 stars
Starts slow but loved the ending
Verified purchase
Ah Bang Gang. A cute way to say "orgy" for a bunch of high school kids trying to find themselves. Trying to find freedom of some sort. What's ironic about this is that the Bang Gang parties allowed photos and video to be captured and posted on a specific website. Telling stuff if you have the stomach for it. Personally I wouldn't support it but I have reasons beyond the obvious as to why that is. More on that later.

I wasn't sure what to make of this film because there doesn't seem to be any real rhyme or reason to it beyond a group of young people looking for excuses to get high and get laid. But there is one scene that summed up the entire film and hit it out of the park for me making this film five star whereas it would have been 1* otherwise.

One huge annoyance I've found in too many films that feature a lot of unprotected sex is that there never seems to be any real world consequences. The portrayal of these perfect sexual situations where condoms are never needed because STIs don't exist, pregnancies that only happen when a woman wills it and every sexual encounter is a blissfully perfect union that guarantees satisfaction for all involved regardless if the sex lasted 30 seconds or 3 hours. Bang Gang started off with a similar impression but then the facade cracks as the film goes on. One teenage girl gets pregnant as a result of a Bang Gang, Laetitia (Daisy Broom) and her former friend George (Marilyn Lima) contracts syphilis at some point. It's hard to tell when George was exposed but I'd bet money it was before she allowed a train to occur at the final Bang Gang. The audience isn't made aware of Laetitia's pregnancy until one of the final scenes in the film. She mentions how one shot of penicillin cured her STI and another shot aborted her pregnancy. Convenient, yes? But the word got out about George's exploits as these things tend to do, which becomes a scandal in itself, made worse when it becomes public knowledge that she has a STI. That was the end of the Bang Gang parties. Nothing brings lofty questionable sexual practices down to earth faster than a STI, a colostomy bag as the result of extreme penetration or death.

But even then the film still sucked to me because there just didn't seem to be a point to it all. One scene changed that. After the entire school gets tested for STIs, Gabriel (Lorenzo Lefebvre) is sitting with his father and his father says, "The orgies in themselves aren't so shocking...but it's so profoundly mediocre. Is that any way to relate to one another? You're all interchangeable?" That scene is so simple, yet so powerful in its truth because it's brutal in putting the idea of a Bang Gang into harsh reality which is something these kids truly needed.

P. BranchReviewed in the United States on August 10, 2020
1.0 out of 5 stars
Kids, French version
Verified purchase
If you have ever seen the 1995 movie "Kids" this was alot like it except that movie didn't have the so-called happy ending this one did. This movie had a lot of un-necessary nudity especially from the males. The girls all looked like minors of Jr High school age, not one of them hardly had the look & physical build of a High School aged girl. So anyway, these two girls are friends & one of them sleeps with the others love interest which sparks the scorned girl to start this BANG-GANG Orgy club among all their friends basically to teach her cheating man a lesson I suppose. Instead though they all get taught a lesson in life, albeit in the end a minor one when the main character female finds out she has an STD, she tells the nurses it's a result of these orgy parties which in turn gets everyone into trouble. They all have to get checked out and find that a lot of them also had STD's which also results their names bring drug through the mud at school yada yada. In the end though, none of them had any serious consequences, everyone just took pills & got shots & went on about their lives & the main girls friend who slept with her man to spark this whole deal after lying to the nurse & telling she was a virgin, she finds out that not only did she also have an STD but she was also pregnant. She, simply takes her medication, gets an abortion & moves on with her life happy that she has her body back. This woulda been better had it been made into an actual porno with actual adult film stars by Vivid or one of those companies cause that's how these characters acted not a care in the world, pass on it don't waste your time...
21 people found this helpful

Jersey ShopperReviewed in the United States on June 22, 2017
5.0 out of 5 stars
Not as Far Fetch as you may think
Verified purchase
I felt this movie did a very good job of depicting the struggles teens face as they begin to experiment with their emerging sexuality. In this particular case peer pressure and missing or uninvolved parents create a situation where the only things keeping them in check is themselves. Maybe because these are or appear to be real teens the sex and nudity is about the same as an R rated movie, but it is enough to bring the point home. I did like that out of the chaos two of the kids did find love in the end. By the way I think I remember reading about a situation very similar happening at a high school here in the US. Not sure but I think it was in the south quite a few years ago.
29 people found this helpful

Gary H SchultzReviewed in the United States on February 17, 2020
5.0 out of 5 stars
It's 4:20 in the Afternoon: Do You Know Where YOUR Children Are?
Verified purchase
I found this film Informative, Realistic, Beautifully Directed & Edited, Convincingly and Well-Acted, Photographed, Scored, Sound-Edited.
Perhaps every parent should watch this, sitting down. Remember, when all is said and done, It's not really about nudity/sex itself, it's about the Devolution of a generation's Integrity.
But there's always Hope.
Stay for the montage after the end.
15 people found this helpful

Kira S.Reviewed in the United States on March 9, 2021
2.0 out of 5 stars
Don't waste your time
Verified purchase
If you just want to look at nude nymphets simulating sex, there are other movies that do it better, and with a plot, even. Here, there seems to be no rhyme nor reason for anything that happens. A bunch of high school kids (read: twenty-somethings pretending to be teens) get together to party and decide to take it a little further. The only reason I gave it two stars is that it did inject a note of realism, with many of the participants getting venereal disease(s) and at least one girl getting pregnant. That is not to say that a teenage orgy is not realistic. I am sure they happen. But in most films there are generally only emotional consequences - videos being posted online (which happens here), friends betraying each other by having sex with their friends crush, etc. There is mention that a video posted on the internet will shadow those involved forever. Taking the video down doesn't help. It could have been downloaded by thousands of people and could reappear at any time. There is a reason for the saying "anything you put on the internet is out there forever."
7 people found this helpful

ValReviewed in the United States on April 19, 2020
3.0 out of 5 stars
Cultures don't change Gender Norms
Verified purchase
I felt bad for the women in this film. And the hamsters. Cringey how those hamsters are treated, seriously, and I'm not even an animal activist. And the young girls were forced into sexual situations they aren't willing in but succumb out of peer pressure or aggressive male influence. The "ick" factor of the males in this movie is pervasive. The story is okay, and definitely highlights the inequality of men and women in sexual situations. Not sure if that is intended, probably not. Apparently female sexual subjugation is a French thing, as well as an American thing. Yuck lol
6 people found this helpful

Mr ToadReviewed in the United States on January 5, 2017
5.0 out of 5 stars
Well done.
Verified purchase
It was a great film. It both caught the excitement and freedom of those types of parties, as well as their inherent unsustainability over time with fears of STDs and various emotions that complicate things. It captures the melancholy of remembering something that was never quite what memory makes it, and how it is possible to move on beyond to something better.
13 people found this helpful
See all reviews
Back to top
Get to Know Us
Make Money with Us
Amazon Payment Products
Let Us Help You
EnglishChoose a language for shopping. United StatesChoose a country/region for shopping.
© 1996-2022, Amazon.com, Inc. or its affiliates