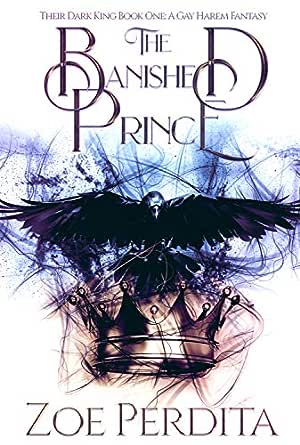 You've subscribed to Their Dark King! We will preorder your items within 24 hours of when they become available. When new books are released, we'll charge your default payment method for the lowest price available during the pre-order period.
Update your device or payment method, cancel individual pre-orders or your subscription at
Your Memberships & Subscriptions
There was an error. We were unable to process your subscription due to an error. Please refresh and try again. 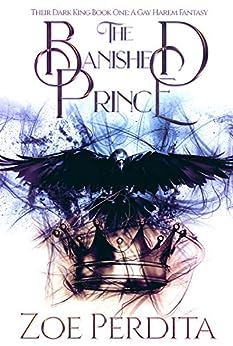 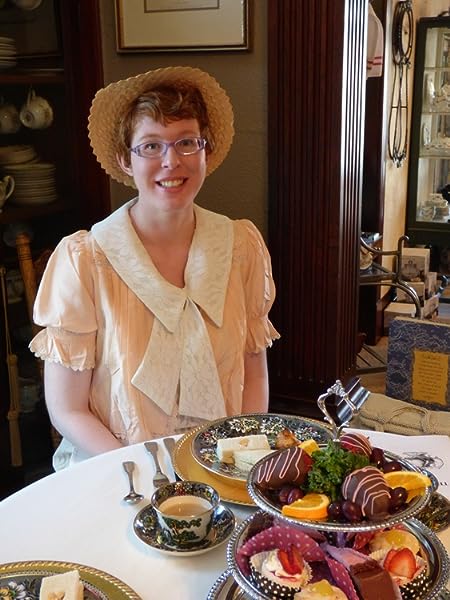 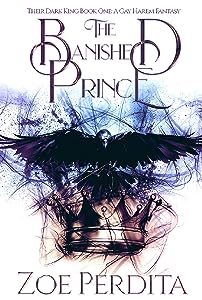 4.7 out of 5 stars
4.7 out of 5
43 customer ratings
How does Amazon calculate star ratings?
Amazon calculates a product’s star ratings based on a machine learned model instead of a raw data average. The model takes into account factors including the age of a rating, whether the ratings are from verified purchasers, and factors that establish reviewer trustworthiness.
Top Reviews

C.R.
5.0 out of 5 stars Great start to a new series!
Reviewed in the United States on March 1, 2020
Format: Kindle EditionVerified Purchase
I wasn't sure at first because the listing said teen & young adult, and I was worried it wouldn't be the type of story I would like. Maybe it would be to "tame" compared to the author's other books or something. So I decided to borrow it on Kindle Unlimited before buying it to see if I would like it. Well... I was not disappointed once I started reading.

This story hooked me from the very beginning, and did not let go until I turned the last page.... which I was secretly hoping would continue on with the next part of the series, but of course, we all know we have to wait until the next books comes out. The characters were great, well developed, and I could feel their emotions as they danced around each other... until Cass, Flynn, and Rook all finally stopped denying themselves what they really wanted.

I just can't wait for the next one!

Margo
5.0 out of 5 stars 5⭐️⭐️⭐️⭐️⭐️
Reviewed in the United States on February 19, 2020
Format: Kindle EditionVerified Purchase
I have to say I haven’t been this hooked in a long time. I think I finished this book in a few short hours I couldn’t put it down. The characters were lovable and relatable and the commentary on classical fairy tails is soooooo interesting. Usually I pass on tale retellings but I’m so glad I picked this book up. The book is dark. Is has a rather morbid and blunt way of telling the story of our three characters and the simplicity is a breath of fresh air. I love the byplay between the three lovers and cant wait for the next book!
Read more
Helpful
Comment Report abuse

Lexicdark
VINE VOICE
5.0 out of 5 stars A fantastic start to a dark fairy tale retelling
Reviewed in the United States on January 8, 2020
Format: Kindle Edition
Wow! This book was so good! This is a series starter book, so you have some background to get through and times of little action at the start. However, it is not dragging or deters from the story. Perdita does a great job of weaving the knowledge in through dream flashbacks Cassian (the Prince) is plagued with. The book also ends on a cliff hanger, but it's a good breaking point, and what appears to be all the main players are introduced and together. There are lots of questions that aren't answered, and lots more journey to go, so be prepared for a couple books.

The story centers around Cassian. a prince who fled the castle when his step-sister apparently killed their mother and took the throne. Cassian flees with his squire (and friend) to a remote village. At the books start, Cassian is grown and work's with the squire's mother (Cassian's nurse as a child) as a healer. It appears he has lead a generally peaceful life, but now things are starting to change. Just when Flynn (the squire) is on his way home after completing Knight training, the castle has announced it will open the gates again after 6 six years. Cassian now has his chance to take back what is his.

The multiple POVs are nice, but not overwhelming. Perdita does a great job of making each characters voice unique, so you don't have to guess who is narrating at the time. As stated before, Cassian is plagued with dreams of the day the throne was taken, but events in the dream are overlapped with what he knows now, and what may be things yet to come. So it's hard to piece together what happened that day. One of the way's this series will draw you back, so you can find out what really happened and why.

I had very little idea what I was getting into with the ARC that was given to me, and it made the story even better I think. No preconceived notions to ruin anything. It's a fairy tale retelling, and even makes references to other tales which is nice. Action scenes are fast passed and exciting. Suspense is just about everywhere, but in a good way. Magic is very involved. Feelings aplenty, both from the characters and for the characters. The feelings the character's have for each other can get rather steamy, but it doesn't distract from the main story, just enhances it.
Read more
5 people found this helpful
Helpful
Comment Report abuse

Phoebe
4.0 out of 5 stars 4 Stars
Reviewed in the United States on January 9, 2020
Format: Kindle Edition
He was once a Prince, then a healer, now Cassion is on the run from mercenaries and witch hunters. His companions are a trusted friend and a questionable thief. His plan? Take back his throne of course.

Prince Cassion is now living on the outskirts of a village helping his nursemaid heal the people of the village as an assistant mid-wife. His only companion is a crow which scares the village folk. One night the villagers bang on his door with a young girl they are accusing of witchcraft.

Suddenly nothing and no one is who they seem except for the young innocent girl they are accusing. Afterwards, Cassion’s home is decimated and everyone is dead except for his Nursemaid, the innocent, the crow, his best friend, and miraculously him. Now they need to run.
From this moment on Zoe Perdita takes on an adventure in The Banished Prince (B083JPL4TK, 2020). Perdita writes a story mixed up in the past of truths and half-truths. A story half-seen of visions and what might be so not even the reader never mind Cassion knows what is the truth is what is not. Very exciting.

The story is full of magic and mythology from Romania to fairy tale. It is fun to try and read in between the lines and figure it what might be, but the story does not even give you time to take a breath to do that it moves along so fast.

The only thing that does not move fast is the slow-burn romances. Perdita allows gives us a solid foundation for these relationships through flashback and through their current adventures. I love both relationships. I do have to say that I thought a third relationship was in the offering, but I guess I will have to wait and see.

I cannot wait to see what is next! The Banished Prince is the first book in the “Their Dark Prince” series. ✶✶✶✶

I received an ARC of this book and I am writing a review without prejudice and voluntarily.
Read more
5 people found this helpful
Helpful
Comment Report abuse

Stina
5.0 out of 5 stars Wow! Did not see this story coming!!
Reviewed in the United States on January 12, 2020
Format: Kindle Edition
The Banished Prince, were my first book by this author. It's a new twist on a old fairytale, and I liked it!

"If he could destroy a mob of men into nothing but ash and bones, it seemed like he might be able to accomplish his goal of reclaiming his stolen throne. Only, how much of the kingdom would be left when he was finished?"

I really enjoyed that we got to read from multiple POV's. It really strengthened the story, and it's an easy way to let us get to know each characters better.

"I knew nothing of the world then. What did I know of it now? Fate was cruel. Everyone lied. And everyone needed to watch their own back, for no one else would watch it for them."

I can't wait to read the next book!!
Read more
2 people found this helpful
Helpful
Comment Report abuse
See all reviews from the United States

Summertimememories
5.0 out of 5 stars Absolutely brilliant
Reviewed in the United Kingdom on January 8, 2020
Format: Kindle EditionVerified Purchase
So different to what I have read before, I loved it.
Cassian, Rook and Flynn, and now the Huntsman.
I love the magic the world building finally a book with magic and the dead, with love and twists and turns.
I can't wait for book 2.
Read more
Helpful
Sending feedback...
Thank you for your feedback.
Sorry, we failed to record your vote. Please try again
Report abuse

Renee
5.0 out of 5 stars What can I say, Zoe Perdita has done it again.
Reviewed in Canada on January 29, 2020
Format: Kindle EditionVerified Purchase
Great start to what I'm certain will be an awesome series. I love the three characters so far, talk about a mix of every personality... it'll be interesting to see where these three go next!

Waiting patiently, or not so patiently for the next installment!
Read more
Helpful
Sending feedback...
Thank you for your feedback.
Sorry, we failed to record your vote. Please try again
Report abuse