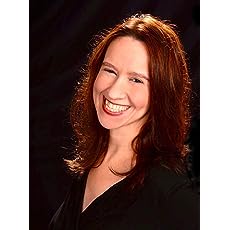 About Barbara A. Barnett

Barbara A. Barnett is a writer, musician, librarian, Odyssey Writing Workshop graduate, coffee addict, wine lover, and all-around geek. Her fiction, which ranges from the dark to the wacky, has appeared in publications such as Beneath Ceaseless Skies, Lady Churchill's Rosebud Wristlet, Fantasy Magazine, Cast of Wonders, Orson Scott Card's Intergalactic Medicine Show, Daily Science Fiction, and Flash Fiction Online. Barbara lurks about the Philadelphia area, where she lives with her husband and a pantsless stuffed monkey named Super Great. You can find her online at www.babarnett.com.
Read more 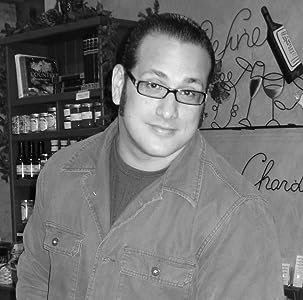 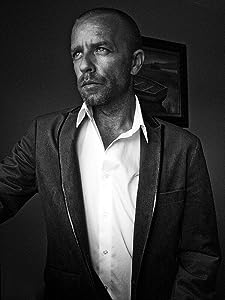 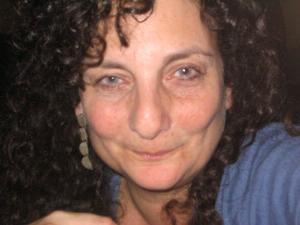 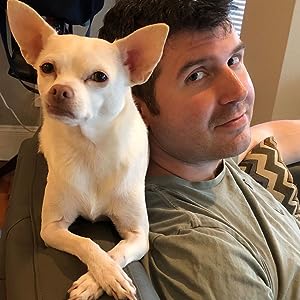 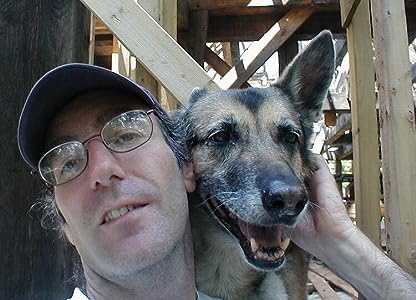 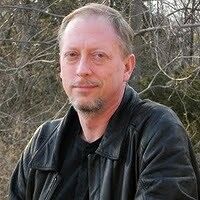 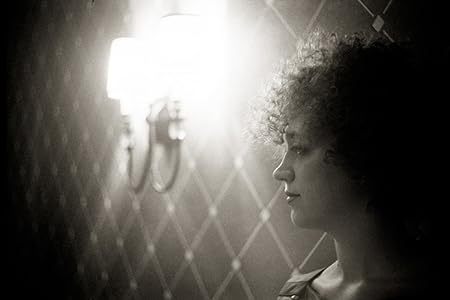 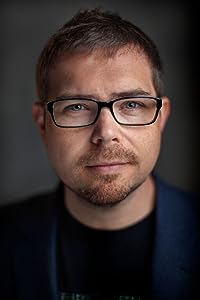 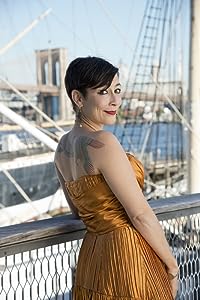 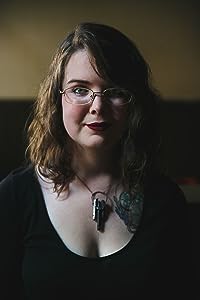 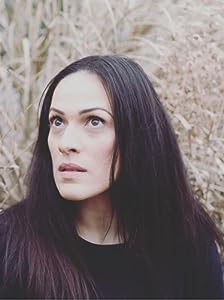 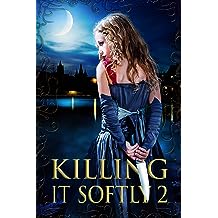 The Best by Women in Horror

Beneath the icy depths of this next installment, you’ll be plunged into a world where 38 female horror writers give you a glimpse of their inner-demons, unleashing the hell-fire they suppress in the ‘real’ world. It will disturb you to discover what really lurks inside their minds, because many of these stories delve into pain that can only be experienced by women—leaving you unhinged as you curl up with them during their darkest hour.

Post-partum depression, hording, anorexia, and mental health will be brought to light when viewed through the shadowy perspective of cognitive deception.

Sci-fi, romance, steam-punk, and fantasy intertwine with horror to deliver unsettling, chilling stories; traditional tales of witches, zombies, werewolves, and vampires will be told in twisted new ways that will shock, unnerve, and even repulse you…and within these pages, sometimes new monsters will arise from the ashes.

You may even discover that women can not only write good horror…but in some cases, can do it better. 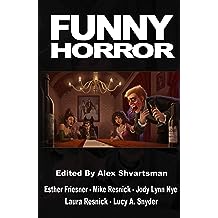 Read this book to: 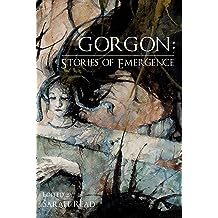 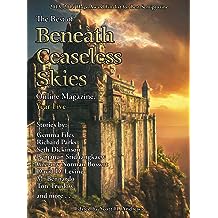 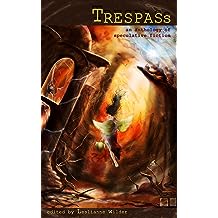 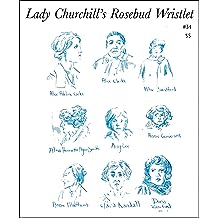 Lady Churchill's Rosebud Wristlet No. 34 Aug 22, 2016
by Kelly Link , Gavin J Grant
( 2 )
$2.99
There are no ghostly bumps in the night, no loud noises, no cheap shot surprises to knock you out your seat. Instead: stories and poetry  so much excellent poetry!  that knock all the dust off your edges, the pencil off your table, the crown off the monarchy.
Read more
Other Formats: Paperback 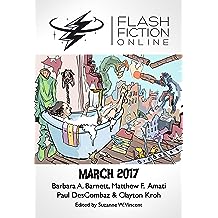 Flash Fiction Online March 2017 Feb 26, 2017
by Suzanne W Vincent , Barbara A. Barnett , Matthew F. Amati , Paul DesCombaz , Clayton Kroh , Jason S. Ridler , Dario Bijelac
$0.99
This quote comes from horror film legend, Vincent Price (1911-1993).
"There is nothing more soul-satisfying than the first succulent bite into the juicy...."
Unfortunately, I expect many of our readers have never heard of Mr. Price. If that's the case (and even if it's not), check out Vincent Price Reads Poe's "The Raven."
Price was the master of the horror film villain. Later in life, he befriended a shy young fan of Classic Horror Films by the name of Michael Jackson, and appeared in and did voice work for that young singer's music video for a little song titled "Thriller," from the album of the same name. That album remains the single best-selling album of all time.
Why is this important to this month's issue?
Because we've decided to bring you a horror-themed issue.
Before you hit that Back button, because horror just isn't your thing, I ask you to give it a try with just one of these stories and see if, maybe, you might want more. Because, honestly, many non-horror readers think of Texas Chainsaw Massacre when they see the word 'horror.'
But horror is SO much more. Really excellent horror doesn't gross you out, but it does give you the shivers. It's disconcerting, rather than deeply disturbing, because the truths in horror hit too close to home for us to feel comfortable facing them--which is what makes horror all the more fun! It's the thing that makes clowns and dolls creepy--the uncanny.
First up, from returning FFO author Paul DesCombaz, "Dos and Don'ts."
And an FFO THREE-peat from Matthew F. Amati, "To Comfort the Headless Child."
Next, a wonderful nod to every horror trope, EVER!, "The Girl Who's Going to Survive Your Horror Movie," by yet another FFO alum, Barbara A. Barnett.
Last up, our reprint of the month (yes, it's horror, too!), "The Yankee at the Sitting-Up" by Clayton Kroh--his first publication with us.
Plus a new FXXK WRITING from Jason S. Ridler -- a heartfelt memoriam to Steve and Melanie Tems.
Read more 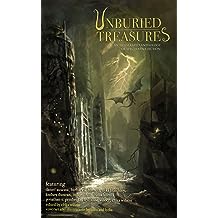 Unburied Treasures: an illustrated anthology of speculative fiction May 31, 2014
by Daniel Ausema , Barbara Barnett , Nyki Blatchley , Lindsey Duncan , Indigo Dylis , Jonathan S. Pembroke , Leslianne Wilder , Armando Barnaba , Erika Wilson , Lydia Kurnia
( 1 )
$2.99
What do you think of when you hear the word ‘treasure’? Do you picture gold and jewels spilling out of an iron-bound chest? See a glimpse of rare antiques hidden away in an attic? Or is it something more personal? Are there precious mementoes and gifts that are important to you? Pictures and talismans which never fail to kindle intense thoughts and feelings within you?

Treasures can be heroically gained or tragically lost - and be held all the more dear for it. Treasure can mean both the warm golden glow of memory, and the sharp-edged sparkle of adventure. Discovered treasure may promise a future of ease and delight, or be a reminder of war and chaos. There is treasure of the mind and treasure of the heart. Ideas, dreams, and intimate connections are all to be treasured.

So what treasures do you seek? Venture into the anthology.There are riches of every kind collected here.
Read more 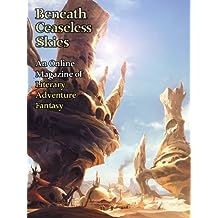 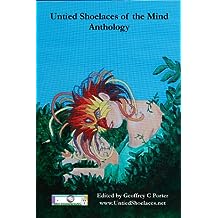 Untied Shoelaces of the Mind has something for every reader.
Read more
Other Formats: Paperback 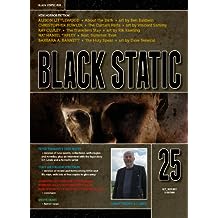 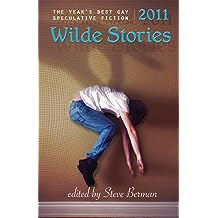