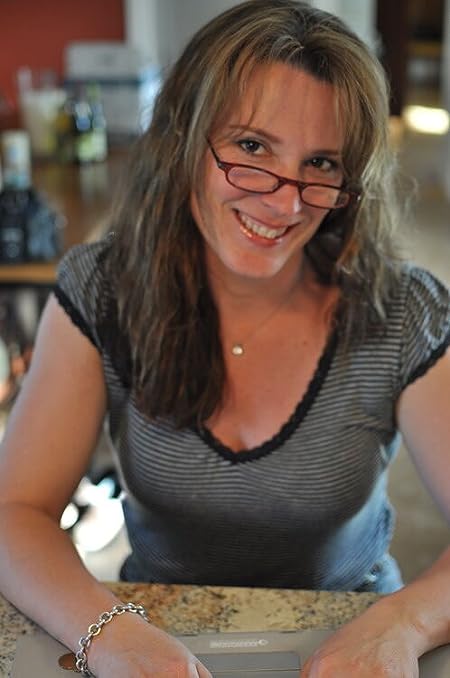 Barbara E. Hill is a life-long reader and writer of Science Fiction and Fantasy. She received her B.S. in Organismal Biology from the University of Kansas and went on to finish her M.A. in Creative Writing in Science Fiction under the direct tutelage of James Gunn at the University of Kansas in the early 90's. She minored in the study of medieval, Arthurian and Shakespearean literature and as a result much of her work has a dark ages feel.

Barbara lives in an antique two-story Victorian house that hosts a few ghosts with very progressive thoughts on how to live with humans. Among other things, this paranormal situation creates a bubble of magic that seems to be a beacon to any critter that needs human intervention. It usually means food, shelter and ridiculous veterinary bills. When she isn't writing, this modest but charming home keeps her busy with gardening, decorating, and fixing whatever the critters or ghosts have chosen to meddle with.

She began NobleFusion in the dawn of 1994 and holds the expanded collective as her favorite authors and the Principle Founders among her closest friends. 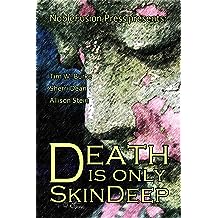 Death Is Only Skin Deep Jul 26, 2013
by Tim W. Burke, Allison Stein, Sherri Dean, Barbara E. Hill
( 2 )
$0.99
Through Death comes new Life. But Death takes shortcuts...
…Through parlors of the wealthy.
…Through battlefields of conquered Dixie.
…Through graves tiny and pitiful.
Discover the most macabre ways to new life in these three chilling gas-lit tales, presented in the tradition of the Grand Guinol.
A mystic’s love compels a ghastly reincarnation between “The Garden and The Mirror.”
A widow longs to escape war and covers an unspeakable crime with her special “Sausage and Biscuits.”
A child hungers for love, warm and fulfilling, bite by bite, in “Little Zombie Lulu.”
These tales guide you through the darkness of the heart to a bright light that reveals hope turned feral.
Sometimes, the path of good intentions leads through the abattoir.
Death Is Only Skin Deep.
Read more 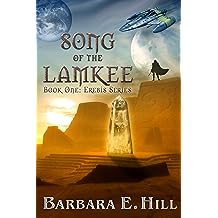 Song of the Lamkee (Erebis Series Book 1) Mar 1, 2013
by Barbara E. Hill
( 12 )
$2.99
When human colonists settled the planet Erebis they genetically modified their working class with radical alterations granting them the ability to breathe water or soar between treetops – humans custom designed to survive and work in the extreme conditions of the four resource-rich moons orbiting her.

On Gaea however, covered in rocky plains and mountains rich in ore and gems, the modifications of the people are not so obvious, if they are even there at all. And only on Gaea live the lamkee: thumb-sized insects with gem encrusted backs and an uncanny hive mind that hints at sentience.

Meanwhile, the elite of Erebis reveled in the bounty of the four moons harvested by the slave labor of their half-breed cousins.

But corruption and conflict amongst the planet’s pure-bred human factions led to a technological disaster that destroyed all life on Erebis in a toxic conflagration of biblical proportion.

Fearing the same fate would befall them, the inhabitants of the four moons destroyed all technology and created the Order of Logen to ensure their safety from it. Suddenly divested of technology, the people were plunged into a brutally medieval existence.

1,400 years later, caches of buried Technology surface and power shifts between the Logen and the Principality, giving rise to a centuries-long cold war. But when a new cache of game-changing Technology is discovered and the Principal is assassinated, war erupts. Talin, the Principal’s heir, suddenly finds himself fleeing his sister’s coup and unexpectedly in a psychic bond with the cantankerous leader of the lamkee, who has taken it upon himself to help save Talin’s life and his throne.

Now, as the Logen attempt to unleash the power of Ancient Technology in a final bid for domination, Talin and four strangers – a warrior, a terrorist leader, a renegade Logen, and a friend gone rogue – are about to be drawn inexorably together along with the lamkee to stop a Technological disaster as devastating as the one that befell Erebis and will put not only their own lives but the very fate of humanity in jeopardy.
Read more
Other Formats: Paperback