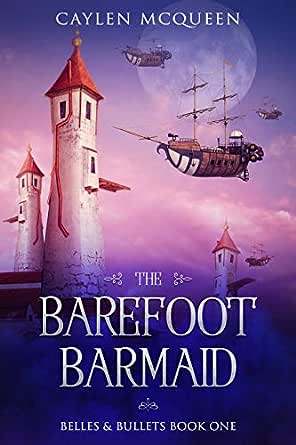 You've subscribed to Belles & Bullets! We will preorder your items within 24 hours of when they become available. When new books are released, we'll charge your default payment method for the lowest price available during the pre-order period.
Update your device or payment method, cancel individual pre-orders or your subscription at
Your Memberships & Subscriptions
There was an error. We were unable to process your subscription due to an error. Please refresh and try again. 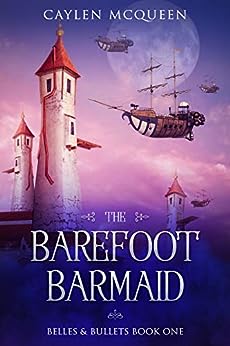 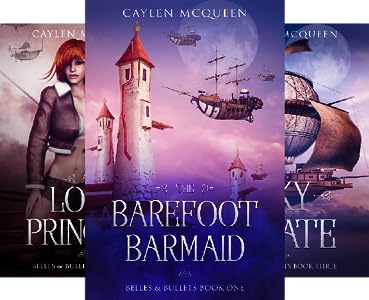 3.7 out of 5 stars
3.7 out of 5
31 customer ratings
How does Amazon calculate star ratings?
Amazon calculates a product’s star ratings based on a machine learned model instead of a raw data average. The model takes into account factors including the age of a rating, whether the ratings are from verified purchasers, and factors that establish reviewer trustworthiness.
Top Reviews

Kindle Customer
1.0 out of 5 stars Not a Complete Book
Reviewed in the United States on February 27, 2018
Verified Purchase
It always amazes me to see 5 star reviews for a book that doesn't have an end.
Do the reviewers actually read the book?
In freshman English, I was taught, a story has a beginning, a middle, and an end.
I mean, how difficult is it?
I might also suggest that the author not rely on spellchecker.
The cost of a bus is fare, not fair, and one cannot have injuries without casualties.
Read more
23 people found this helpful
Helpful
Comment Report abuse

RoofingPrincess
2.0 out of 5 stars Cliffhanger :(
Reviewed in the United States on May 7, 2018
Verified Purchase
I wish I’d read the reviews before getting this book. I generally do not get books that do not end properly. I feel it’s a ploy by the author to sell more books. Fairly well written, definitely entertaining, but it losr stars for leaving everything hanging.
Read more
10 people found this helpful
Helpful
Comment Report abuse

winn
4.0 out of 5 stars An entertaining adventure
Reviewed in the United States on August 27, 2019
Verified Purchase
I was looking for something that wouldn't make me struggle just to enjoy an adventure, and this did the trick. It was a fun, fast read with a bit of snarky humor.

I was a little worried that it might go "dark" based on the scene leading up to meeting the Jack Sparrow-esk character (and "savior") Francis Doon. But luckily it didn't.

It ended up being a fun spin on a Cinderella meets Pirates of the Caribbean tale thanks to mistaken identity. The event lifts the main character, Kitt, out of squalor--though not willingly--when she is mistaken for a missing princess.

The first third (ish) of the story takes place on Doon's pirate ship, with a bizarre cast of characters interacting: like Bryce--who seems lovably dense, but also dangerously daunting. And Miles, who is a bizarrely proper character (like a butler) that runs with Doon often shedding light on the Pirate's more vulnerable aspects. These relationships develop as Doon, and his crew haul Kitt to the Royal family. They plan to pass her off as the missing princess--a reunion that will, of course, come with a bundle of cash in bounty and plenty of trouble.

I love that Kitt is a strong female protagonist. Despite the fact that she puts up with way too much crap from her step-mother, she's a realistically strong female. And her predicament gets pretty sticky when she attempts to step into the real princess's future. It's filled with situations that the 'real princess' may have been happy to escape, had she not disappeared under suspicious circumstances.

There are enough uncertainties about who's an ally or backstabber, and who will win Kitt's heart--Roderick, Doon, Malik (which is an undercurrent of the story)--to keep it mysterious and fun.

Kitt seems to have more of an impact on the worlds she enters than they on her--which is fine. She doesn't lose herself but manages to help others elevate (at least it initially appears that way, but there are twists in how the relationships play out). Some manage to redirect their moral compass--others don't.

Parts of it 'read' like YA, but some of the language and a few moments are too 'adult' for a YA. It probably falls into a New Adult category.

As a few of the other reviews mention, the ending was abrupt. I agree. I'm assuming as a launch into sequels, but needed to have a 'true' ending. The sentences aren't eloquent, and don't need to be--it's not that kinda story. It's an entertaining adventure. It's a sit on the beach and get lost for a while sorta book.
Read more
One person found this helpful
Helpful
Comment Report abuse

dolly pardons
1.0 out of 5 stars Cliffhanger without warning
Reviewed in the United States on July 16, 2020
Verified Purchase
I won't say anything about the quality of the writing of this book because the quality doesn't matter when it is a cliffhanger without forewarning. I never read cliffhangers unless forewarned and I am able to buy all books in the series.
Consider yourself warned.

Michael McFarren
4.0 out of 5 stars Gripping adventure
Reviewed in the United States on February 17, 2018
Verified Purchase
Fun adventure story that hooks you in to reading well beyond bedtime. Kitty is a barmaid that is having a horrendous time, but wasn’t expecting this drastic change to be the queen’s stand in daughter and the queen doesn’t seem to realize she isn’t. The twists and turns are unexpected. The action scenes are absorbing. Enjoy a fun read.
Read more
One person found this helpful
Helpful
Comment Report abuse

MB
5.0 out of 5 stars Both funny and dark
Reviewed in the United States on July 2, 2017
Verified Purchase
I wasn't too sure I would like this book since I'm not that familiar with steampunk, but it drew me in quickly.
It's sometimes funny and sometimes dark. I do think it gets more interesting after Kitt reaches the castle, which occurs about a third of the way in.
I definitely don't regret the time I spent with this book and I'll be reading the next one soon!
Read more
One person found this helpful
Helpful
Comment Report abuse

JK
3.0 out of 5 stars OK story, but leaves you hanging for next book...
Reviewed in the United States on April 2, 2020
Verified Purchase
The story was OK, and not poorly edited.
It leaves the reader hanging for the next book, but I'm not really interested enough in it to buy it at regular price.
Read more
Helpful
Comment Report abuse

BF
5.0 out of 5 stars Such a fun read!
Reviewed in the United States on October 1, 2019
Verified Purchase
I really enjoyed the humor of this charming little story -- I was chuckling to myself every few pages for sure. Because the humor highlights the barmaid's situation so well, it's easy to connect with her as she's called to adventure. The story unfolds very well and at a brisk pace and even though it ends abruptly, I'm definitely excited to read the next book!
Read more
Helpful
Comment Report abuse
See all reviews from the United States

Dahrose
1.0 out of 5 stars Delivery, characters and pacing require work - no spark here
Reviewed in Australia on November 14, 2019
Verified Purchase
Liking the idea of this premise - steampunk/historical romp where sky pirate mistakes barmaid for a princess and captures her for the reward - I snapped up this freebie. Who wouldn't? The blurb is well written and suckered me in... unfortunately I don't think the author actually wrote the blurb, because the book itself? Needs major re-work on the writing front.
I got to the 20% mark and had to give up, found my nose wrinkling in distaste and displeasure too frequently to continue. This story should have been light, whimsical and heavy on the swashbuckling. Instead, the pacing is bad. The opening chapters poorly set up both the characters and the story.
And the characters motivations? At one point the pirate captain actually thinks the barmaid may not be the princess but she's a close enough match to fool the queen.... say what now?
The supporting cast were so broadly stereotyped - the bad stepmother, the pirate with a speech impediment, the perverted pirate crew? There is no way this story is going to go in a direction I can either like or respect (all that talk about boy tits? Ick) And neither lead is cast in a very good light for that matter. Doon is a bit of a prat, and the barmaid is a virgin, destitute, dreaming of escaping her dreary life but there is little about her that comes across as smart, capable or sparked my need to read her story.
More than anything the writing style, and delivery needs major work. Capturing the reader, presenting characters that I want to cheer for and read about should be the author's number one goal. This effort feels rough. Fails right out of the gate to get the set up right. Then lolls about giving us nothing for a few chapters, then wham, he kidnaps her with almost no interaction and at this point the heroine is still very much one dimensional, so as a reader I could care less.
DNF and won't be trying again.
Read more
Helpful
Sending feedback...
Thank you for your feedback.
Sorry, we failed to record your vote. Please try again
Report abuse

Fabulous, well defined characters and such Totally Unexpected twists and turns - you just won't see it coming. No matter what you're thinking - you're wrong! 😲 You have to read it to believe it ... and then you'll just have to get the next book because you just can't guess what's coming next.

Kindle Customer
4.0 out of 5 stars An episode, not a book.
Reviewed in Australia on November 10, 2019
Verified Purchase
Not a true Steampunk novel, just set in the Steampunk universe. No improbable machines just an improbable plot.
Given its faults it's an easy read.
Read more
Helpful
Sending feedback...
Thank you for your feedback.
Sorry, we failed to record your vote. Please try again
Report abuse