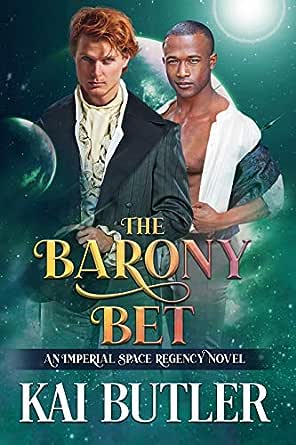 You've subscribed to Imperial Space Regency! We will preorder your items within 24 hours of when they become available. When new books are released, we'll charge your default payment method for the lowest price available during the pre-order period.
Update your device or payment method, cancel individual pre-orders or your subscription at
Your Memberships & Subscriptions
There was an error. We were unable to process your subscription due to an error. Please refresh and try again. 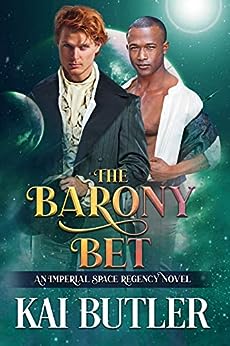 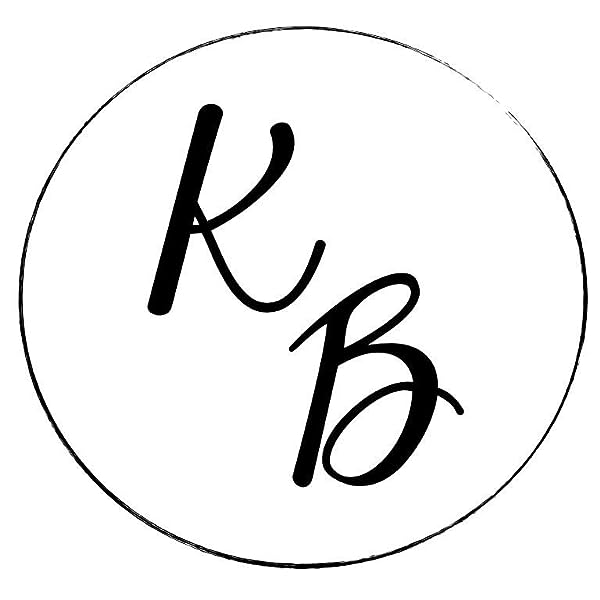 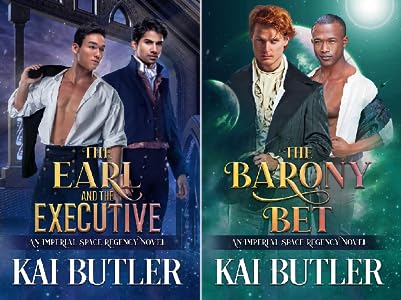 Bookoutbelow
5.0 out of 5 stars 4.5 stars!
Reviewed in the United States on October 5, 2020
Verified Purchase
4.5 stars! This is one of those authors/series that I’m so glad to have stumbled upon because I’m absolutely enthralled with it. It’s been quite some time since I’ve read the first book, but each book stands alone so I was perfectly fine immediately jumping into this one. Again, I have to reiterate just how flipping cool it is to read a regency novel set in space. I’m sure there are other books like it, but this series was my introduction to that really interesting interplay of almost historical ideas/people set in a futuristic world.

In this story we had best friends, and proficient gamblers, Bonre and Naim, working together to fix up an old manor filled with some truly terrible people, all while falling desperately in love with one another. (Well, Bonre was already in love, but unrequited love is sad so we will brush over that). It was surprisingly funny, these two bantered back and forth amazingly, sweet, tender, and at times full of adventure. I truly hope this isn’t the end of the series, because I really want to read more.
Read more
Helpful
Comment Report abuse

R Keebler
5.0 out of 5 stars Regency SciFi mashup
Reviewed in the United States on October 5, 2020
Verified Purchase
Naim, Earl of Deva and Mister Bonre Asta. While they are the best of friends, Bonre wants so much more. When Naim must travel distant planet to show his father he is fit to receive his inheritance he can’t leave his best friend behind. Forced by a fairly evil woman’s machinations, they have to pretend to be engaged.

Regency meets SciFi. This was kind of a mind boggling story. All the pomp of the regency period, clothes, class distinctions, titles, upstairs/downstairs and rabid propriety. Mixed in with space travel, electronic devices, flying cars, space pirates, and stored embryos.

I quit reading regency romance around the time I discovered Science Fiction. This mashup was great. Of all the genres I’ve read I think this is the most imaginative. I will definitely be reading the first book in the series.
Read more
Helpful
Comment Report abuse

Second, THE WRITING! Oh. The style of writing reminds me why I love regency books and films so very much. To add regency to romance? Great. Perfect. To have a Queer Regency Romance that features Fake Relationships and Best Friends to Lovers as a trope? Listen, you should just click buy on this and just let the brilliance of this author's writing soak into your psyche. Not being dramatic, but you're missing out on an experience if you don't and you just messed up 2020 even more for yourself if choose to ignore by suggestion.

Yes, it was a bit slow going. Yes, it's in third person. However, I learned to appreciate that slow start at the beginning of the story because it helped to establish that part of the world building. The third person POV was interesting, I think I would have preferred first person but LOVED that it was dual POV either way. I still say this was perfection, anyone who says otherwise is of course entitled to their very wrong opinion.
Read more
Helpful
Comment Report abuse

You know when you read the term “rollicking” and you think to yourself, “What does that even mean?” It means this book. Seriously, I would usually snicker at the term “rollicking good time of an adventure romance” except...well… that’s what this is.

I mean - what else would you get with best friends trying to figure out what they mean to each other (turns out that it’s everything, they mean everything to each other) as they: save a barony from a nefarious woman of ill-repute; deal with an elderly butler who meanders somewhat physically and mentally; sort out the futures of 3 young women they don’t quite know; and manage to cross paths with spies, space pirates, officers of the Imperial Space Navy, and an overly-strict father in need of a bit of attitude adjustment in the process. Oh, and place lots of bets with each other throughout.

This is frothy light-hearted romance at its best - Heyer-in-space without the problematic bigotry, the Liaden universe with more banter. Set aside a day and be ready for people to ask why you keep laugh-snorting while you read.

Dee Slate
5.0 out of 5 stars What a romp! Totally enjoyed it!
Reviewed in the United States on October 15, 2020
4.5 stars! This has restored my faith in space Regency stories:) At first, I wasn't I sure I liked Deva - he seemed a bit of a doormat with little backbone *didn't help that he didn't stand up to his father). But, once really he's been trying to keep his out of trouble. Once he's out of his father's orbit (literally) and along with his best friend, Asta, he really comes into his own.
Asta has quite an adventure - dealing with treachery, being coerced into a fake relationship with his bestie and finally finding love with said bestie made for a very entertaining story! Lots of funny and sweet moments.
Read more
Helpful
Comment Report abuse

Susie Umphers
5.0 out of 5 stars Another great entry in the series
Reviewed in the United States on October 15, 2020
Who would have ever thought of a regency/sci-fi mash-up, and who would have ever expected it to work? But boy does it! The first volume was great and so is this entry. The fake boyfriends trope is done to a turn here and Deva and Asta are a great pair. Takes a while for Deva to realize what is right in front of him, but watching these two work together to ensure Deva gets his inheritance and discover seeing Asta realize he is going to get what he's always wanted was just delightful.
Read more
Helpful
Comment Report abuse

Clara
5.0 out of 5 stars fantabulous
Reviewed in the United States on October 5, 2020
Oh my, this is such a lovely book. Regency romance in space? Yes please. I really liked the first book in this series, so I was quite excited to read this one.

Deva is just such a fun character. You can feel his warmth and sincerity jumping off the page. He doesn't let his station get to his head, and he treats people quite well.

Asta really is loyal and he cares so much, even if he hides it well.

Amazon Customer
4.0 out of 5 stars I finished the book with a smile on my face
Reviewed in the United Kingdom on October 20, 2020
Verified Purchase
Its an interesting universe with likeable characters.
.