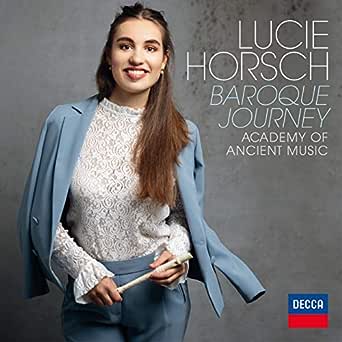 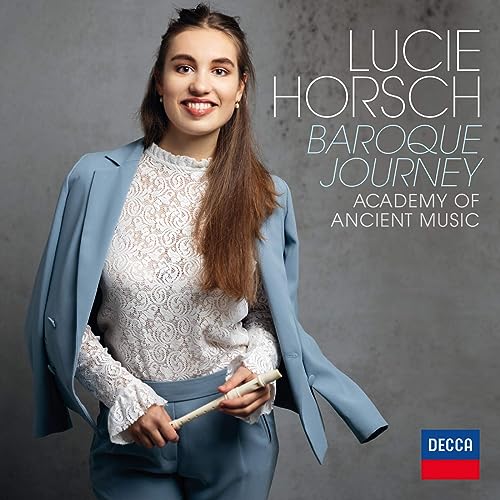 GeekRev
5.0 out of 5 stars This album will bring you joy!
Reviewed in the United States on April 14, 2019
Verified Purchase
Performances infused with joy! Even if you are not partial to baroque music (or classical music of any kind for that matter), this album will bring happiness to your heart! Astonishly gifted soloist, experienced and responsive ensemble, and a conductor who brings out the best in everyone, with spot on engineering.
Read more
3 people found this helpful
Helpful
Comment Report abuse

Andrew M. More
5.0 out of 5 stars Fantastic Artistry.
Reviewed in the United States on July 13, 2020
Verified Purchase
If you like Baroque music, this CD is filled with extraordinarily beautiful and technically incredible music.
Read more
Helpful
Comment Report abuse

artemis 1291
5.0 out of 5 stars The Beauty of Baroque Recorder Music
Reviewed in the United States on March 7, 2019
I have always liked a recorder because it was the first musical instrument I loved to play. In fact, my occasional playing a recorder in front of the class was often egged on by my teacher’s compliments thereon. Apart from my sovereign sentimentality conferred thereon, the recorder is a wonderful woodwind musical instrument: light in weight, affordable in price, delightful in timbre, and easy to learn, it has been adopted as a part of music curriculum at many elementary schools, just as ancient Greek schools necessitated students to learn an aulos or a lyre. However, this seemingly insouciant musical instrument was the centerpiece of Baroque music because of its florid and vivacious sound that strikes the chords with busy, sophisticated, delicate melodies of Baroque, the term which originally means irregular shapes of pearls in Portuguese. So much so that Vivaldi, Handel, and Bach had composed music just for the recorder long before the cello, the violin, or even the harpsichord came into the scene and outclassed the lovely recorder.

Ergo, the wanting of its significant contribution to the history of music and of its tainted beauty of the timbre has recently been brought to light, especially in Europe. The heroine of this jubilant revival of the Baroque recorder music is Lucie Horsch, a young Dutch recorder player whose musical finesse characterized by her vivaciousness of technicality and instinctive understanding of baroque music makes her exquisite musicianship look effortless and seamless. That classical music is not for the old conservative snobs but for anyone who has an ear for beautiful music is a tenet of the Arts on the grounds that the standard of taste and reason is universal in all humans as regards the principle of sentiment and judgment is common in humankind. As illustrated in this music video, Horsch and her musician friends represent the democratizing of classical music in general, making it accessible to enjoy for all, not a prerogative of a few fortunate in a stuffy concert hall.

If you are a novice in Baroque music, then Lucie Horsch’s Baroque Journey is a choice introduction to the world of Bach, Handel, and Vivaldi. She will be your Beatrice who will guide you to Paradise of the music, as she did for Dante in the Divine Comedy. In my opinion, the best number is The Arrival of the Queen of Shiba by Handel, for it best shows Horsch’s dexterity of playing the recorder flawlessly, delivering the best of her musicality with a burst of pep like a vivacious sprite.

cikila111
5.0 out of 5 stars Beautiful and inspiring!
Reviewed in the United States on October 21, 2019
What beautiful music played by an amazing talent on the recorder. I've started playing again after many years as a hobby. I will never come close to Lucie's talent, most people wouldn't, but listening to her still inspires me to improve. Watch her on YouTube and you won't believe your eyes and ears!
Read more
Helpful
Comment Report abuse
See all reviews

Mrs J Davis
2.0 out of 5 stars Poor quality package but excellent music cd.
Reviewed in the United Kingdom on February 8, 2020
Verified Purchase
The music quality was great but the cd case was badly broken with broken hinges and a smashed front .. The parcel was undamaged and the cd well-wrapped. The quality was designated 'good' but the goods turned out very poor indeed.
Read more
Report abuse

steve bourke
4.0 out of 5 stars Immerse yourself in baroque
Reviewed in the United Kingdom on April 2, 2019
Verified Purchase
Excellent journey through baroque
Read more
Report abuse

Tony
5.0 out of 5 stars Good listener
Reviewed in the United Kingdom on August 12, 2020
Verified Purchase
Great music how does she play that fast very calming
Read more
Report abuse