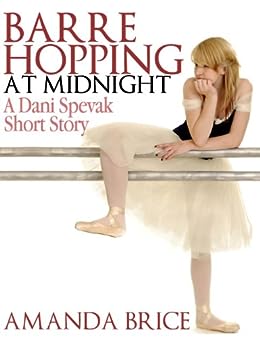 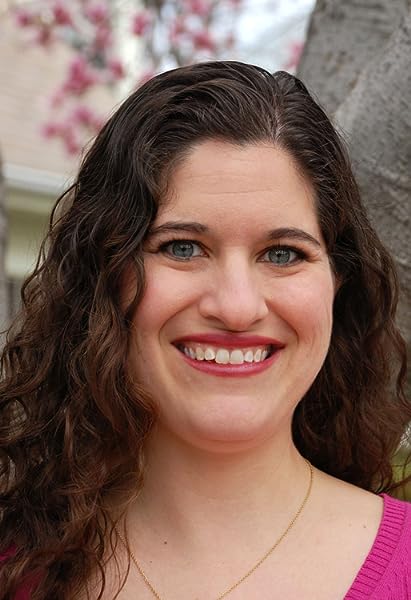 Pop Bop
TOP 100 REVIEWER
4.0 out of 5 stars Smart, Clever and Engaging
Reviewed in the United States on April 29, 2013
Verified Purchase
This is pretty short even for a short story, but it's long enough to give you a good sense of this series and of the heroine. Since it's currently a Kindle freebie you could think of it as a really nice, long self contained sample.

This series seems to be much more of a school days/girlfriends/romance effort than a mystery series, but that's O.K. because it does what it does very well. Our heroine, Dani Spevak, is a talented ballet student at Mountain Shadows, a performing arts boarding school. She has friends, enemies, and frenemies. She has a sort of boyfriend, who is an actor on the verge of stardom. She has to stress about school, her boyfriend, her career, and her love life. Every now and then she stumbles across a crime victim and finds herself in the middle of another mystery.

Dani is an engaging protagonist. She is a combination of talent, confidence and vulnerability. She is a reliable narrator with a self-deprecating sense of humor. She has not been created with a lot of quirks or with any burdensome backstory, so the whole impression she leaves is fresh and spirited.

This very comfortable vibe is complemented by the fact that her friends are catty, but funny-catty and talking trash for laughs and giggles. Even the bad guy mean girls are "mean light", in that their comments aren't deep and don't score. I'm not a fan of the mean girls books where the emotional damage being handed out is uncomfortably real. Being a teen is hard enough without having to feel sorry for fictional victims.

This light tone is sustained by the plots and the general flow of the action. For example, there is a running joke throughout the series based on the "Twilight" saga. Here, there is a "Midnight" hit series penned by Bethany Beyer, an alum of Dani's school. It involves a vampire, a werewolf and a girl. Dani's actor boyfriend has the Robert Pattinson role in the movie version that's being filmed. This setup allows for a running set of snarky comments about the whole "Twilight" phenomenon. It's sort of an inside joke between the author and her readers, which seems to me to set just the right tone for a book like this. In the same vein there are cutting edge pop culture references on practically every page, which makes the books practically a quiz on daily events for the alert reader. I don't know if that will help these books age well or will condemn them to early obsolescence, (will readers in 2023 know who Lady Gaga is/was?), but for now they add a lot of interest.

So, they're light, fun, clever and engaging. Sometimes that's just what you want, and these books honestly deliver.

Please note that I found this book while browsing Amazon Kindle freebies. I have no connection at all to the author or to the publisher of this book.
Read more
6 people found this helpful
Helpful
Comment Report abuse

Diane Kelly
5.0 out of 5 stars Cute book!
Reviewed in the United States on March 14, 2014
Verified Purchase
I've enjoyed all of Amanda Brice's stories! Great heroines and entertaining storylines keep you engaged from page one until the last word. The dance themes are lots of fun, too!
Read more
2 people found this helpful
Helpful
Comment Report abuse

diane parrish
5.0 out of 5 stars This book is Awesome!!!!!!
Reviewed in the United States on October 9, 2013
Verified Purchase
I love this book it is a short little story but it shows ha dancers life is and how quickly they react!! 5 out of 5, stars!!!!!!!:)
Read more
2 people found this helpful
Helpful
Comment Report abuse

Allaroundhorse2011
2.0 out of 5 stars Two Stars
Reviewed in the United States on February 22, 2015
Verified Purchase
Not all that interesting of a book.
Read more
Helpful
Comment Report abuse

thatonegirl
5.0 out of 5 stars Five Stars
Reviewed in the United States on October 11, 2015
Verified Purchase
I love ballet, what can I say?
Read more
Helpful
Comment Report abuse

Darlene B. Collins
3.0 out of 5 stars Three Stars
Reviewed in the United States on August 21, 2014
Verified Purchase
Not for a mature reader. Found it to be more of a
"teenage girl" type story.
Read more
One person found this helpful
Helpful
Comment Report abuse

ItalGirl
1.0 out of 5 stars Unreadable!
Reviewed in the United States on June 17, 2014
Verified Purchase
I found this story unreadable. Very poor writing quality. Also, as a former dancer, I can't even begin to describe all the inaccuracies. I rarely give a totally negative review of a book, but this time I feel I must.
Read more
3 people found this helpful
Helpful
Comment Report abuse
See all reviews

Lawmonkey
5.0 out of 5 stars Great short story
Reviewed in the United Kingdom on July 13, 2014
Verified Purchase
A great short story from the Spevak mysteries. I am reading these all back to back and am thoroughly enjoying them.
Read more
Report abuse

Tolya
1.0 out of 5 stars barre hopping - book skipping
Reviewed in France on December 31, 2013
Verified Purchase
This is a bad-written teenage book. Being a ballet fan and dancer mysel I was truly disappointed. The story really very very short, no development in character, no issues about dance really, and finally in the background a remarke of a famous series concerning vampires and werewolves.
Read more
Report abuse
See all reviews