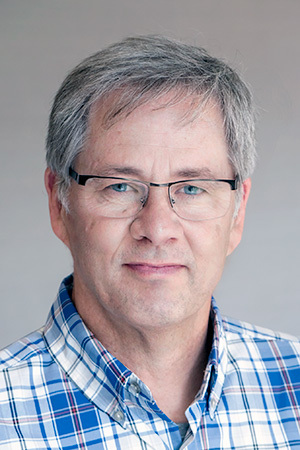 “As a linguist and former Wycliffe translator, Mounce’s Basics of Biblical Greek has been my preferred textbook for 15 years, both in the classroom and online. His systemic, morphological approach helps students visualize important elements that parts of speech share, instead of merely struggle with how they differ. Consequently, he has somewhat reduced rote memory work. His (optional) separation of the noun system from the verb system reduces confusion on key endings. His workbook is equally impressive, quickly engaging and motivating students with translating actual Bible verses---even some of the LXX and the Fathers. I highly recommend it!' Gordon-Conwell Theological Seminary---Charlotte -- Joel Harlow

“One factor that makes Basics of Biblical Greek a superior textbook for teaching the elements of Greek is the additional resources that are available to accompany the textbook. I have found that for students learning Greek for the first time the companion resources become essential tools for learning. Additional resources such as the workbook, vocabulary cards, pronunciation assistance, laminated study guide, and free mini-lectures by Bill Mounce---just to name a few---support what I am doing in the classroom.” North Park University -- Joel Willitts

First published in 1993, Basics of Biblical Greek is the most popular introduction to the field, used in universities and seminaries around the world. Over 200,000 students have learned biblical Greek under its guidance. This significant third edition has been carefully developed in consultation with instructors, students, self-learners, and homeschoolers.

Users can now take advantage to the many improvements made at the book's website, www.Teknia.com, where they will find--for free--an online course, walking students through every chapter; vocabulary flashcards; video and audio helps; Greek fonts; quizzes for each chapter; fun songs and games; and much, much more.

Now in a larger size, with an attractive 2-color design, the third edition adds an element of fun, with encouragement, songs, and more, which appear in the margins. Chapter 35 has been split into two chapters, half-time review sections have been added to every chapter, and new exegesis sections are now included. These and other improvements serve to enhance the learning experience and will continue BBG's legacy as the premier introduction to biblical Greek.

William D Mounce (PhD, Aberdeen University) lives as a writer in Washougal, Washington. He is the President of BiblicalTraining.org, a non-profit organization offering world-class educational resources for discipleship in the local church. See www.BillMounce.com for more information. Formerly he was a preaching pastor, and prior to that a professor of New Testament and director of the Greek Program at Gordon-Conwell Theological Seminary. He is the author of the bestselling Greek textbook, Basics of Biblical Greek, and many other resources. He was the New Testament chair of the English Standard Version translation of the Bible, and is serving on the NIV translation committee.

Page 1 of 1 Start overPage 1 of 1
This shopping feature will continue to load items when the Enter key is pressed. In order to navigate out of this carousel please use your heading shortcut key to navigate to the next or previous heading.
Back
Next
Pages with related products. See and discover other items: foreign language learning, ancient greek, ancient languages, greek language learning