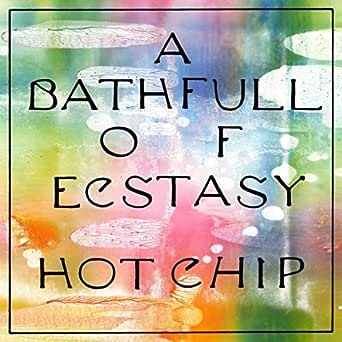 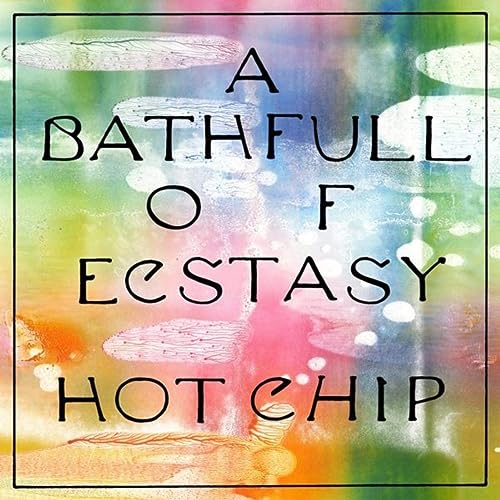 A Bath Full of Ecstasy

Hot Chip
4.6 out of 5 stars 94 ratings
See all 9 formats and editions Hide other formats and editions
Buy the CD album for $13.39 and get the MP3 version for FREE.&nbspCD album ships from and sold by Amazon.com. Terms and Conditions. Does not apply to gift orders. Complete your purchase of the CD album to save the MP3 version to your Music Library.

Jason Stein
4.0 out of 5 stars We get together sometimes. Talk about how we used to get together sometimes.
Reviewed in the United States on July 7, 2019
Verified Purchase
I discovered Hot Chip around 2010 when their fourth album, "One Life Stand" was released. The band was mentioned by a friend of mine. I had not heard of them before that time. I looked into their "One Life Stand" album and now have all seven of their albums.

As much as I enjoy Hot Chip, I can't help but feel that they have yet to make a 'classic' album. This includes "A Bath Full of Ecstasy" as well. Although, this album is almost a five star album.

For me, the trouble with their albums, including this one, is that they feel the need to put subpar ballads on them. Case in point, on "A Bath Full of Ecstasy" you have the title track, and you could also argue that "Clear Blue Skies" is also a ballad, and maybe even "Why Does My Mind". That being said, they do the best ballad work they've ever done on this album, and the ballads are passable, rather than skippable.

The best songs here are "Melody of Love", "Positive" and "No God" with honorable mentions going to "Spell", "Echo" and "Hungry Child". The band wisely pares down to just nine songs. They get in, get out, and leave an indelible impression. "A Bath Full of Ecstasy" might be the band's best work thus far, or up there with "Made in the Dark" (2008).

All nine songs are different and memorable with hooks and lyrics. It's just that I feel it could have been better than it is. It's better than their last album "Why Make Sense?" (2015).

Here's how "A Bath Full of Ecstasy" compares to Hot Chip's other works:

jarett vaughan
5.0 out of 5 stars That it's pure greatness
Reviewed in the United States on September 6, 2020
Verified Purchase
I like the fact it's Hot Chip and Hot Chip are amazing musicians and this album like all the other one's is amazing!
Read more
Helpful
Comment Report abuse

Melancholy
5.0 out of 5 stars Fun Fun Fun
Reviewed in the United States on July 4, 2019
For me the first 3 songs (Melody Of Love, Spell & Bath Full Of Ecstasy) are instant pleaser’s, with great snyth’s, melodies, hooks & electronic effects & beautiful vocals, the rest of the album I needed a few repeat listens to fully sink in for me to realize how good the songs really are. I love how Hot Chip doesn’t over-use Autotune on a few of lead singer Alexis Taylor’s Vocals & the Vocoder vocals at the end of the track Clear Blue Skies, sounds like something Kraftwerk would have conjured up, but all in all, this is a fun & groovy album, fingers crossed for some soon to be released remixes to go along with this released,..Great Job Hot Chip, Welcome Back Lads
Read more
2 people found this helpful
Helpful
Comment Report abuse
See all reviews

Mr. Peter Brady
5.0 out of 5 stars Class act
Reviewed in the United Kingdom on July 18, 2019
Verified Purchase
Fantastic, and definitely some of there best ever songs in this album. Should make there live performances much better with this collection to use.

Mr D
3.0 out of 5 stars Not their best
Reviewed in the United Kingdom on July 5, 2019
Verified Purchase
I've given this new album a few listens now and i'm still a little disappointed. I've been a huge fan of Hot Chip for many years now and this isn't up there with their best work. Perhaps it will grow on me but it just seems a little dull, and unadventurous.
Read more
Report abuse

Colin Seward
5.0 out of 5 stars A must for this summer
Reviewed in the United Kingdom on June 30, 2019
Verified Purchase
Fantastic album each track has its moment great for chilling and uplifting at the same moment perfect for the summer of 2019
Read more
Report abuse

justin evans
5.0 out of 5 stars Great album
Reviewed in the United Kingdom on January 18, 2020
Verified Purchase
Great album bought on the back of seeing them live in 2019. What a suprise act and one of my favourite albums to listen to last year
Read more
Report abuse
See all reviews