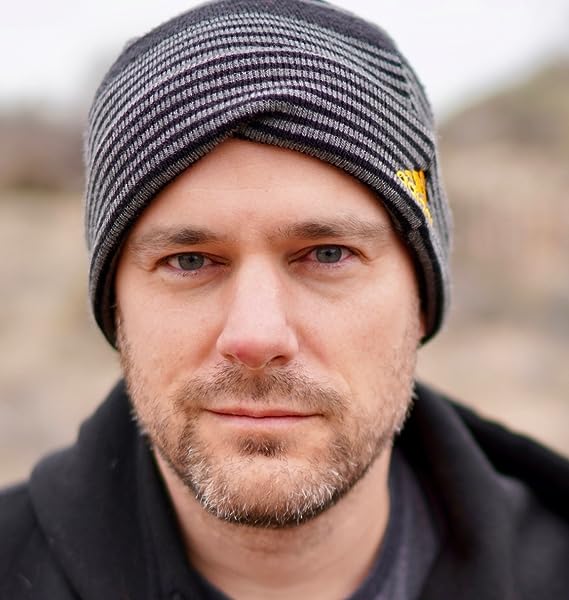 “One needs only the barest bit of Bat-knowledge to take in this epic about the Dark Knight.” —Library Journal

“Stories of this nature require a writer to slip into the personage of a genius—or in this case, three geniuses. King is one of the few writers whose cerebral approach can do it justice.” —Paste Magazine

"Another classic Batman tale for King and Janin.” —IGN

Tom King is a comic book writer and novelist, best known for his work at DC Comics including Batman, Grayson and Omega Men. He often relies on his experience as an ex-CIA agent and experiences during the recent conflicts in the Middle East in his writing, especially apparent in Grayson (alongside co-writer Tim Seeley), Omega Men and in Sheriff of Babylon, published under the Vertigo imprint.

Start reading Batman (2016-) Vol. 4: The War of Jokes and Riddles on your Kindle in under a minute.

4.6 out of 5 stars
4.6 out of 5
353 global ratings
How are ratings calculated?
To calculate the overall star rating and percentage breakdown by star, we don’t use a simple average. Instead, our system considers things like how recent a review is and if the reviewer bought the item on Amazon. It also analyzes reviews to verify trustworthiness.
Top reviews

Tommy
3.0 out of 5 stars Everything About This Is Just, Meh
Reviewed in the United States on January 26, 2018
Verified Purchase
I honestly don't see what all the hype is about, it's just ok at best. I get that it's all a flashback story that Bruce feels he has to tell Selina if she's gonna marry him and you don't find out why until the end, the reason which again was just ok. The reason why the Joker (who's boring and sad the entire time) and Riddler go to war feels contrived, then the actual rogue gallery war comes off as pretentious turning a good chunk of Gotham City into another Zero Year/No Man's Land like war-zone environment. Don't get me wrong this book isn't horrible and does have some good moments but overall from artwork to story it's just nothing special and I personally wouldn't call it a classic. Buy it used or borrow from a friend because after one read through I was done with it but that's just me.
Read more
16 people found this helpful
Helpful
Comment Report abuse

CB ReviewTop Contributor: Batman
4.0 out of 5 stars Gotham Goes to War
Reviewed in the United States on July 24, 2019
Verified Purchase
Before Batman can pursue his relationship with Catwoman, he decides he needs to tell her a story about his early career and confess a secret he harbors. This is the framing device that allows Tom King to do what he does best, tell a dense, complicated, thematic story that skips through time and pulls in dozens of familiar characters.

Many of the reviews tout this as amazing or incredibly overhyped. I personally very much liked it, but can recognize that it's not perfect. Much in the way King's Batman is less a precise thinker and tactician and seems to will his way into victory, the Riddler, one of his greatest foes characterized by his mind and a kind of behind-the-scenes weaselly nature, has somehow become a muscular blade master and leader of villains. A new take on Riddler is fine on its own, but like Batman, and even Rebirth's Joker to some extent, this Riddler just seems to magically overcome obstacles for the sake of the story.

That aside, there are some incredible visuals, scenes, and tragic moments in this arc, like the origins of Kite Man, who had been built up in this run as a repeated joke. For all of the repetitive dialogue, philosophizing and supposed examination about a joke versus a riddle, and the Joker versus the Riddler, and how Batman falls between the two, there is a very strong sense of "Who Cares?" The characters will talk and talk, and give supposed motivations or monologues about who they are, but a lot of it is just static. It's clear what this is--an over-the-top concept driven by a "wouldn't it be cool if"? And in this case, I found a lot of it, surprisingly, to be very cool (despite my resistance to these kinds of gimmicks).

But because of the conceit and the way it's written, I think your enjoyment will hinge on how much you're willing to go along with the idea. If the Riddler, Joker, and all of Batman's Rogues battling it out excites you in the abstract, this is for you. If that doesn't pique your interest, you'll probably find it annoying and paper thin--completely depends on the reader I think.

That Guy
3.0 out of 5 stars Not bad. Not great.
Reviewed in the United States on January 4, 2018
Verified Purchase
To begin, I'll note that I'm a very big fan of the Riddler. So, naturally, I was drawn to this book as it promised him as one of the two primary co-antagonist roles. What I found wasn't necessarily disappointing, but it wasn't quite exciting either. What follows is of course personal opinion based on my personal tastes.

Art: 2-3 out of 5 - Most of the book is done in what appears to be cel-shaded CG not unlike that of the Batman video games by Telltale Studios. It wasn't really enjoyable to look at for me. The parts that weren't done in that style were a nice change of pace. In terms of character design, the majority of notable characters were solid. I did feel like the Riddler felt a touch too "beefy", and I missed his domino mask at times. All in all, the art didn't do much for me.

Story: 3 out of 5 - The overall story wasn't bad, however to me it didn't feel like it had much substance. Things were explained in a sort of off-handed way most of the time, which lead to it not leaving much impact. There were great moments, however, and the one that comes to mind the quickest is the origin of Kite Man. The story did a decent job at showing the darker side of the Riddler, and to a lesser extent his intellect, but since the Joker's not quite himself in the story, we lose out on a lot of his zany, evil chaos. They tried to build up this revelation coming from Batman near the end, but it fell flat and all I could do was shrug.

Overall: 3 out of 5 - While I was hoping to really delve into the Riddler and enjoy the chaos of the Joker, I left a bit disappointed. Scott Snyder had done the Riddler better in the new 52 (Dark City and his one shot Solitare) so I guess I was spoiled by his brilliant work. The story didn't wow me, or make me care, or make me want to read it again or feel epic. I'm not unhappy I read it, but the idea had so much more potential that I wish it could have lived up to.

Benjamin
5.0 out of 5 stars The best batman comic I have read
Reviewed in the United Kingdom on June 3, 2019
Verified Purchase
Why can’t they make the films like these comics so gritty and dark it’s what everyone would want to see
Read more
3 people found this helpful
Report abuse

JP Murray
5.0 out of 5 stars BEST BATMAN COMIC
Reviewed in the United Kingdom on May 28, 2020
Verified Purchase
My favourite Batman comic and I have read a lot. As a comic geek, I wanted to read this for so long and the anticipation paid off very, very well. A dark, gritty and emotional story, that connects you with the characters.
As for, quality, it came absolutely perfectly!

sam orchard
5.0 out of 5 stars Great value for money.
Reviewed in the United Kingdom on December 20, 2018
Verified Purchase
Great as they all are.
Read more
One person found this helpful
Report abuse