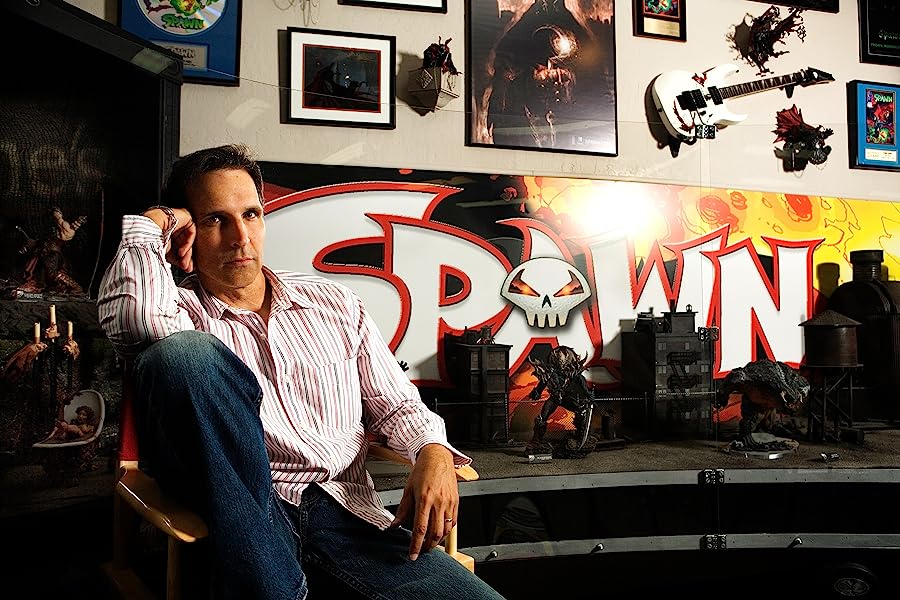 3.8 out of 5 stars
3.8 out of 5
28 global ratings
How are ratings calculated?
To calculate the overall star rating and percentage breakdown by star, we don’t use a simple average. Instead, our system considers things like how recent a review is and if the reviewer bought the item on Amazon. It also analyzes reviews to verify trustworthiness.

Lonnie
2.0 out of 5 stars The cons are vastly more than the pros
Reviewed in the United States on July 30, 2007
Verified Purchase
First, this is the standard info that I would be hard pressed to give any graphic novel five stars as those are reserved for books by people like Hemmingway, Twain, Fitzgerald, ect.

With that said, I will agree with other reviewers that you cannot call something Batman Year Two and not get comparisons to Batman Year One. This does not compare. The Reaper story is decent though and I will give kudos to the artwork; however there are a lot of negatives.

First, and foremost, Batman uses a gun. I don't know how DC approved this. It is totally against Batman.

Second, the demise of Joe Chill would just seem to detract from the entire Batman psyche as to why he is out night after night. However, the combination of this, along with a love interest, does have a good tone in that if things may have ended differently, Batman would have ended being Batman right there and been in love. So, that adds to the Batman mystic. I mean if Joe Chill is dead, and Bruce Wayne is in love, so early in the Batman crusade, does Batman just fade away and Bruce Wayne take back his life?

The origins of the Reaper are similar to Batman. The Reaper is just a more violent vigilante than Batman and the line as to what is helping v. fighting crime is much different. I wish we knew more about how the Reaper became so powerful.

I may be a bit hard with only two stars, but it isn't like a Miller story (four stars), and the story itself is not as good as something like Dark Victory (three stars) and there isn't as much Batman significance like the Killing Joke. So, it was hard to place.

Laura
5.0 out of 5 stars Five Stars
Reviewed in the United States on March 24, 2017
Verified Purchase
The quality of the comic was great. Not used or even opened previously I'm sure.
Read more
Helpful
Comment Report abuse

Josue
5.0 out of 5 stars Amazing
Reviewed in the United States on September 18, 2020
Verified Purchase
Comic was received, condition was as described, very satisfied with it.
Read more
Helpful
Comment Report abuse

Trukk Treadwell
2.0 out of 5 stars The Reaper is a pretty good villain but...
Reviewed in the United States on March 25, 2013
Verified Purchase
The Reaper is a pretty good villain but this Barr guy has Batman go completely against character to defeating him. When Batman makes those decisions I said "what, no way" out loud. I was completely taking out of the story. And that's to bad because I liked the Reaper, he's Batman without the strict moral code.
Read more
One person found this helpful
Helpful
Comment Report abuse

Swordguy55
4.0 out of 5 stars Batman Year Two
Reviewed in the United States on August 24, 2011
Verified Purchase
Not a bad Batman story. I am not quite sure if it follows in the continuity placed by the comics anymore because of the zero hour storyline but it is a good read nonetheless.
Read more
One person found this helpful
Helpful
Comment Report abuse

Sam Quixote
1.0 out of 5 stars Fear...this book!
Reviewed in the United States on June 25, 2013
I realise I don't have the worst life in the world, that there's probably some poor sod in the third world eking out a single meal to feed his family today, and if the worst thing that happened to me today is that I read a bad Batman book, it's still streets ahead of what that guy's going through - but Batman Year Two: Fear the Reaper makes you feel worse than that guy while you're reading it. It's a book so bad you lose perspective on everything and start howling out your frustration at the injustices of the world far more effectively than any infomercial showing stick thin children with bugs crawling over their open eyes and swollen bellies could ever hope to accomplish.

This is going to painful to write because if I were less in control, that is if I still had this book to read, I might just record myself throwing up and post that as the review for Year Two - and it would get across my point far more clearly than this review would otherwise - but here goes nothing. And it's a big nothing - Year Two is about the world's crappiest villain called the Reaper. He's clothed in a red gimp outfit, a black cloak, and wears a silver skull mask, minus the jaw. His hands though are what kills me - giant question mark-sized scythes protrude from balled spikes in which house twin handguns. I had to go online immediately to see if Rob Liefeld had designed the Reaper, it was that outrageous - but no, this particularly insane creation was dreamt up by Mike Barr and Alan Davis.

The Reaper aka Judson Caspian (say that name out loud - Judson! Incredible) is also a geriatric. He's ancient! This old guy dresses up like Poe's Red Death but with ridiculously unwieldy blades for hands and heads out into the city's red light district to carve up prostitutes, Ripper-style baby! And he also thinks Batman, who, this being Year Two, is still green around the ears, is his protegé and will replace him when he's gone. He is a godawful villain. His 2 page origin is laughable, his appearance screams 90s chic, and every single aspect of him is cringeworthy.

Oh and he has the most hilarious catchphrase ever. Every single time he shows up he says some rubbish and then says "Have you learned yet to Fear..the Reaper?" That phrase "Fear... the Reaper" is done the same way every time with the ellipses following the word fear. Every. Single. Time.

Batman meanwhile has fallen in love with Judson's daughter in the most forced romance you'll ever read - I forget her name and everything about her because I kept being distracted by her mom hair. Seriously if you were a kid in the early 90s you'll recognise your mom or your schoolteacher or at least a couple of women who had the same look as Bruce's sweetheart in this book. Oh and Batman is also using guns in this book. Yeah. I can sort of forgive him because you could argue it's early in his career and he's not totally forsworn against guns - even though, duh, he should be! - but it's still a terrible choice by Barr and co.

While Batman fights the Reaper, there's a pitiful subplot about Joe Chill and Batman facing Joe for killing his parents, and then when Joe gets offed, we get his son and his grandson going after Batman and oh god make it stop!

I was having such a hard time getting through this crap that I had to look up what Mike Barr looked like so I could visualise my hatred of him. Then I dozed off for half an hour and during that nap I imagined Mike Barr with Year Two books for hands coming after me like the Reaper does after Batman, saying "Have you learned to Fear...My Crappy Book?". Oh yes. The one thing you will learn to fear when reading this is picking it up to keep reading.

It's not just that it's filled with bad characters, a contrived plot, stupid dialogue, crap writing/art and forgettable scenes - it has all of that but it's unlike other bad Batman books in the sense that those things aren't the reason why it's so bad. No, this book is crushingly BORING. It's so, so boring, that's what makes reading this such a chore. Every single thing that happens makes you shrug, "so... what.".

It's amazing how much of a polar opposite Year Two is compared to Year One. Year One is a masterpiece, Year Two is utter garbage. Seriously, if you see this on the shelf, flip it off and move on.
Read more
10 people found this helpful
Helpful
Comment Report abuse
See all reviews

Elliot
5.0 out of 5 stars What If - batman sought cold, hard justice?
Reviewed in the United Kingdom on September 3, 2013
Verified Purchase
well here he does, considering an eye for an eye, a bullet for a bullet, as he tracks down joe chill, whilst attempting to stop the original gotham vigilante from turning into a mass-murderer of criminals from beyond retirement. bruce falls for a woman who understands and shares his feelings of honouring thy father, which eventually leads to a tragic but not-so predictable outcome...
Not necessarily a follow-on to year one, but i actually preferred this over Y1, as its fast-paced, shows a different and cold batman and really shows the detective doing what he does best!
Read more
One person found this helpful
Report abuse

Louis james richardaon
5.0 out of 5 stars no qualms
Reviewed in the United Kingdom on October 2, 2014
Verified Purchase
Delivered promptly in the stated condition, the story is yet another to add to my growing collection. Thoroughly enjoyed it
Read more
Report abuse

Elias Rammos
5.0 out of 5 stars I think the name says it all
Reviewed in Germany on November 20, 2019
Verified Purchase
A great sequel to Batman:Year two
Read more
Report abuse
See all reviews

Page 1 of 1 Start overPage 1 of 1
Previous page
Next page
Pages with related products. See and discover other items: todd mcfarlane