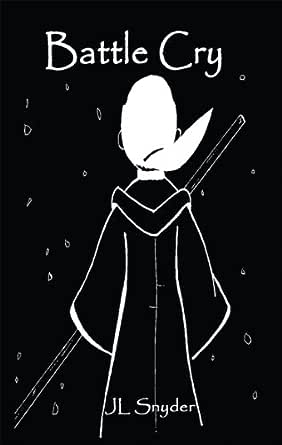 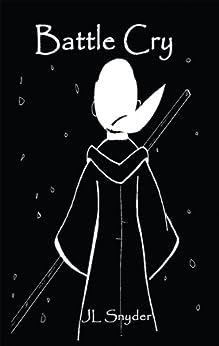 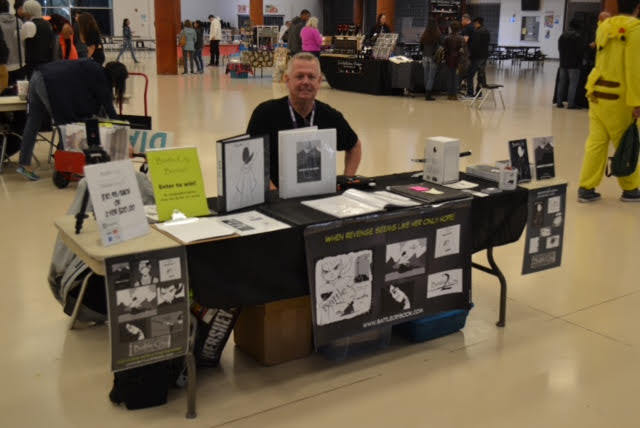 When revenge seems like her only hope . . . Battle Cry is a coming of age story for all ages.

4.3 out of 5 stars
4.3 out of 5
12 customer ratings
How does Amazon calculate star ratings?
Amazon calculates a product’s star ratings based on a machine learned model instead of a raw data average. The model takes into account factors including the age of a rating, whether the ratings are from verified purchasers, and factors that establish reviewer trustworthiness.
Top reviews

Voracious Reader
5.0 out of 5 stars A Great Read For a Middle Schooler or High Schooler
Reviewed in the United States on February 27, 2014
Verified Purchase
Battle Cry is full of adventure, the perfect entertaining read for a middle schooler or high school student. I was quite surprised to discover the illustrations inside, it really added to the appeal of the book. Overall, I found Battle Cry to be very entertaining, creative, and fun to read! It was well-written, I can't imagine anyone not enjoying it.
Read more
Helpful
Comment Report abuse

MWB Review
4.0 out of 5 stars First Cut – A review of the novel ‘Battle Cry’
Reviewed in the United States on January 5, 2015
“New eras don't come about because of swords; they're created by the people who wield them” - Nobuhiro Watsuki

Author JL Snyder’s novel ‘Battle Cry’ narrates the story of a young female protagonist born into a family of samurai warriors. Kai-Ling is the 16 year old daughter of a murdered samurai father and an American mother. She was raised by her uncle Nobu, who taught her all the important lessons in the traditional Japanese art of sword play. And she has trained her whole young life with a single minded dedication to avenge her father’s murder. When she finally sets out to seek revenge, she has to follow certain instructions laid out by her uncle on her journey back to America. And it is on this journey that the young Kai-Ling matures into a fearsome warrior and makes friends who stick by her through thick and thin.

There are a lot of illustrations in this book that take you back to your own childhood and remind you of the various comic books & cartoon series that you used to devour, the ones that used to visualize every sound effect in writing to maximize the effect. And it’s amazing how quickly you will get pulled into Snyder’s storytelling. His amazing skills as a storyteller ensure that you quickly become a part of the world he has created and begin caring for his characters. He also has wonderful control and brevity over the information and amount of story that is packed into each chapter. And due to the brilliant editing the book moves at an even pace and keeps the reader’s attention in check throughout. There are a lot of scenes in the book that standout for their writing and use of imagination, the scene before entering the town of Mori-Ko and the battle scene in the Threshold of Darkness are brilliant, engrossing and makes for some highly tense reading.

Battle Cry is a classical revenge saga that has been made more accessible by having a bunch of characters who are grounded in reality and with whom you will be able to relate with easily. Another highlight is the wonderful use of language which flows uninterrupted through these pages, and like our lead’s Katana sword, the prose and dialogues usher in the beauty of the environment and the characters with such precision that you may be forgiven for mistaking the author for a samurai warrior himself, albeit a pen wielding samurai warrior. And it is pretty evident that the author has been heavily influenced by graphic novels, in Battle Cry he utilizes the same fast paced action, storytelling and illustrations to make it a gripping read.

And even though perhaps it is targeted towards a younger audience, this is a book that readers of any age are sure to fall in love with and treasure and rediscover the magic that only a good book can bring. Ending on a high note, you will look forward to more adventures involving Kai-Ling, along with a new cast of characters. The internet may say that JL Snyder is a first time novelist and that Battle Cry is his debut novel but nowhere in the book will you feel that and it makes you wonder what this extremely talented author was doing all along. It also raises expectations sky high for volume two of the Battle Cry series.

HBwriter22
5.0 out of 5 stars A playful take on a hero journey
Reviewed in the United States on September 13, 2012
JL Synder's new offering, Battle Cry, is an incisive, playful take on the hero journey model. His treatment of the tried-and-true formula of "hero/heroine comes of age" is salvaged from being monotonous or typical by his engaging protagonist and entertaining format. While many characters in these sorts of stories can easily end up being rather bland or one-note, Snyder creates in his main character, Kai-Ling, a person who readers can align themselves behind and root for. And it isn't in her perfection that Kai-Ling succeeds in stealing readers' hearts, but in her gloriously singular imperfections and a human being who is more in the stage of "becoming" than anything else.

Battle Cry follows the sixteen-year-old heroine Kai-Ling on her own journey to adulthood by way of retribution--a formula that permeates almost any genre that you can name. The fact that Snyder manages to portray this well-known trope as a unique and notice-worthy event is a testament to his skills as an author and storyteller. Kai-Ling is a young girl who was born to a normal-seeming family on the surface but still feels called by the desire to be spectacular. As the reader soon learns, Kai-Ling is actually anything but typical. Her father was once a renowned samurai, and his influence has already determined the girl's fate in ways that could never be predicted.

Snyder keeps clear of the overdone stereotypes of the genre and instead crafts a read that is both entertaining and original. He plays with the formulas of the genre but does not play into them, making Battle Cry an homage as much as a stand-alone piece. Battle Cry is worth a read not only for advocates of the hero-journey/fantasy genre, but anyone looking to spend an hour or two with unique and interesting characters in fantastic situations.
Battle Cry
Read more
Helpful
Comment Report abuse

Anna L. Walls
5.0 out of 5 stars Not a Comic Book
Reviewed in the United States on October 9, 2015
If a writer could pour an anime movie into a book and have it not be a comic book, this book would be it. It is very Anime-sounding, and very Anime in style, and yet still a book. And like an Anime movie is different from any animated movie I've ever seen, the flavor of this book is also different from all the other books I've read. There were lots of missing comas and maybe some capitalizations that should have been but weren't, and there were some paragraphs that had both characters' dialog in it, none of that detracted from my enjoying the story. The movie played before my eyes just the way I would expect it to on the big screen. Now for Book 2. I can't just leave Kai-Ling standing on a beach, her journey incomplete.
Read more
Helpful
Comment Report abuse
See all reviews from the United States