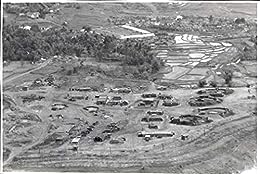 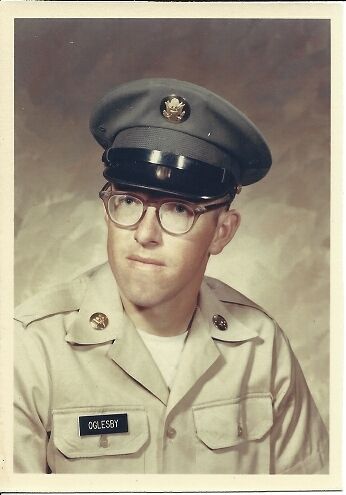 by Raymond Oglesby (Author) Format: Kindle Edition
See all formats and editions
Sorry, there was a problem loading this page. Try again.
Fire Support Base (FSB)/Landing Zone (LZ) Cindy was established in 1968 by being relocated from Tam Ky, Vietnam. By 1970, the FSB was considered a “model” for other FSBs in South Vietnam. The base operated on the high ground of the Happy Valley with an Observation Post (OP) Searchlight (SLT) unit that provided illumination at night for the entire valley. Next to the FSB was an Armed Forces Vietnam (ARVN) unit of 100 men. Besides the helicopter landing zone, we had the shortest airstrip in Vietnam managed by a Military Air Command Vietnam (MACV) unit. The Tra Bong village was between MACV and FSB/LZ Cindy.

The firebase had tremendous firepower with automatic weapons, 50-caliber and 60-caliber machine guns to include a Quad 50, Dusters, 8 inch and 175 howitzers, mortars, grenades, claymores, flares, etc. In the year 1970, FSB Cindy had zero Wounded in Action (WIA) or Killed in Action (KIA) men by enemy forces. Also, the North Vietnamese (NVA) did not penetrate our perimeter because our unit operated as a team.

A Battery remained at FSB/LZ Cindy (BS342882) providing general support to both US and ARVN units. On 16 September 1971, A Battery was moved to Chu Lai to begin stand down activities.

During Christmas of 1971, the ARVN camp was overrun by NVA/VC and wiped out.

The firebase did have a major battle in September 1970. That battle and how it impacted the war in general and one soldier’s life specifically is the subject of this book.

We who served on LZ Cindy in 1969 and after when the unit left in 1971 did a job that had to be done to save more lives than were taken by the enemy. All of us were there because we were asked or drafted to serve this country and help the people of Vietnam survive. Those of us who did the job on LZ Cindy did the best we could to survive and help those who served with us. It is unfortunate that some of those did not survive, but in war people die, and there is nothing we can do about it.
Read more
Previous page
Next page

I am a combat Vietnam Veteran who was stationed at FSB/LZ Cindy, Vietnam in 1970. I was a Fire Direction Control (FDC) specialist who operated the radios, worked up fire missions, operated the FADAC computer and gave “fire” commands to the guns. This book is about one infamous battle, its effects and aftermath. I am 100% "permanent and total" disabled veteran due to Post Traumatic Stress Disorder (PTSD) from the Vietnam War.

This is a '"first hand" account of the Battle for Tra Bong, Vietnam in September 1970. Over 500 Vietnamese were killed. Why? Because the village was friendly to us. American casualties were very light in comparsion to the Vietnamese losses. The firebase survived because we were ready for the NVA. This book is how teamwork and a few brave men saved LZ Cindy. My personal account is collaborated by documents made public through the Freedom of Information Act.

I am a well educated person with three degrees (AA, BA and MA) and additional coursework in Information Technology.

Since 1993 I have returned to Vietnam fifteen times on humanitarian trips involving teaching computer classes in Saigon and DaNang hospitals, helping local missionaries with their computer needs, working with medical and construction teams from the DMZ to Saigon.

I and my wife, Dr Aletha C Oglesby, have two grown sons, Michael and Ryan, and live in the Tulsa, Oklahoma area.

P. D. Hart
5.0 out of 5 stars Stunning
Reviewed in the United States 🇺🇸 on December 26, 2021
Verified Purchase
An up-close and personal view of combat in Vietnam that brings the meaning of "war" home. The war had a lasting impact, in a good way, on the author. An appendix provides interesting statistics and insights on the conflict. A great read from any military historian.
Read more
2 people found this helpful
Helpful
Report abuse
See all reviews
Report an issue
Does this item contain inappropriate content?
Report
Do you believe that this item violates a copyright?
Report
Does this item contain quality or formatting issues?
Report