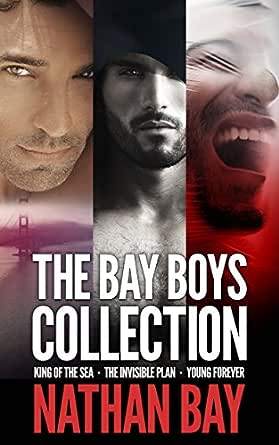 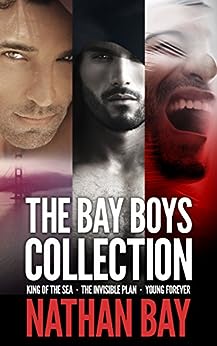 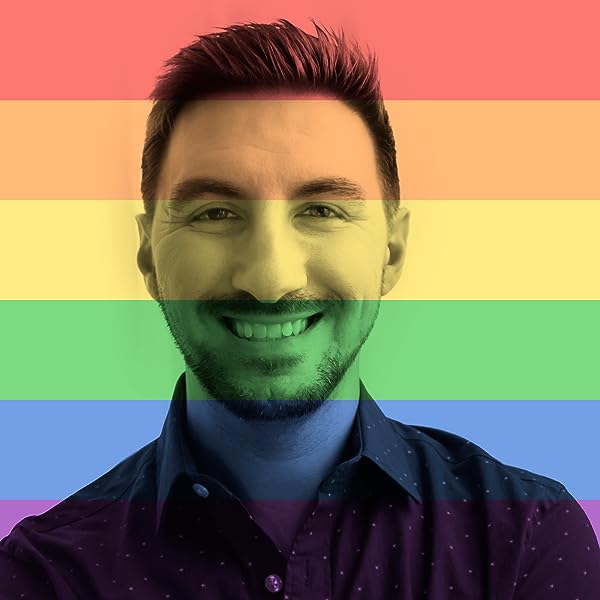 europop88
5.0 out of 5 stars Every story is brilliant - but particularly Young Forever!!!
Reviewed in the United Kingdom on October 8, 2018
Verified Purchase
Nathan Bay never fails to disappoint and these 3 stories are no exception. Mysterious, intriguing and sexy, my heart was pounding through the climax of each one. All in all, 3 excellent stand alone stories!!

King of the Sea - Carlos gets a new outlook on life after his encounter with the beautiful merman Ross and plots to take down his evil ex. The first time I've read an MPreg story, and once I got my head around that, I couldn't stop.

The Invisible Plan - What starts as fun and games with Peter and his friends discover an invisibility cloak, turns into drama and suspense as Peter has to save the LGBT population of Nashville. The final confrontation between Peter and the evil scientist is excellent!!!!!

Young Forever - I've never been more invested in a fictional couple than Roger and Ben, clearly perfect for each other but allowing secrets to get in the way. The EPIC reveal is fantastic and one I totally didn't see coming. I've never wanted another chapter more - please give us a follow up, even as a short story!!!
Read more
Report abuse
See all reviews