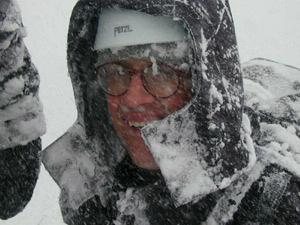 From the reviews of the second edition:

"The text reads fluently and beautifully throughout, with light, good-humoured touches that warm the reader without being intrusive. There are many examples and exercises, some of which draw out the essence of work of other authors. Each chapter ends with a "Notes" section containing further brief descriptions of research papers. A reference section lists about eight hundred and sixty references. Each chapter begins with a quotation from "The Wheel of Time" a sequence of books by Robert Jordan. Only a few displays and equations have numbers attached. This is an extremely fine, exceptional text of the highest quality."
ISI Short Book Reviews, April 2002

"This book is an excellent introduction to Bayesian statistics and decision making. The author does an outstanding job in explicating the Bayesian research program and in discussing how Bayesian statistics differs form fiducial inference and from the Newman-Pearson likelihood approach…The book would be well suited for a graduate-level course in a mathematical statistics department. There are numerous examples and exercises to enhance a deeper understanding of the material. The writing is authoritative, comprehensive, and scholarly."

"This book is a publication in the well-known Springer Series in statistics published in 2001. It is a textbook that presents an introduction to Bayesian statistics and decision theory for graduate level course … . The textbook contains a wealth of references to the literature; therefore it can also be recommended as an important reference book for statistical researchers. … for those who want to make a Bayesian choice, I recommend that you make your choice by getting hold of Robert’s book, The Bayesian Choice." (Jan du Plessis, Newsletter of the South African Statistical Association, June, 2003)

"This is the second edition of the author’s graduate level textbook ‘The Bayesian choice: a decision-theoretic motivation.’ … The present book is a revised edition. It includes important advances that have taken place since then. Different from the previous edition is the decreased emphasis on decision-theoretic principles. Nevertheless, the connection between Bayesian Statistics and Decision Theory is developed. Moreover, the author emphasizes the increasing importance of computational techniques." (Krzysztof Piasecki, Zentralblatt MATH, Vol. 980, 2002)

Winner of the 2004 DeGroot Prize

This paperback edition, a reprint of the 2001 edition, is a graduate-level textbook that introduces Bayesian statistics and decision theory. It covers both the basic ideas of statistical theory, and also some of the more modern and advanced topics of Bayesian statistics such as complete class theorems, the Stein effect, Bayesian model choice, hierarchical and empirical Bayes modeling, Monte Carlo integration including Gibbs sampling, and other MCMC techniques. It was awarded the 2004 DeGroot Prize by the International Society for Bayesian Analysis (ISBA) for setting "a new standard for modern textbooks dealing with Bayesian methods, especially those using MCMC techniques, and that it is a worthy successor to DeGroot's and Berger's earlier texts".

Christian P. Robert is Professor of Statistics in the Applied Mathematics

Department at the Université Paris Dauphine, and Head of the Statistics Laboratory at the Center for Research in Economics and Statistics (CREST) of the National Institute for Statistics and Economic Studies (INSEE) in Paris. In addition to many papers on Bayesian statistics, simulation methods, and decision theory, he has written four other books, including Monte Carlo Statistical Method (Springer 2004) with George Casella and Bayesian Core (Springer 2007) with Jean-Michel Marin. He has served or is serving as associate editor for the Annals of Statistics, Bayesian Analysis, the Journal of the American Statistical Association, Statistical Science, and Sankhya. and is editor of the Journal of the Royal Statistical Society (Series B) from 2006–2009. He is a fellow of the Institute of Mathematical Statistics, and received the 1995 Young Statistician Award of the Société de Statistique de Paris.

Review of the second edition:

"The text reads fluently and beautifully throughout, with light, good-humoured touches that warm the reader without being intrusive. There are many examples and exercises, some of which draw out the essence of work of other authors. Only a few displays and equations have numbers attached. This is an extremely fine, exceptional text of the highest quality." (ISI Short Book Reviews)

Michael Roberson
1.0 out of 5 stars Not impressed
Reviewed in the United States on October 3, 2018
Verified Purchase
I agree with the "book for theoreticians" review. The focus is NOT on useful data-based application, but on abstract infinite properties. The asides are hit or miss. The exposition is cut between poorly motivated and poorly explained examples that range dramatically in complexity. It ruins the pace. Also there are plenty of typos. The author defines the well-known St Petersburg paradox using a 3^n payout instead of 2^n.
Read more
One person found this helpful
Helpful
Comment Report abuse

DXmachina9
4.0 out of 5 stars A Book for Theoreticians
Reviewed in the United States on October 29, 2009
Verified Purchase
I feel like the intended audience of this book is more the authors peers than it is graduate students: the author assumes you have a solid theoretical foundation in bayesian statistics. Much of the discourse is about the reasons for choosing a bayesian framework instead of a frequentist framework. For those who are already familiar with the theoretical underpinnings, this book likely serves as a great argument for bayesian statistics and is a nice unifying framework for the key concepts. It is clear that the author is passionate about the topic, very knowledgeable about the material and very precise in presenting the material. His arguments about the bayesian choice are well-reasoned and well-balanced.

However, for those who want to apply bayesian statistics to a problem in their own research area, there are likely better books. The author uses many concepts before introducing them. In many cases, the introduction of a concept is so brief as to only serve as a reminder for those who already know the topic well. I have taken several graduate courses in statistics and I have studied most of the topics listed in the table of contents, yet I find this book difficult to follow.

I feel reviews are often colored by the (often unknown) background of the reviewer, so I'm including a little of my background: I have a phd in computer science and my thesis topic was computer vision. I am now working on machine learning problems and when I bought this book I felt a stronger background in bayesian statistics would help me.

A Buyer
5.0 out of 5 stars The right place to start for Bayesian statistics.
Reviewed in the United States on July 19, 2009
Verified Purchase
This is a very well-respected book. Its status as the winner of the 2004 DeGroot Prize is evidence of its excellence. If you want to develop a strong background in Bayesian statistics, then this is the book you want. This book takes a much more rigorous approach to Bayesian statistics than Bayesian Data Analysis. Robert develops both the decision theoretic background of Bayesian statistics up to the level of The Theory of Point Estimation by Lehmann and MCMC computation including practical implementation issues. The author is to be commended for writing a book that contains very advanced material from mathematical statistics, but the book can be used by a wide audience since the parts on Bayesian computation are easily accessible. If you want to become serious about Bayesian statistics, then this will be a very useful book to you. Another book that may be of interest is Monte Carlo Methods by Robert and Casella.
Read more
10 people found this helpful
Helpful
Comment Report abuse

Rodrigo Aluizio
4.0 out of 5 stars A Succesfull Attemp
Reviewed in the United States on May 1, 2010
Verified Purchase
Well, I never thought that Bayesian Statistics was an easy thing. And actually it isn't, but there always several approaches to complex subjects, and the right way is to be detailed, precise and still as simple as possible. That's what I got when reading this book. Obviously the subject itself imposes some level of difficulty, but the book is the right tool to overcome it. I'm simply fascinated by the possibilities I'm learning to understand and apply.
Read more
3 people found this helpful
Helpful
Comment Report abuse

Beloved Charles
5.0 out of 5 stars good and deep
Reviewed in the United States on February 14, 2009
Verified Purchase
This book is very good and very deep. The only problem is that it demands a lot of time and commitment to finish it.
Read more
2 people found this helpful
Helpful
Comment Report abuse

Michael R. Chernick
5.0 out of 5 stars excellent text on Bayesian methods in statistical decision theory
Reviewed in the United States on January 24, 2008
Robert is the author or co-author of a number of excellently written statistical texts from a Bayesian viewpoint. This text is no exception. It was quite popular in its first edition in 1994 (a translation and correction of an earlier text in French). The rapid advancement in Bayesian applications and theory due to the success of computer-intensive methods such as Markov Chain Monte Carlo Methods justifies an update in 2001.
Chapter 7 on model choice is entirely new and Chapter 6 on Bayesian calculations is extensively revised. Chapter 10 on hierarchical models and empirical Bayes extensions has been supplemented with a number of recent examples. Bayesian hierarchical models are now being used in the development of clinical trials particularly in the medical device industry.

This is an advanced graduate text in Bayesian statistics and has a wealth of references to the literature. In that respect it is very similar to the fine text by Bernardo and Smith (1994) "Bayesian Theory" but is a little more current.

An important reference for all statistical researchers, I highly recommend it for a graduate course text in Bayesian methods as well as for a reference book.

Amazon Customer
4.0 out of 5 stars A thorough description of bayesian statistics
Reviewed in the United States on July 1, 2000
The book is a good introduction to bayesian decision theory. The plenty examples in the book are helpful in the understanding of the subject, but one could wish a more detailed description of the bayesian paradigm. People with little experience with statistics should maybe consider another book.
Read more
15 people found this helpful
Helpful
Comment Report abuse
See all reviews

Page 1 of 1 Start overPage 1 of 1
This shopping feature will continue to load items when the Enter key is pressed. In order to navigate out of this carousel please use your heading shortcut key to navigate to the next or previous heading.
Back
Next
Pages with related products. See and discover other items: bayesian statistics, mathematical statistics books