You've subscribed to Pantera Security League Box Set! We will preorder your items within 24 hours of when they become available. When new books are released, we'll charge your default payment method for the lowest price available during the pre-order period.
Update your device or payment method, cancel individual pre-orders or your subscription at
Your Memberships & Subscriptions
There was an error. We were unable to process your subscription due to an error. Please refresh and try again. 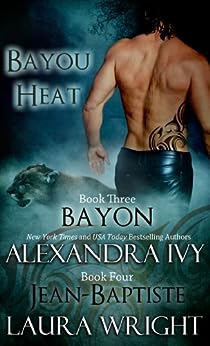 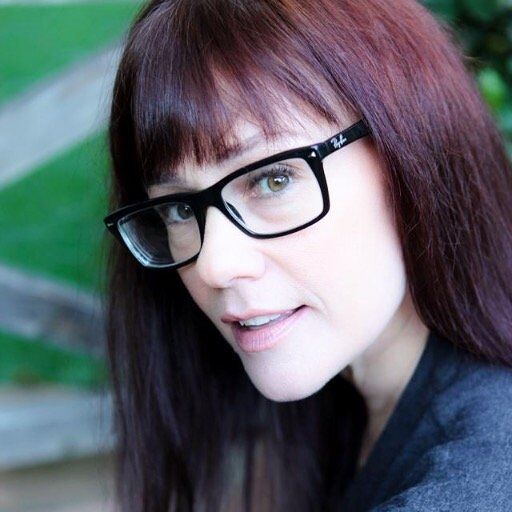 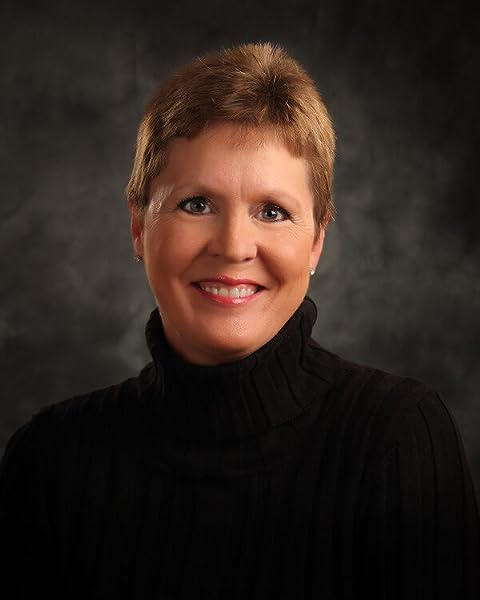 The Sandman Act 1
The Sandman offers a dark, literary world of fantasy and horror. Listen free
Books In This Series (12 Books)
Complete Series 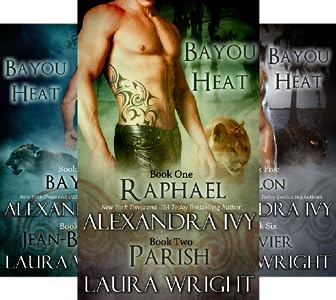 Alexandra Ivy is a New York Times and USA Today bestselling author of the Guardians of Eternity series, as well as the Immortal Rogues. After majoring in theatre she decided she prefers to bring her characters to life on paper rather than stage. She lives in Missouri with her family. Visit her website at alexandraivy.com. USA Today Bestselling Author, Laura Wright has spent most of her life immersed in acting, singing and competitive ballroom dancing, when she found the world of writing and books and endless cups of coffee she knew she was home. Laura is the author of the bestselling Mark of the Vampire series. She lives in Los Angeles with her husband, two young children and three loveable dogs. Visit her website at laurawright.com --This text refers to the paperback edition.

4.6 out of 5 stars
4.6 out of 5
235 global ratings
How are ratings calculated?
To calculate the overall star rating and percentage breakdown by star, we don’t use a simple average. Instead, our system considers things like how recent a review is and if the reviewer bought the item on Amazon. It also analyzes reviews to verify trustworthiness.
Top reviews

Danie
5.0 out of 5 stars Its Heaven. It REALLY is!!!
Reviewed in the United States on April 13, 2013
Verified Purchase
I am such a fan girl when it comes to these to amazingly talented, gorgeous authors. When I heard they were teaming up to do a series, my first thought was *sigh* All is right in my world now. Books 1 and 2 were outstanding and you really do need to read them to truly grasp what is going on with Bayon and Jean-Baptiste.

I honestly couldn't pick a favorite. I'd rather just snatch them both up and keep them to myself.

Both Ivy and Wright have their own unique writing style and you can tell without actually knowing who wrote which story. But their techniques blend so well together its like the authors almost become one. I have to admit, the cynic in me flipped through all four books to try and find even just one tiny inconsistency and whadya know?! Not a single one!

The synopsis of the book pretty much sums up what I could say without giving away any of the goods. The steam is mighty steamy in these two books. I love the evolution of the relationships in both main characters. It doesn't seem forced or premature.

We heard alot about the main characters from the first book, but I am hoping to catch up more on Bayon and Baptiste in future installments. Their books really left me wanting more.

This was a fun, sexy, fast paced read that should be in every PNR collection. Ladies, job EXTREMELY well done!!! Oh, and please, feel free to continue calling each other out on Facebook. I do so love watching your boys argue :)
Read more
One person found this helpful
Helpful
Report abuse

LaDonna
5.0 out of 5 stars What you dont have this book Yet!
Reviewed in the United States on April 20, 2013
Verified Purchase
Oh My Oh My Ooooh my what a good book this second one was I don't know who I like more Bayon or Jean-Baptiste. I tried so hard to read this book slow because I knew the next one does not come out until July, but I couldn't sooooo I ran right through it. My only 2 problems with this book is 1. I wanted more. 2. I wanted even more.....lol YES I HIGHLY RECOMMEND IF YOU READ THE FIRST ONE, WELL YOU WILL LOVE THE SECOND ONE MORE *****
Read more
One person found this helpful
Helpful
Report abuse

Marie
5.0 out of 5 stars Great second installment!
Reviewed in the United States on April 12, 2013
Verified Purchase
Two of my favorite authors have done it again! This newest installment in the Bayou Heat series, where a secret race of puma shifters are living in a Louisiana bayou and battling extinction, picks up exactly where the last two left off and it is hot! Bayon and Jean-Baptiste are two very different shifters (one a Hunter, the other a Nurturer) but they're both very alpha and both fall hard for their females.

If you haven't read the first Bayou Heat books (Raphael and Parish) I will be mentioning things from there that might be considered spoilers so don't read any further.

Possible spoiler alert...you have been warned.

This installment starts with Bayon on a mission hunting whoever hurt Ashe at the end of Raphael/Parish. What he finds, however, is the woman who stole his heart a long time ago. She's in captivity and under the influence of drugs, which made it impossible for her escape. (Not saying who it is because I don't want to give away a spoiler.) Bayon's story is really sweet as the two of them find their footing with each other again. The romance and sensuality is really high and while he's super alpha, so is she. This heroine has no problem holding her own against the dominating Bayon. I really enjoyed reading about them as a couple and the problems he helped her work through. And while Bayon is rough around the edges, he is such a sweetheart with her. I just loved reading their banter.

Now, Jean-Baptiste...oh what to say about this delicious hero. He's a Nurturer who is suffering in silence about an affliction. He can't control his cat, even outside the Bayou and that is bad news. So he's been getting tattoos and piercings with a special metal that helps control him. But then he meets Genevieve Burel, or `Miss Burel' as he likes to call her. They're both sent on a mission to New Orleans, but Jean-Baptiste plans to keep her out of the loop. Funnily enough, Genevieve has secrets of her own and plans to do the same to him. Neither of them plan for the explosive chemistry between each other. There's a great scene where another puma male is flirting with her and Jean-Baptiste has to fight his cat for control. The possessiveness he feels takes him by surprise but I really liked that he didn't fight it. When he wanted something (Genevieve), he went for her.

These two stories flowed seamlessly together, one right after the other, giving us more insight and mythology into the Bayou Heat series. These pumas are trying to fight what is basically an invisible threat against Ashe, the first person to become pregnant with a shifter in a long time. Their race is struggling not to die out and she's their last hope. While this one ends on a cliffhanger too, it's a plot cliffhanger, not a HEA type cliffhanger. I have no doubt that both these couples are meant for each other. There are a few more characters introduced that I'm really curious to know more about too, especially after a big revelation at the end. The Bayou Heat world got richer with this installment and now I'm really eager for the next.
Read more
14 people found this helpful
Helpful
Report abuse
See all reviews

mari
5.0 out of 5 stars great read
Reviewed in the United Kingdom on March 23, 2014
Verified Purchase
These are great short reads that are full of hot sexy alpha males who keep you wanting more. The characters are great and fully formed, the romance is hot and the story is great.

the stories are all about the pantera who are a race of puma shifters who live in the wildlands in the bayou, they are having trouble breeding and their magic is disappearing and they don't know why, they only know some humans are responsible and they are trying to figure out why.

Throughout each story there is a pantera male who finds his mate, hot romance and action leads you to finding more about how the panteras problems with evil humans and pantera traitors.
Read more
Report abuse

Kindle Customer
5.0 out of 5 stars Short but very sweet
Reviewed in the United Kingdom on June 5, 2013
Verified Purchase
I really enjoy this series of novellas, great characters, good storyline, lots of action in and out of the bedroom. I love how they crossover each other to keep the story going. Looking forward to reading about the next two boys in July. A great read well worth it.
Read more
Report abuse

Marta Cox
5.0 out of 5 stars Buy it
Reviewed in the United Kingdom on April 26, 2013
Verified Purchase
Absolutely fab world that has been created by these two authors. I sometimes get bored with bayou story lines but these are so fresh that I forgive them. Hot hot stories, romance and not erotica. A world to get lost in so my advice is buy the book and just wallow
Read more
Report abuse

Tracey Campbell
5.0 out of 5 stars Purrrrrrrrr hot and sexy
Reviewed in the United Kingdom on April 19, 2013
Verified Purchase
What another hit for the Bayou Heat series. This book carries on the story from books 1 & 2 and Bayon and Jean-Baptiste are the hottest of the cats and the scenes are sexy and hot.

Well worth a read and you will not be disappointed.
Read more
Report abuse

David McKay
5.0 out of 5 stars Brilliant Bayon and jaw dropping Jean Baptiste
Reviewed in the United Kingdom on April 19, 2013
Verified Purchase
Wow what a book, I read the first one in the series and loved it, couldn't wait to read the second one. I wasn't disappointed. Bayon what can you say, cool, sexy and super smooth. Jean Baptists totally unpredictable, but so loving to his girl, and the tattoos yummy. It took me just a couple of hours to read this book and can't wait for the next. Laura and Alexandra have brought again another great series to my imagination. Brilliant.
Read more
One person found this helpful
Report abuse
See all reviews