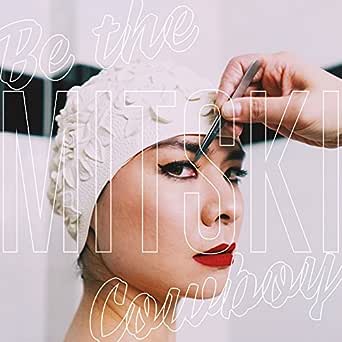 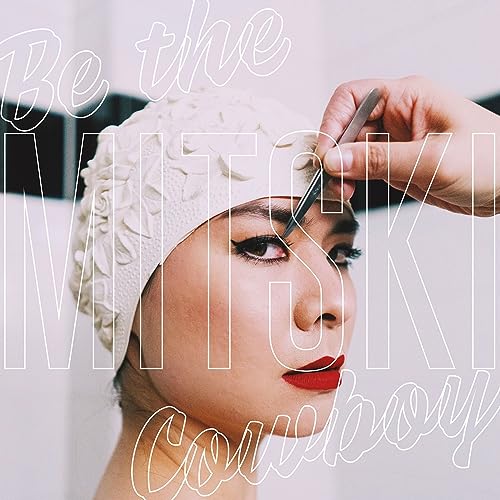 4.8 out of 5 stars
4.8 out of 5
268 global ratings
How are ratings calculated?
To calculate the overall star rating and percentage breakdown by star, we don’t use a simple average. Instead, our system considers things like how recent a review is and if the reviewer bought the item on Amazon. It also analyzes reviews to verify trustworthiness.

Brendan A. MacWade
5.0 out of 5 stars Mitski Is Incredible
Reviewed in the United States on August 24, 2018
Verified Purchase
Her voice is unique and strong. Her songs are short - shorter than most R.E.M. songs. She bridges indie rock, folk, and that highbrow female songwriter territory explored by Sarah McLachlan and Kate Bush. Just as a song of hers hooks you, it ends, leaving you wanting more. Thankfully, this is an album full of those songs - her deepest and most complete album yet. The themes remain mainly the same - love, lust, loneliness. the longing to touch another person. Mitski is on the bubble of going big. See her live before she does.
Read more
8 people found this helpful
Helpful
Report abuse

Charlie Quaker
4.0 out of 5 stars not a particularly easy listen, and it’s not meant to be.
Reviewed in the United States on December 19, 2018
Verified Purchase
5th album from this eclectic New York artist who juxtaposes her sweetly innocent voice with hauntingly personal lyrics and a creatively unpredictable musical approach. Her songs, almost all under three minutes long, reflect the intimacy of pain, lust and love; exploring relationships with a raw, visionary emotional honesty that sets her apart from other indie female singers. The music mixes an avant folksinger ethos and gentle melodies with bursts of electronic atonality, rock guitars and string-driven balladry. Reminiscent of artists like EMA, P.J. Harvey, Car Seat Headrest, Scout Niblett, St. Vincent. Like her previous albums, “Be The Cowboy” is not a particularly easy listen, and it’s not meant to be. Instead, it lets you bask in the sometimes difficult beauty of recognition and awareness.
Read more
3 people found this helpful
Helpful
Report abuse

Vanitas
5.0 out of 5 stars nobody nobody nobody nobody no
Reviewed in the United States on December 7, 2018
Verified Purchase
im a depressed college kid and this album sent me to the zen state of exams two months before they started 10/10
Read more
13 people found this helpful
Helpful
Report abuse

Amazon Customer
2.0 out of 5 stars Completely wrong item
Reviewed in the United States on June 28, 2020
Verified Purchase
I love this album and was super excited to have the vinyl to play.....instead I got a pet leash.
Read more

Tyler
5.0 out of 5 stars Fresh Air
Reviewed in the United States on March 29, 2019
Verified Purchase
Her voice is magnetic, the songs are catchy and incomprehensible all at once, truly innovative songwriting, but not arrogant or trying or contrived. Be prepared for dozens of Mitski-likes showing up over the next few years trying to capture the sound she's spearheaded.
Read more
One person found this helpful
Helpful
Report abuse

Dixie
5.0 out of 5 stars Poetry in motion
Reviewed in the United States on August 23, 2018
Verified Purchase
This is one of those records that grabs you from the first note and never lets go. Never having heard this artist before but you are instantly drawn in. Rich music and lyrics that are stand-alone poetry. Bought this based only on her excellent interview on NPR. THANK God I was listening that day!
Read more
4 people found this helpful
Helpful
Report abuse

John L. Niederlehner
5.0 out of 5 stars Mitski is an amazing talent, and the production is top notch. Simply amazing!!
Reviewed in the United States on October 18, 2018
Verified Purchase
Great music from an amazingly inventive artist and production team!! It is full of surprises, hooks, changeups, electronica, retro guitar and farfissa organ sounds, all in one package. And what a voice!!
Read more
One person found this helpful
Helpful
Report abuse

Mark Hothem
5.0 out of 5 stars NSFW but Great Songwriting and recording One of my top for 2018 as of Sept 2018
Reviewed in the United States on September 27, 2018
Verified Purchase
A much cleaner sounding recording than "Puberty 2" (one of my favorite recordings of 2016 which was a tough year w Bowie/CarSeatHeadrest/Blood Orange/JamesBlake/Radiohead...). Looks like it will be one on my list this year.
Read more
2 people found this helpful
Helpful
Report abuse
See all reviews

Kim the incorrigible
5.0 out of 5 stars THERE'S GOLD IN THEM THAR TRACKS
Reviewed in the United Kingdom on September 28, 2018
Verified Purchase
At the start of her song 'Me And My Husband,' incredibly gifted singer songwriter Mitski emits a huge exasperated sigh. Could it be that like previous reviewer Mark S. she too is disappointed by the muted response on Amazon thus far for her unmissable new album 'Be The Cowboy'? When those reviews do eventually start to roll in, it's a dead certainty that someone will gripe about the record's 32 minute playing time.
'Puberty 2', the excellent album that introduced this listener to the talents of Mitski is actually of similar length ; and they do say after all that less is more....

Adopting fictional personas for 'Be The Cowboy', Mitski moves away from the candid soul baring and biting introspection of 'Puberty 2'; the end result being a triumph of an album bristling with pop sensibility. Wall to wall with 80'S synth doodling, tinkling keys and organ, melodic picking and of course THAT seductive voice, the 14 tracks here would in a sane world make this lady a household name. These wonderful traits are perfectly illustrated by 'Nobody', a beautifully sung mix of 70's soft rock and disco elements that somehow make the state of loneliness seem uplifting.
As usual, all the instruments are played by Mitski and producer Patrick Hyland, save for some spirited horn contributors that do the stomping 'Why Didn't You Stop Me?' and 'Remember My Name' no harm whatsoever. Frequently compared with St.Vincent, Mitski does at least share the latter's aptitude on the guitar, and she colours this album with catchy jangling and curt stabs when the fancy takes her.
Taking to the piano to play the resigned, dutiful wife on 'Me And My Husband, Mitski's sense of irony shines through, and the "sigh" I mentioned earlier makes perfect sense : ..."and I am the idiot with the painted face in the corner , taking up space". Elsewhere on 'Washing Machine Heart', she enacts the wronged woman seemingly tolerating her partner's infidelity : "Baby though I've closed my eyes, I know who you pretend I am".

Awash with swirling synths and a Goldfrappish electro rhythm backing track, the song is over all too quickly. Likewise the countryish self loathing of 'Lonesome Love', which I guarantee will leave you wanting more. Other highlights include the pining 'Pink In The Night', a tale of fading, unreciprocated love and 'A Pearl', whose building guitars and dramatic horn flourishes further emphasise the sentiment of passion going off the boil.
From behind the metaphor of an oft visited High School Reunion, Two Slow Dancers' gently ease the album to a close, with it's poignant lyrics questioning our mortality to a moving soundtrack of synthesised strings.

With the mass majority of music critics already lauding 'Be The Cowboy' as one of the top albums of 2018 and Mitski's best to date, I think it would be a great disservice to pass her and this music off as 'wacky' or 'quirky' as I know some people lazily do. Like the character Mitski urges us to be in the album title, she can proudly leave town and head off into the sunset with her head held high.