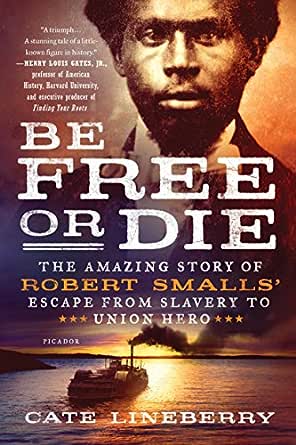 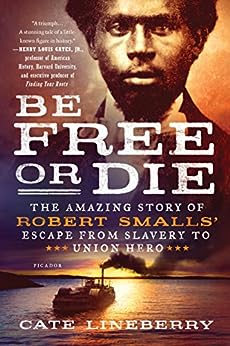 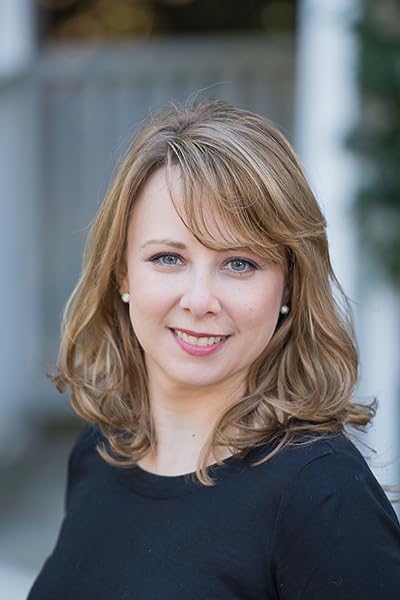 Be Free or Die: The Amazing Story of Robert Smalls' Escape from Slavery to Union Hero Kindle Edition

"Narrated by the talented JD Jackson [this book] is a treat to listen to." -Carol Baldwin's Blog --This text refers to the audioCD edition.

Cate Lineberry is a journalist and the author of The Secret Rescue, a #1 Wall Street Journal eBook bestseller and a finalist for the Edgar and Anthony Awards. Lineberry was previously a staff writer and editor for National Geographic Magazine and the web editor for Smithsonian Magazine.

JD Jackson is a theater professor, aspiring stage director, and award-winning audiobook narrator. A classically trained actor, his television and film credits include roles on House, ER, and Law & Order. JD was named one of AudioFile magazine's Best Voices of the Year for 2012 and 2013. --This text refers to the audioCD edition.

4.6 out of 5 stars
4.6 out of 5
75 customer ratings
How does Amazon calculate star ratings?
Amazon calculates a product’s star ratings based on a machine learned model instead of a raw data average. The model takes into account factors including the age of a rating, whether the ratings are from verified purchasers, and factors that establish reviewer trustworthiness.
Top Reviews

Hugh Lowther
3.0 out of 5 stars an amazing story. Unfortunately
Reviewed in the United States on March 7, 2018
Verified Purchase
The story of Robert Smalls escape from slavery in May 1862 is, truly, an amazing story. Unfortunately, Cate Lineberry didn't know how to write it correctly. Instead of writing a biography that would make Smalls come alive through the pages and serve as an inspiration to many, she wrote a dull monograph. If you just want the bare facts - who, what, when, where, why and how - this book would be for you. If you are looking for a biography where the subject, Robert Smalls, actually has a voice, then you are not going to find it here.

That isn't to say that there aren't redeeming qualities for the book. There more certainly are. She covers life on the Sea Islands and Beaufort, South Carolina during the Civil War pretty well. In fact, her writing about life in Beaumont during that era is more impressive than her writing about Smalls.

It isn't that the material isn't there. In the acknowledgements, she lists a lot of sources. Unfortunately, a vast majority of those sources are local historical sources when Smalls is a national figure. There is a lot more material that would have been of tremendous value if she would have just gone beyond regional borders, other than newspapers that she can find online.

Also, the book ends pretty abruptly after the return of Fort Sumter in 1865 as if the author was just tired of writing it. Yet Smalls had an impressive post-war career that is only touched on briefly in the epilogue.

Lastly, Lineberry is to be commended for making a valiant attempt at telling Smalls's story, difficult as it may have been. There is enough information here that should not dissuade somebody from picking it up as long as they have realistic expectations. This is not the be-all and end-all biography on the life of Robert Smalls. That book, unfortunately, has not been written yet.

Annie F.
5.0 out of 5 stars Well written, meticulously researched, riveting story - and not just for history buffs!
Reviewed in the United States on June 25, 2017
Verified Purchase
I pre-ordered Lineberry's newest book and was so excited to receive it last week. I started it immediately and could not put it down. This is an amazing story about Robert Smalls' heroic feats during the Civil War (and after) and his astounding courage and determination. Author Cate Lineberry has done a phenomenal job of bringing this hero to life in a riveting story that is well researched and beautifully written! I am so surprised that I had never heard of Robert Smalls given his impact on history. This book is a must read for those who like reading about Civil War history and American heroes...even more special that it is about an African American hero. But I think the appeal of the book extends far beyond readers who just like war history - I think it should be a must read in every middle school as the younger generation should learn about Robert Smalls when they learn about all the other American heroes that have been so important to our nation's history.
Read more
19 people found this helpful
Helpful
Comment Report abuse

A. Lanny Kraus
5.0 out of 5 stars Be Free of Die - a inspirationl true story of an amazing, but little-known American hero - Robert Smalls.
Reviewed in the United States on November 9, 2017
Verified Purchase
I learned about Robert Smalls when I arrived in Beaufort, SC many years ago and have read every book that has been published, that I know of, since that time. The first was "The Captain of the Planter" by Dorothy Sterling, back in the 70's. I continued to read about this amazing man and, as a Certified Historic Tour Guide in Beaufort, incorporated much of what I had learned in my tours. While there are about a half-a-dozen books about Smalls and a PBS Documentary, his life and the contributions he made to his country are almost beyond belief. That being said, I had to read the recent publication of "Be Free or Die" by Cate Lineberry. Of all the books about Smalls I've read, this is absolutely the best. I thought I knew a lot about his life but this extremely well-researched book taught me so much. The book has been reviewed by several prominent historians and they, too, have given it glowing praise. That this true American hero, is so little known by the American public is such a shame. Read this book, and get it into all the schools and libraries across America. I think you will agree that Smalls may have contributed as much to the civil rights of this country as Martin Luther King, Jr., but have you even heard of him? Read about his amazing life, written by a wonderful young author who makes everything in his life breathe alive. It is an inspirational work.
Read more
10 people found this helpful
Helpful
Comment Report abuse

Annie Willis
5.0 out of 5 stars Well researched and well written, enjoyed reading this book a lot!
Reviewed in the United States on June 28, 2017
Verified Purchase
Pre-ordered this after reading the author's last book. I really enjoyed reading it and found the story inspiring as well as remarkable, for Robert Smalls to do what he did is simply incredible. He was a true hero and one that I had never heard of before reading this book. I enjoy reading about our country's history and this book sets itself apart as it is extremely well written and you can tell the author did a lot of research, trying to make the book as historically accurate as possible.
Read more
11 people found this helpful
Helpful
Comment Report abuse

Kraig McNutt
5.0 out of 5 stars A true African American Civil War hero finally gets his due in print. A book worthy of the true story.
Reviewed in the United States on August 22, 2017
Verified Purchase
Cate Lineberry has done this amazing story true justice with her account of the life and escape of Robert Smalls. I first learned of this about twenty years ago and there wasn't much in modern print one could find on Smalls then. I started giving talks at Civil War Round Tables and historical societies in 2002. No other subject matter I have spoken on gets as much positive feedback than the story of Robert Smalls. Lineberry has provided a first-rate account of Robert Smalls and the escape aboard the Planter. Her research is superb. She leaves no stone unturned. As one who knows the story intimately myself I can say confidently that Lineberry's book on Smalls is the single best volume available today. It will likely never be surpassed.
Read more
5 people found this helpful
Helpful
Comment Report abuse
See all reviews from the United States