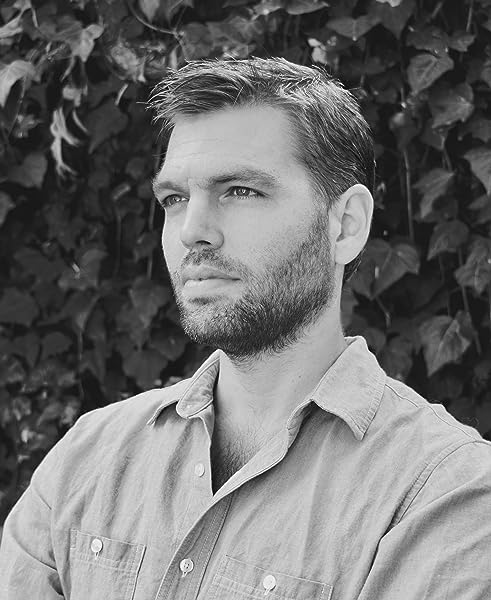 To Be a Friend Is Fatal: The Fight to Save the Iraqis America Left Behind Paperback – October 7, 2014

"Devastating . . ." the story of "interpreters and aid workers who risked their lives to work with the Americans, only to find themselves left behind as the United States pulled out, their lives in peril in a country that now regards them as despised collaborators." -- Michiko Kakutani, The New York Times

"Kirk Johnson is one of the few genuine heroes of America's war in Iraq.... Johnson's story is about America's shame, and also its honor. This is an essential book." -- Dexter Filkins, Pulitzer Prize-nominee, New Yorker staff writer, and author of The Forever War

“I have long been an admirer of Kirk Johnson--for his humanitarian advocacy on behalf of forgotten Iraqis and for his honest and poetic writing…. His is a story that arcs from charity to futility to pain to charity again, and how much he needs to tell it equals how much it deserves to be read.” -- David Finkel, Pulitzer Prize-winning journalist and author of The Good Soldiers

"What is so intriguing about this beautifully written book is that while it is a scathing critique of America's policy toward Iraq, it is not one of your usual policy books. To Be a Friend is Fatal is a deeply personal and poignant story about how one young American's passion and curiosity lead him to a distant and troubled land, where his empathy and sense justice prevent him from giving up on the people abandoned by the U.S. government." -- Azar Nafisi, New York Times-bestselling author of Reading Lolita in Tehran

“From the ruins of the war in Iraq and his own broken body, Kirk Johnson made it his cause to redeem the one American promise to Iraqis that honor required us to keep. He tirelessly fought the political resistance and bureaucratic indifference of two administrations. His account is riveting, darkly funny, heroic, and shaming.” -- George Packer, author of The Assassins' Gate and The Unwinding

"It is difficult to imagine a book more urgent than this." -- Rayyan Al-Shawaf, The Boston Globe

"The well-written book - the author is an honest, engaging and indomitable guide - warrants a special place in nonfiction shelves." -- John Kael Weston, The Daily Beast

Kirk W. Johnson has become the leading public voice on the plight of America’s Iraqi allies. A graduate of the University of Chicago, Fulbright Scholar, and recipient of fellowships from the American Academy in Berlin and Yaddo, his writing has appeared in The New York Times, The Washington Post Magazine, Los Angeles Times, and Foreign Policy. Founder of the List Project, Johnson lives in Somerville, Massachusetts.

Start reading To Be a Friend Is Fatal on your Kindle in under a minute.

Jennifer L. Bradbury
5.0 out of 5 stars A horrifying, yet compelling read
Reviewed in the United States on March 5, 2015
Verified Purchase
In 2008, my husband and I began mentoring an Iraqi woman and her two sons.
They were refugees who'd been forced to flee for fear of their lives, casualties of a war the United States began.
As the year progressed and we got to know this family more, I began realizing just how much I didn't understand about the Middle East.
The news portrayed “those people” as enemies.
Yet every time I sat in this woman's living room, reaping the benefit of her extraordinary hospitality, I questioned why exactly this was.
Years later, I'm still trying to better understand the Middle East and in particular, the refugee crisis that's come as a result of our involvement there. To that end, I recently read Kirk W. Johnson's To Be a Friend is Fatal.
In this book, Kirk explores what happened to the thousands of Iraqis who worked for the US during the war we waged in Iraq as Iraq's distaste and distrust for America grew.
Now, I'm pretty anti-war to begin with but after reading this book, I question if the cost of war is ever actually worth it.
The stories this book tells are horrific. Yet, they're stories that need to be told.
To Be a Friend is Fatal tells the stories of Iraqis who were hunted and terrorized by the insurgent simply BECAUSE they worked for the United States. It tells the stories of Iraqis who were given no protection or assistance by the US, despite the fact that their peril came as a direct result of their willingness to work for the US. It tells the stories of Iraqis who, left with no other choice, fled the country as refugees, creating the region's largest refugee crisis in 60 years.
To Be a Friend is Fatal tells the stories of refugees who fled to nearby Syria and Jordan, unable to work and unable to return home, dependent on the their savings or money from relatives in order to survive. It tells of how such refugees waded through countless layers of red tape, desperately hoping for the chance to come to America as refugees.
Unfortunately, most of these Iraqis were never given that opportunity.
Our fear kept them out.
In short, To Be A Friend Is Fatal tells the story of a country – our country – who created a refugee crisis and then did very little, if anything, to help resolve it.
It's a compelling, horrifying, and guilt-inducing read.
Yet, it's also well worth reading for anyone who wants to better understand refugees or more specifically, “the human rubble of war”.
Read more
5 people found this helpful
Helpful
Comment Report abuse

JJ
5.0 out of 5 stars "If you aren't killed or forced to flee, feel free to come to the US in about 18 months. Thanks for your service and good luck!"
Reviewed in the United States on November 19, 2013
Verified Purchase
Needs to be read by more Americans, especially those who have served overseas (in any capacity) for the USG. Recounts a years-long, shameful, and preventable humanitarian crisis in Iraq of our own making; a crisis which continues up until the present, as our local allies are either forced to flee their country, or are gradually hunted down and murdered. Our ability to find and make friends on the ground in the region has been permanently damaged, because we have thrown away our credibility with our refusal to protect those who risked everything to help us.

If you ever wondered why we spent nearly 10 years (or longer, in Afghanistan) and never seemed to make any lasting progress, you need look no further than this book. The execution of our foreign policy in Iraq was hamstrung by bureaucratic paralysis, just as much as the syndrome of "invading Iraq every year for 8 years" was a problem on the military side. No one should make the mistake of thinking this was a purely Bush administration-era failure, either. It doesn't take a close reading to reveal that bureaucratic cowardice and willful blindness was a prominent feature of both the Bush and Obama teams on this issue.

Remember: People sleep peaceably in their beds at night, even if you find yourself kidnapped, tortured, or murdered, because they absolve themselves of blame when they were "just following procedure", "it's a complicated issue", or "were ramping up our efforts". I seem to recall something about "just following orders" never being an acceptable excuse, but since we didn't "lose", I guess no one will ever complain about it to us....

A lesson to take away from this book is the futility of risking your own talents and health for the chance to "protect American freedom", "promote American values", or any other drivel they are peddling that day. You can either make your peace with being pitifully ineffective, or you can determine to break the rules and become an enemy of the bureaucracy. Because risking anything to protect the freedoms of others, or promoting American values by personal example, is actually embarrassing and inconvenient for those who are trying to protect their career or retirement prospects, your chances of success are about the same either way. The only way to win the game is not to play.
Read more
4 people found this helpful
Helpful
Comment Report abuse
See all reviews

Affaan Moosa
5.0 out of 5 stars Five Stars
Reviewed in the United Kingdom on December 10, 2016
Verified Purchase
Thanks a lot I so eager to read it
Read more
Report abuse

Lorraine
5.0 out of 5 stars Great book written by a very special man.
Reviewed in Canada on August 28, 2014
Verified Purchase
I am so glad I bought this book. An amazing true story about the Iraqis who helped the USA during the war and then were left behind and the incredible journey of the author who, against all odds, fought (and still fight) to help these people to become refugees. A man, a book, a project (The List Project : http://thelistproject.org/ ) that won't leave anybody indifferent.
Read more
Report abuse

Malcolm Rust
5.0 out of 5 stars Title says it all!
Reviewed in Canada on December 29, 2013
Verified Purchase
Well written making it an easy read. Appears to be an accurate account of the high price paid by many Iraqis for collaborating with the USA and the State Department's failure to protect the most vulnerable.
Read more
Report abuse
See all reviews
Pages with related products. See and discover other items: list of names