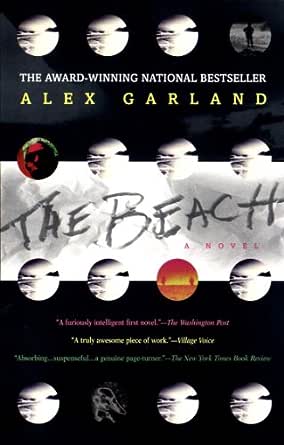 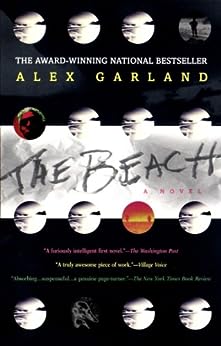 Alex Garland was born in London in 1970. The Beach, his first novel, received great critical acclaim. It was a national bestseller in the UK and hit many regional lists in the US. He lives in London. The Tesseract is also available from Brilliance Audio. --This text refers to an out of print or unavailable edition of this title.

Before committing suicide, a deranged Scot gives Richard a map of "the beach," an Eden on an island near Thailand. Richard and a French couple find the place and begin a communal life--of work, sun and drugs--with about 30 others until a series of events causes it all to unravel. Michael Page adeptly captures Michael's world-weary cynicism, as well as the often extreme emotions of the beach's inhabitants. His first-person narration, while on target in conveying Richard's personality, also manages to differentiate the other characters--no small task. This is a trip no listener will forget. M.A.M. (Also available abridged from Nova/Brilliance.) (c)AudioFile, Portland, Maine --This text refers to an out of print or unavailable edition of this title.

In our ever-shrinking world, where popular Western culture seems to have infected every nation on the planet, it is hard to find even a small niche of unspoiled land--forget searching for pristine islands or continents. This is the situation in Alex Garland's debut novel, The Beach. Human progress has reduced Eden to a secret little beach near Thailand. In the tradition of grand adventure novels, Richard, a rootless traveler rambling around Thailand on his way somewhere else, is given a hand-drawn map by a madman who calls himself Daffy Duck. He and two French travelers set out on a journey to find this paradise.

What makes this a truly satisfying novel is the number of levels on which it operates. On the surface it's a fast-paced adventure novel; at another level it explores why we search for these utopias, be they mysterious lost continents or small island communes. Garland weaves a gripping and thought-provoking narrative that suggests we are, in fact, such products of our Western culture that we cannot help but pollute and ultimately destroy the very sanctuary we seek

Garland's amphetamine-paced first novel plunks some young European expats down on a remote island in the Gulf of Thailand. There, tired of the prepackaged experience available to them in the West, they try to create their own paradise. The narrator is an Englishman named Richard. Born in 1974, he has grown up on popular culture and is a fan of video games and Vietnam War movies. While staying at a creaky Bangkok guest house, he finds a carefully drawn map left by his angry, doped-up neighbor, a suicide who called himself Mr. Daffy Duck. The map points the way to a legendary beach where, it's rumored, a few favored international wanderers have settled. Richard's new friends, Etienne and Francoise, convince him to help them find the island. But Richard, inspired by sudden anxiety about Etienne, gives a copy of the map to two American backpackers-an act that later haunts him as keenly as the ghost of Mr. Duck. Richard and his French companions find the island: half is covered by a marijuana plantation patrolled by well-armed guards; the other half consists of a gorgeous beach and forest where a small band of wandering souls live a communal life dominated by a gently despotic woman named Sal. At times, Garland seems to be trying to say something powerful about the perils of desiring a history-less Eden. But his evocations of Vietnam, Richard's hallucinatory chats with the dead Mr. Duck and various other feints in the direction of thematic gravity don't add up to much. Garland is a good storyteller, though, and Richard's nicotine-fueled narrative of how the denizens of the beach see their comity shatter and break into factions is taut with suspense, even if the bloody conclusion offers few surprises. 150,000 first printing; $150,000 ad/promo; foreign rights sold in the U.K., Germany, Holland, Italy.
Copyright 1996 Reed Business Information, Inc.

A mesmerizing first novel, already a hit in the author's native England, that manages to be many things at once: a smart look at a generation way beyond mere disillusionment, an anti- travelogue to the most exotic of locales, a study in small-group psychology, and a convincing profile in madness. All this, and the dynamics of a fast-paced thriller. The narrator, Richard, adrift in ``backpacker land'' (i.e., Southeast Asia), craves ``something different,'' the ultimate travel spot unspoiled by his own kind. Like most of the travelers he meets, Richard's bored with the usual dissonance of Thailand and Burma. His problems are solved (or just begin) when a crazed suicidal Scotsman, his neighbor in a Bangkok flophouse, leaves him a map to a new Eden, a beach on an uncharted island off-limits to tourists. With a French couple who also crave new thrills, Richard begins his journey ``in country,'' his lingo drawn from the Vietnam War as filtered through TV and movies. A gruelling trek brings the three to ``the Beach,'' a remote strip of perfect nature reached after forging a dense jungle, crossing a marijuana field guarded by armed natives, and then jumping into a 40-foot waterfall. Once there, the three are welcomed by the strange commune of international drifters who have nurtured their compound over six years, surviving on spearfishing, local produce, and lots of pot. Like characters from an adult Lord of the Flies, the 30 or so inhabitants polarize into groups, and chaos descends after a series of ugly incidents. As nutty as Richard seems to grow, the commune's leader is even crazier in her desire to preserve a glorious isolation. The horrors accrue as the moral ambiguity deepens. Garland owes as much to Conrad and Golding as he does to Coppola, Stone, and Warner Brothers cartoons, and it's that wild mix that helps make for a riveting read. (First printing of 150,000; $150,000 ad/promo; Book-of-the-Month Club/Quality Paperback Book Club selection) -- Copyright ©1996, Kirkus Associates, LP. All rights reserved.

The Bookcassette® format is a special recording technique developed as a means of condensing the full, unabridged audio text of a book to record it on fewer tapes. In order to listen to these tapes, you will need a cassette player with balance control to adjust left/right speaker output. Special adaptors to allow these tapes to be played on any cassette player are available through the publisher or some US retail electronics stores.

Garland, a British writer in his twenties, captures all the cynicism and disjuncture of his generation in his gripping first novel. Richard, his narrator, is a chain-smoking wanderer who has discovered that "escape through travel works," especially travel in Asia. Not alone in his feeling of alienation from the orderly world of family and work, he quickly makes the acquaintance of fellow disaffected travelers in Bangkok, including a guy who goes by the name of Daffy Duck. Mister Duck (as Richard calls him) bequeaths a carefully drawn map to our hero just before committing suicide, and soon Richard and a young French couple he haphazardly befriends are on their way to the Beach, a forbidden island paradise. Bold and naive, they barely survive their journey, or the shock of discovering that the island highlands are covered with fields of marijuana guarded by vicious Thai commandos and that the Beach is home to a motley collection of pot-smoking Euronomads enmeshed in their own sinister society. Garland is a wonder; he's able to write unrelentingly suspenseful, downright hallucinatory action scenes, then balance them with passages of chillingly accurate psychology. His intensely imagined tale is, on one level, a brilliant update of Lord of the Flies, and on another, a wholly original and unsettling depiction of psyches shaped by the bewildering messages of Loony Tunes, Apocalypse Now, Nintendo, and the age-old cult of oblivion. The Beach has cult status scrawled all over it. Donna Seaman

Fresh, fast-paced, compulsive and clever Nick Hornby Lord of the Flies and The Magus lurk at the roots of this novel, but Garland reshapes them with panache into something terrifyingly new Mail on Sunday A gripping adventure, and a fascinating jigsaw The Times
Read more