You've subscribed to Live Oak Tales! We will preorder your items within 24 hours of when they become available. When new books are released, we'll charge your default payment method for the lowest price available during the pre-order period.
Update your device or payment method, cancel individual pre-orders or your subscription at
Your Memberships & Subscriptions
There was an error. We were unable to process your subscription due to an error. Please refresh and try again. 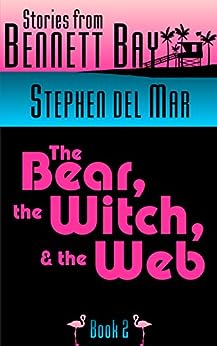 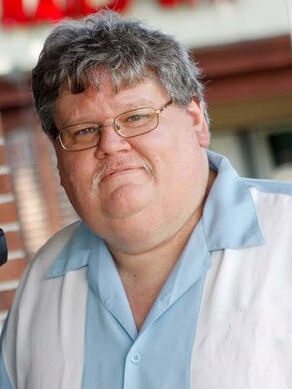 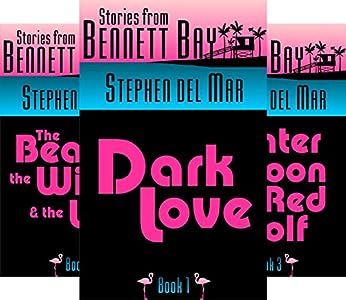 JR
5.0 out of 5 stars Everyone has a role and meaning
Reviewed in the United States on January 8, 2017
Verified Purchase
All of the Tales from Bennet Bay are interesting. The author has assembled an intriguing cast of characters even as fantasy is interwoven into the narrative. The author makes it all so believable and certainly helps the reader relate to the characters described. I had not difficulty motivating myself to read the net volume, even the short stories. I found the inter connections fascinating.
Read more
Helpful
Report abuse

Daniel Mitton
5.0 out of 5 stars see a doctor and get on medication” So better get me some meds baby
Reviewed in the United States on August 3, 2015
Welcome back to the part of Florida that has faeries, dragons, bears, witches and magic. The author says in his copyright notice, and I quote.

“This is a work of fiction none of this is real. If you don’t understand that, see a doctor and get on medication”

So better get me some meds baby, because I so want to believe this place is real and just a couple hours away from where I’m sitting right now!

The Bear, The Witch and The Web picks up a month after the end of Dark Love. With the passing of Auntie Flora May, things seem to have changed at the farm in Live Oak. Her nephew Max, who we met in book one, is planning her memorial and the spreading of her ashes on the meadow of the farm, as were her last requests.

Max still doesn’t believe in magic, faeries, or any of the rest of it. He thinks is aunt was just a little touched, and doesn’t care for some of her friends at all, particularly this guy Innes who says he is a male witch! Max hopes that the memorial service will let him grieve for his aunt and get past her death. Some of those friends of his aunt, including Innes, look at it as a way to save the faeries. And they’re already trying, as Max finds out when he finds Innes and two other guys naked and having a three-way on top of a rock in the forest!!

Max is described as a sixty year old daddy bear. He thinks he is fat, but that doesn’t stop at least two hot young guys from fighting over him. And that isn’t even counting the guy who looks the same as he did when Max was a teenager. How the hell is that possible?

What will happen when Max finally drinks the blue tea his now deceased aunt always wanted him to drink with her? What happens when he discovers it is all true?

Warning: This book contains faeries, dragons, bears, a mysterious web, and a lot of fairy bukakke!! I loved the story, and can’t wait to move on to book three, which I just happen to also have on my kindle already! Take my advice, read Dark Love, then read this one, then get ready for the third one that I’ll be reviewing in a few days!

(Originally reviewed for Love Bytes Same Sex Reviews as a 4.5 out of 5)
Read more
Helpful
Report abuse
See all reviews

Cheryl
4.0 out of 5 stars Enchanting, Engaging and full of fairy dust
Reviewed in the United Kingdom on October 25, 2015
Verified Purchase
This was the second book in the trilogy and, whilst I very much enjoyed it, I didn't love it as much as the first. I think, possibly because it was relatively short, things weren't as detailed as the first book, and it didn't take its time quite as much. However, having said that, it was a great book and I think if I hadn't read the first book I would have loved it.

I hate reviews where they rehash the story. Either you've read the book and don't need to know, or you haven't read the book...and don't need to know. If you want to know the story, read the book,. What you need to know here, is that the story is enchanting, engaging and magical, although I could have done without knowing what fairy dust really is.
Read more
Report abuse
See all reviews
Back to top
Get to Know Us
Make Money with Us
Amazon Payment Products
Let Us Help You
EnglishChoose a language for shopping. United StatesChoose a country/region for shopping.
© 1996-2021, Amazon.com, Inc. or its affiliates