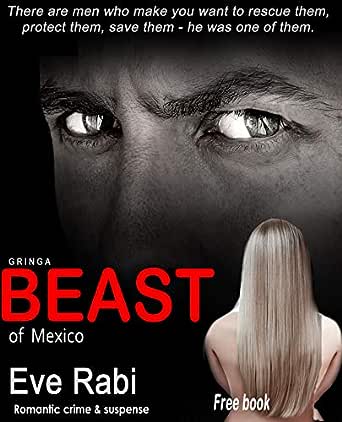 You've subscribed to Gringa! We will preorder your items within 24 hours of when they become available. When new books are released, we'll charge your default payment method for the lowest price available during the pre-order period.
Update your device or payment method, cancel individual pre-orders or your subscription at
Your Memberships & Subscriptions
There was an error. We were unable to process your subscription due to an error. Please refresh and try again. 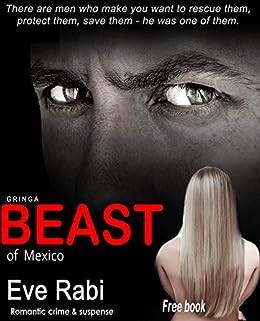 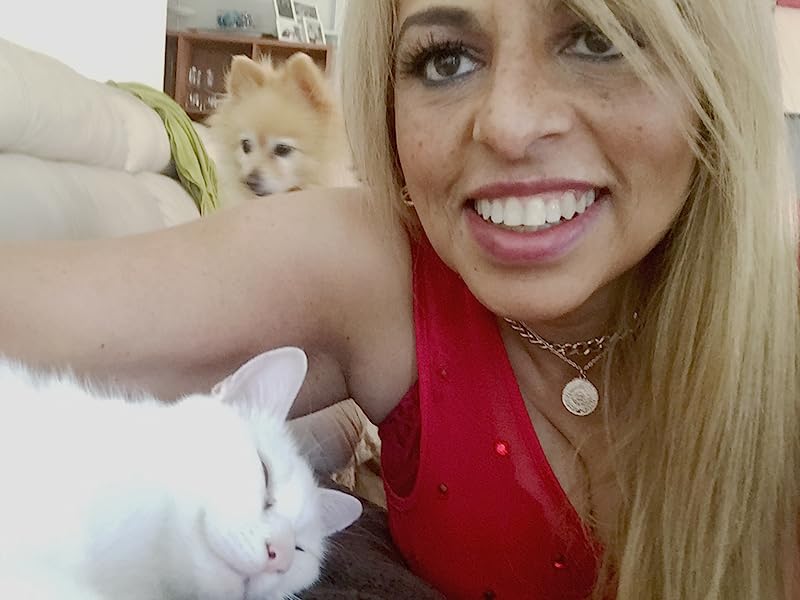 Beast of Mexico - There are men who make you want to rescue them, protect them, save them - he was one of them. : A romantic suspense, romantic crime, crime lord novel (Book 1 in the series) (Gringa) Kindle Edition 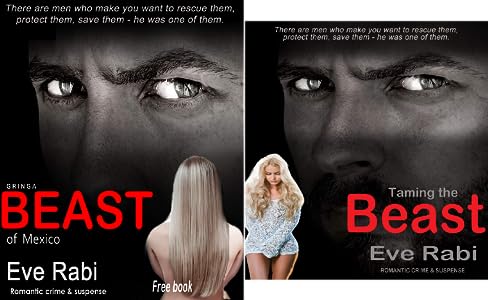 GRINGA REVIEWS:
"A smart and crude rendition of Beauty and the Beast."
"This is how books should be written. I had all my emotions rolled into one. I cried, I laughed, I felt all gooey, I was mad and I was happy. Once I finished with the first book, I had to rest."
"It's like beauty and the beast on crack, sex, tons of violence and equal amounts of humor."
"An amazing love story between a barbaric Mexican drug lord and a sassy young American that will make you laugh, make you cry and make you so sad that it came to an end."
" One of the best books I have read lately! It made me laugh so much."
"Pulled me in from the start. Cant wait to read book 2. Kinda like Beauty and the Beast with a sharp twist."
"If you are tired of reading predictable romances, this author is for you."
"It's now one of my favorite books of all time."
"Amazing series. Loved all four books and will definitely read anything this author puts out."
"Once you have start reading it you really can't stop.""This is my first ever review of a book and I read constantly. I believe I have found a new favorite author!!"
Tags:
Romance contemporary, romance suspense, romantic thrillers, romance mystery, books in kindle, romance with strong alpha males, romantic comedy, romance humor, romance humour, contemporary romance legal action, books by Eve Rabi, free fiction, fiction romance, multiracial and interracial romance, romance, multiracial and interracial, kindle books romance, books for sale.

REVIEWS:
"I am addicted to Eve Rabi's books. I'm on my tenth one right now. Great characters, great stories. Lots of twists and turns."
.
"As a bookstore owner, over the last 40 yrs I have read a minimum of 3 books a week. Take my word for it, you will never have a dull moment whilst reading any of Eve Rabi' s books!"
.
"Read her books and you won't need comments. All are superb. Different, excellent, un-put-a down -able. Eve Rabi is the lady for now and the future."
.
"I love this author. Her stories are always unique, different from the typical love stories you read. I've become so addicted to her books, that I already downloaded and read all her books in 2 weeks."
.
"Eve Rabi is becoming a firm favourite of mine. I love her modern stories, brilliantly written stories, and believable plots, bring me more."
.
"All I have to say is, if you haven't read and Eve Rabi book, you need to stop what you're doing and download one immediately! Her stories are so very different and so very twisted. There isn't always a HEA, but you go on a hell of a ride every time."
.
"I have been so impressed with this writer I have read 3 of her books in the last 48hrs. Can I say kick ass stories and kick ass heroines. Real page turners. Read it in one night."
.
Rabi is a brilliantly funny, laconic writer. Her tales are bold, and she takes no prisoners, ever."
.
"I have read all of Eve' s books and loved every one. She takes romance novels to another level, twists that you would never imagine, kick ass heroines, and all virtually impossible to put down! Love Eve Rabi!"
.
"I love your books I have bags under my eyes, haven't slept for days going through your books."
.
"One thing that I like from this author now that I have read all her books is that she takes time to develop her characters as well as develop the romance. There is no zero to 60 in 3 seconds here. Her characters are flawed and multi-dimensional."

As you'veprobably read in my blog, I wrote GRINGA in 2009 after a nightmare.

Yeah, I know whatyou're going to say - sounds clichéd, the whole nightmare thing has been doneetc. etc., but here's the thing:

I was soterrified after that nightmare, I couldn't go back to sleep.

The drug lord'sshooting, the bullet that came my way, (I saw it as it hurtled toward me) wasso real and so terrifying, that it took days for me to get over the horribledream.

I stoppedwriting Captured, which I was busy on, and started writing Gringa.

It took me a year to writeGringa, and the feedback I got about Payton's character from my writing group,which consisted of authors - they didn't like her character.

Too feisty, too rudeand she had no filter, they complained.

Mm. I was in a bind. Should Ichange her character, I wondered? Make her more likable?

But after much thought, Idecided not to. Payton was so strong in my mind and so entertaining without afilter, that I had to chance it and let her be.

Now, just about every singlereader tells me that they love Payton's character.
I am glad I did not listen tomy writing group on that aspect.

As for Diago, I hated thea-hole in the beginning, but I, like Payton, grew to love him.
In the original ending, which Ichanged after umpteen requests, I cried buckets as I wrote.

I even cried during my many re-writes!(I am a cry baby, btw.)

I enjoyed the company of everysingle character in Gringa, including Tongue the fargin SOB, and Christa the fargin nympho!

They all brought something tothe table as many readers pointed out.

My fans have asked, so I willbe publishing the original ending of Gringa, but it will be FREE to anyone whohas read Gringa, free to my fans.

I will be doing that in thenext couple of months, so watch my Wordpress blog and ...make sure you have fargin Kleenex.