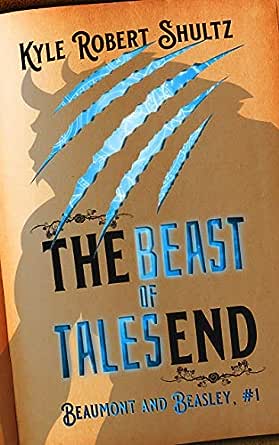 You've subscribed to Beaumont and Beasley! We will preorder your items within 24 hours of when they become available. When new books are released, we'll charge your default payment method for the lowest price available during the pre-order period.
Update your device or payment method, cancel individual pre-orders or your subscription at
Your Memberships & Subscriptions
There was an error. We were unable to process your subscription due to an error. Please refresh and try again. 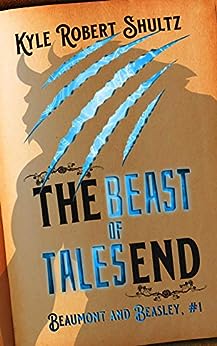 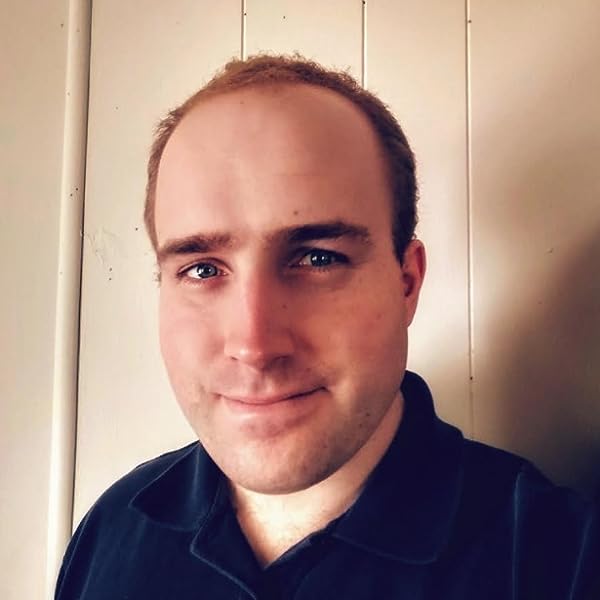 The Beast of Talesend: After Beauty and the Beast (Beaumont and Beasley Book 1) Kindle Edition 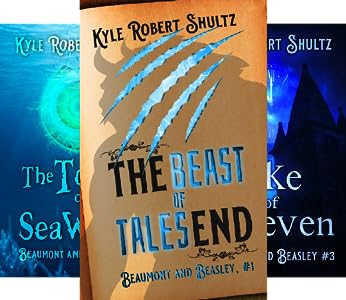 4.7 out of 5 stars
4.7 out of 5
90 customer ratings
How does Amazon calculate star ratings?
Amazon calculates a product’s star ratings based on a machine learned model instead of a raw data average. The model takes into account factors including the age of a rating, whether the ratings are from verified purchasers, and factors that establish reviewer trustworthiness.
Top reviews

S. A. Hiner
5.0 out of 5 stars Light hearted, funny, magical and utterly delightful.
Reviewed in the United States on September 3, 2017
Verified Purchase
Upon first reading the blurb about this book my initial reaction was: Okay, who has been reading my diary? I don’t keep a diary, however, were I to, this is exactly the sort of thing one might find within it:

What if there was a no-nonsense detective in say, the 1920s era, who doesn’t believe in magic but then he ends up getting turned into a Beast, à la Beauty & the Beast. And there should be air ships! And a magic mirror! And a wise cracking but lovable brother character! And an evil sorcerer!

Now, I’m not accusing the author of reading my diary, or spying on my dreams, I’m just saying…it could have happened.

All that being said, I was excited to read this book, very excited. There are a plethora of fairy tale retellings out there, but I was betting on Shultz and his blurb to do the impossible: make it fresh.

I won that bet.

The Beast of Talesend was delightful. Light hearted, funny, magical and utterly delightful. I loved our main character, Nick Beasley. His utter denial over what has happened to him was terribly amusing to read, as was his brother’s reaction (I’m still not over the gunfire). Nick was a well-developed hero, who I could easily picture and watch with delight in every scene. I’m not sure exactly how Shultz managed it, but this character was so deftly put together and full of life, I remain convinced he must be real.

Lady Beaumont Cordelia was a breath of fresh air, though a bit of an enigma in the first half of the book. Half of me wanted her a little more fierce, the other half enjoyed the fact that she behaved (mostly) like a lady. I think future books will do her more justice, allowing more of her natural vivacity to shine.

Crispin was fun, though somewhat a cliché. I hope he is given plenty of page time in the future stories, because I would love to see him grow as a character and be a bit more fleshed out. In fact, I would be most interested in a novel told from his point of view. I got the feeling that he has a lot more to say.

Our main antagonist, Lord Whitlock was bit one-dimensional. It is my one regret for this story that I did not find him a bit more menacing. Perhaps it was the light-hearted nature of the book that caused me not to find his character to be more of a threat. Single-mindedly bent on world domination for the last 3/4 of the book, his character had more traction in the beginning of the story when he was (pretending to be?) an unrepentant, though somewhat charming, rogue. I was greatly intrigued by his ending though, so I look forward to where his character might be taken far, far down the road. In a more wondrous land, perhaps?

One of the things I enjoyed most about this book was the banter between characters. I am a dialogue fiend, and the rapid fire between the characters was like an ice cream sundae bar for me.

I was surprised by how much I enjoyed the scene within the mirror, I was nervous for our main characters but ended up being pleasantly rewarded with a fascinating twist on the tale of Snow White. The heartbreaking moment when Nick realizes what he must give up was excellently executed, and made me tear up. It seemed to echo our bittersweet open ending .

Speaking of which, what an ending! It felt more like the crest of one problem, on the way to more threatening ones. Like this is just part one, and we have upped the ante for round two.

Shultz has a wonderful way with words, and I found myself highlighting quite a few passages.

"The flower swayed gently to and fro, like a tree in a soft breeze—or a snake preparing to strike."

But my favorites were the humorous bits;

"She was stunning, but fortunately, as a hardened and experienced detective, I was impervious to this. More or less."

“I’d have a much easier time using my strategic advantage if I knew what it was.”

The Beast of Talesend is a cleanly written detective/adventure story about real fairy tales. I think it goes without saying that it is an original idea. It is also a well-executed idea, with a lot of laughs and plenty of promise for future books.

ModelCitizen626
4.0 out of 5 stars I'm Eager to Read More by This Author
Reviewed in the United States on February 16, 2019
Verified Purchase
I didn't realize the books in Shultz's Beaumont and Beasley series are fairytale retellings until I started reading, and I'm happy to say that the first installment is a Beauty and the Beast retelling I won't soon forget!

Characters
BY FAR my favorite character was Crispin, our main character's hilarious younger brother. He and the entire cast of characters leapt from the pages and added to the already thrilling plot. I can't wait to explore the rest of the series and visit with these characters again.

Creative Retelling
Shultz has managed to take the classic fairytale of Beauty and the Beast and give it a unique 1920s-esque vibe, complete with insightful tweaks that put a new spin on the classic and make it his own. The end result is simply fascinating. If you're a fan of loose retellings, I highly recommend checking out this book.

The World Building
Shultz paints a vivid description of the town of Talesend and the fantastical pit-stops Cordelia and Nick make on their quest. I especially liked the Mirror realm and all the complexities it offered.

The Final Battle
While the final battle against the villain was entertaining, I was a little confused about how the villain was defeated. The epilogue did help explain some of that though.
Read more
One person found this helpful
Helpful
Comment Report abuse

Hannah Heath
4.0 out of 5 stars So much fun!
Reviewed in the United States on June 12, 2017
Verified Purchase
Some stories are serious. Some are entertaining. Some are fun. And others are funny. As in, stupid-smile-plastered-on-you-face-the-whole-time-you’re-reading-the-book funny.

The Beasts of Talesend falls into all of these categories, but dominates the latter one. It’s been a long time since I’ve read a book with such hilarious dialogue and excellently funny first person narration.

This is the type of story where all of the elements on their own are very good. The clever world-building: An amalgamation of several different fairytale elements, all set in 1920’s England. Black market of magic included. The witty writing style: A funny, ironic narration that reminded me slightly of a non-sci-fi version of Douglas Adams. The epic characters: The annoyed, disbelieving Nick, the quirky Cordelia, and the hilarious but more-than-just-a-funny-face Crispin (Nick’s brother, and, incidentally, my favorite character).

If all separated out and left to their own devices, they would work well. But when wrapped up into a single story? Sheer brilliance.

It took me about half of a chapter to decide that I really, really liked the book. And another two chapters to decided that I loved it and wanted a sequel immediately.

This is unlike any retelling I’ve ever read. In fact, I’m not entirely sure that it qualifies as a re-telling. It was a very loose reimagining that included many fairytale elements: The mirror from Snow White, the rose from Beauty and the Beast, and a flying carpet that was an epic nod to Aladdin. Each twist on the fairytale world was original…and often made more sense than the source material.

Of course, the fairytale element wasn’t the only part of the story that felt fresh. The characters that we are at first led to assume to be comic relief (Crispin, and, on a lesser level: Cordelia) end up having complex and interesting backstories. The hard-boiled detective Nick is lovably skeptical with a soft-side. All of the characters were equally fleshed-out and the dynamics between each of them only made each character more clearly defined.

My only (very minor) complaint is that I never felt any of the characters were in danger, so even though the stakes were technically fairly high, I never felt like they were. That being said, this type of clever, fun story doesn’t always need the ‘believable danger’ factor, so it wasn’t necessarily to its detriment.

If you’re looking for a hilarious story with excellent writing, magical elements, creative world-building, and great characters, then The Beasts of Talesend by Kyle Robert Shultz is for you. If you aren’t looking for this type of story: Shush. Yes, you are. Read this book.
Read more
2 people found this helpful
Helpful
Comment Report abuse
See all reviews from the United States

Kyle Schultz’s story, the first of the Beaumont and Beasley Chronicles, rewrites Beauty and the Beast and Snow White, throwing in intriguing hints of other stories to come and spicing it with humour and warmth. Nick and Cordelia spark off each other nicely and the pace is well controlled. I’m looking forward to the next in the series.
Read more
Helpful
Sending feedback...
Thank you for your feedback.
Sorry, we failed to record your vote. Please try again
Report abuse