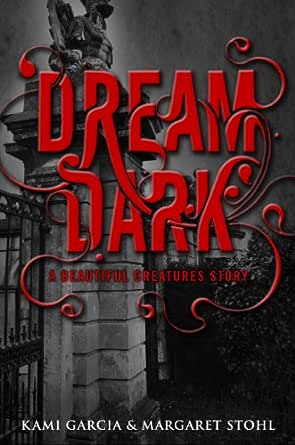 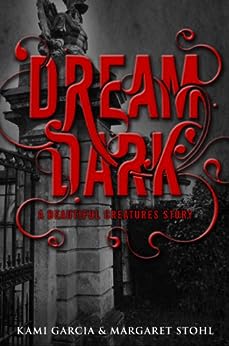 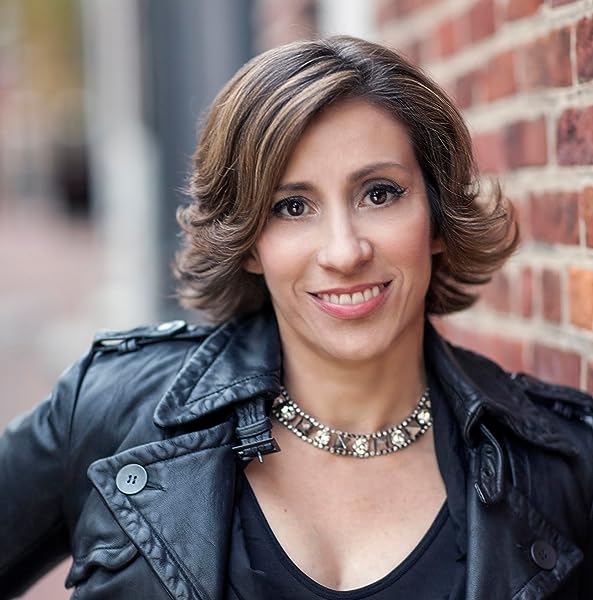 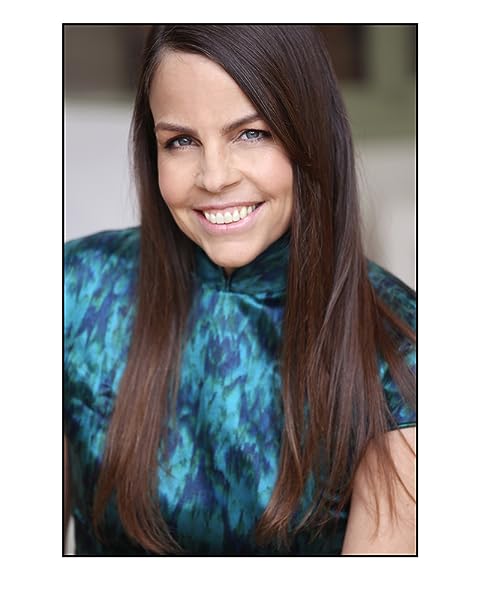 4.0 out of 5 stars
4 out of 5
451 global ratings
How are ratings calculated?
To calculate the overall star rating and percentage breakdown by star, we don’t use a simple average. Instead, our system considers things like how recent a review is and if the reviewer bought the item on Amazon. It also analyzes reviews to verify trustworthiness.
Top reviews

OpheliasOwn
VINE VOICE
3.0 out of 5 stars Cute Story, Unnecessary as Separate
Reviewed in the United States on March 10, 2013
Verified Purchase
When we last left the Caster series, poor Link had been bitten by a half-blood Incubus. Link, the bumbling but devoted friend to the Casters and Sirens, now finds himself in a difficult predicament. Link is shifting. He is changing. He is becoming an Incubus. If Link is confused by the change, then his uber-religious mother is downright beside herself. Link is getting larger. His muscles are bulging, as opposed to being barely visible, and now he is an opposing figure. Once his mother drags him to the doctor to test for drugs and steroids, he knows he has to go to Lena and Ethan for help with what is happening to him.

They take Link to Macon Ravenwood, Lena's uncle she thought had died. Macon helps Link understand the changes that are happening to him and explains the life of an Incubus. He calms Link down when he worries about having to eat blood to survive and what kind of monster he could become. But then Macon gives Link a task. He must deliver a message through the Caster tunnels. What Link finds, though, is that the message was really for him...

This was a really short little blurb that would have been better as a chapter in the next book than a whole "novella" sold separately. I haven't read the next book in the series, so I am not sure how necessary this information will be, but since this is only available as an ebook, I hope they include it in the next book if it is vital to the story. Although I have to say, seeing goofy Link referred to as "Linkubus" was hilarious! Basically, this is just to tide the Caster fans over until October when the new book drops, and won't mean much to anyone who hasn't read the rest of the series.

Books&Stuff
5.0 out of 5 stars Cheap Quick Read!
Reviewed in the United States on September 26, 2011
Verified Purchase
I bought this because I had just finished book 2 in the series and found it to be extremely good with a fantastic ending. So I read about this and it said it's Link's story as well as the first 5 chapters of the next book. For $1.99 why not? Link's story is really good and I think every one who reads these books likes Link, his personality is amazing and what he's going through is really fascinating. I enjoyed reading about just him. He goes through quite a bit of challenges in just a few short chapters and spends quite a bit of time spending time with Macon and doing special tasks for him. Can't wait to learn even more about what a Linkubus can do even though this tidbit enlightened me quite a bit on his strength. I enjoyed very much when his mother took him in to be tested for steroids. And since the next book doesn't come out til October I really was thrilled to get the added bonus of the first 5 chapters of Beautiful Chaos. It is like everyone said very quick to read, but for the price, it's worth it, in my opinion. It left me wanting more and excited to see what will happen for everyone in the third book. I think the action will definitely continue for all 4 of our main young adults characters.
Read more
One person found this helpful
Helpful
Comment Report abuse

Kim Deister
4.0 out of 5 stars Bridging novella
Reviewed in the United States on August 13, 2013
Verified Purchase
My review: Dream Dark is a short novella, but an integral part of the Beautiful Creatures series. This series focuses largely on Link, Ethan's best friend whom I love. The forward motion of the series-level plot doesn't advance too much, the focus being on Link and his story. But learning about Link was more than sufficient!

Things to love about Beautiful Creatures...

--Link. A supporting role within the series, yes, but one that is integral to Ethan's character as well. He is funny and fun-loving and a spark of light in a story line that is often rather dark.
--The bromance. I love the friendship between Ethan and Link. They compliment each other and their is unwavering support and loyalty.

Things I wanted more of...

My recommendation: This novella is a link between the first half and the last half of the series and a must read for fans of the series!
Read more
Helpful
Comment Report abuse

Lisa Weaver
5.0 out of 5 stars Link
Reviewed in the United States on July 15, 2013
Verified Purchase
I enjoyed this because it gave a little more insight into Link and how he is holding up with his change... i do enjoy reading about Ethan and Lena but its also refreshing to see what the other characters are going through. they all seem to hold so much back from each other throughout this series, we at least the first 2.5 books i've read so far, you would think someone would say "hey maybe we should put our heads together and figure this out by what each one of us knows", but it works the same in reality and sometimes you just can't make sense of what you're seeing until something happens and you fit the pieces together, kind of like Link walking in on Ridley and not noticing the light... i suppose you can't exactly tell everyone every detail of what you see everyday lol... i can't wait to see what exactly Ridley is going to do with her little ball of magic!!!
Read more
Helpful
Comment Report abuse
See all reviews

nemo man
3.0 out of 5 stars filling the missing plot line from books 2 to 3
Reviewed in the United Kingdom on June 9, 2013
Verified Purchase
this is a book made for fans but to call it a quick indulgence doesn't even come close, there are times in this hour long book that you think, why didn't they just include it in the 3rd instalment to being with,
As to be honest, we kind of needed the interaction that shows links change but also reflect in this closeness he shares with Jessica rabbit style. ex caster Ridley, firely in nature yet underneath hints at maybe there is more to their romance in beautiful creatures and beautiful darkness which were not all dark magic spell driven. Even if she doesn't want to admit it to herself let alone anyone else. in This sense this add-on book works, if they ever decide to make another beautful creatures part 2/3 they need to add this into the re-write (but for the life of me make it a bit more adult orentated not everyone is 12R

the final part of this book however, just doesn't need to be there, it wreaks of a high school essay needing x amount of words with nothing more to write about. if you have an e-reader a fan of beautiful series and are a looking for a Very quick read then spend the two pounds.

NOTE to READERS - please note other users have stated this book IS included in copies of beautiful Chaos, this is not Always the case it depends on your print release date and IF the local international publisher of your country. my british puffin press releasing times to coincide with the film release (now a motion picure printed stick edition) have this book missing. my recommendation is if you are going to get book 3 in the series check your copy before purchasing as it may or may not be included for free
Read more
Report abuse

Lizzie
2.0 out of 5 stars Disappointing
Reviewed in the United Kingdom on February 21, 2013
Verified Purchase
The Beautiful Creatures series is so fabulous, detailed and well written, I bought this on the premise that such a fascinating minor character like Link would also have a brilliant story. Unfortunately for me it was very short, quite basic and not worth it. Only 43% of the 'novella' was about Link, the rest was an excerpt of the third book.
I think I was expecting something of the quality of the House of Cast novellas. Very disappointing.
Read more
Report abuse

Samantha
2.0 out of 5 stars Not worth 99p
Reviewed in the United Kingdom on May 13, 2013
Verified Purchase
Just read this book in under an hour. As much as I love this series and in particular Link's character, this book was not worth the 99p I paid. 40% of the book is new content in which nothing really happens and the other 60% is the start of Beautiful Chaos which I already own.

Save your money and go start to Beautiful Chaos. You won't have missed anything!
Read more
Report abuse

Kerry Black
5.0 out of 5 stars Good book series
Reviewed in the United Kingdom on March 16, 2019
Verified Purchase
Had for my kindle
Read more
Report abuse

Donna Young 🐶🐕🐱🐈
5.0 out of 5 stars Brilliant
Reviewed in the United Kingdom on July 9, 2015
Verified Purchase
brilliant love how it brings Ethan's friend Link into the story after all this time. Having to deal with his wounds while he and Ethan go on a on a quest through a mysterious network of underground passageways endlessly crisscrossing the South, he knew the journey would be dangerous. Brilliant
Read more
Report abuse
See all reviews