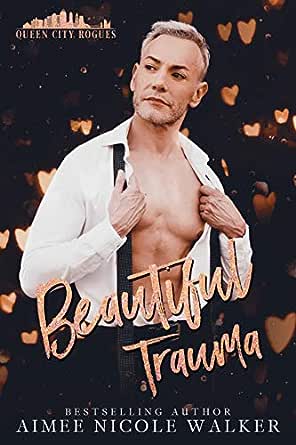 You've subscribed to Queen City Rogues! We will preorder your items within 24 hours of when they become available. When new books are released, we'll charge your default payment method for the lowest price available during the pre-order period.
Update your device or payment method, cancel individual pre-orders or your subscription at
Your Memberships & Subscriptions
There was an error. We were unable to process your subscription due to an error. Please refresh and try again. 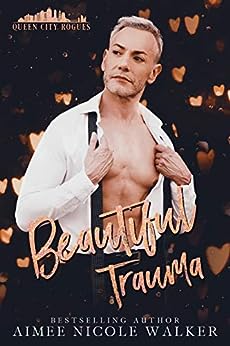 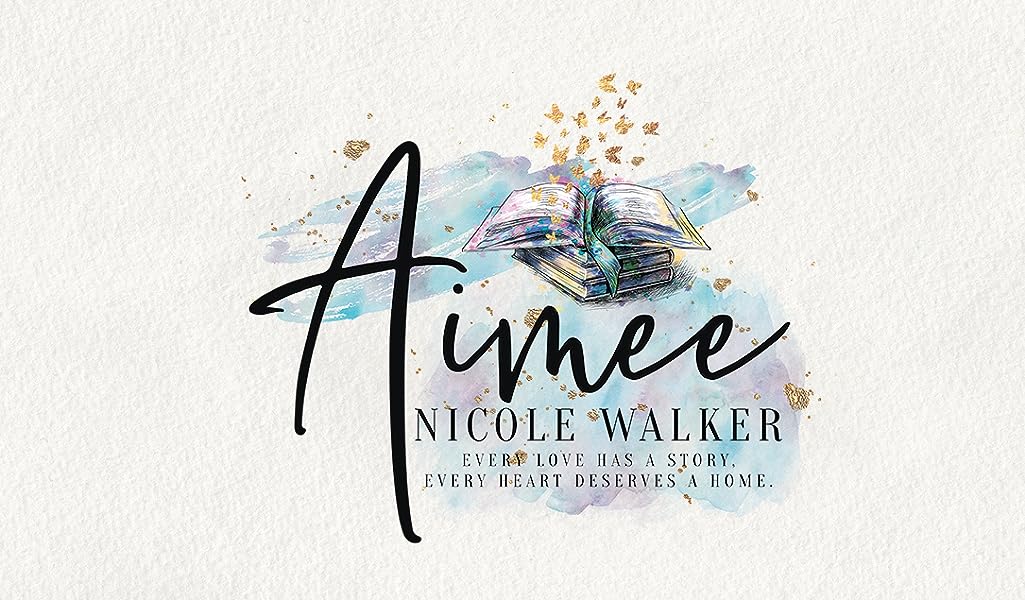 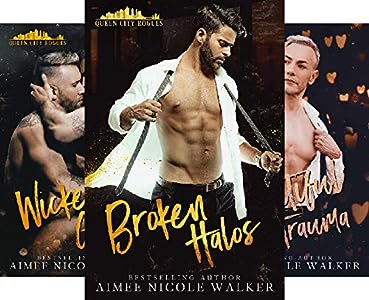 4.6 out of 5 stars
4.6 out of 5
64 global ratings
How are ratings calculated?
To calculate the overall star rating and percentage breakdown by star, we don’t use a simple average. Instead, our system considers things like how recent a review is and if the reviewer bought the item on Amazon. It also analyzes reviews to verify trustworthiness.
Top reviews

Swaffy67
5.0 out of 5 stars May/December Done Right!
Reviewed in the United States on July 20, 2019
Verified Purchase
Ezra and Henry are absolute perfection. I just love the Queen City!

This was a wonderfully written story. There is so much right with this book (*spoilers ahead*). I applaud the author for NOT making Henry's positive status the focal point of this beautiful story. Yes, it is mentioned, but it was written such that it was a secondary character and not the sole purpose of Henry. Henry, who proved to be intelligent, strong and charming as hell. I was enamored of the interactions between Henry and Ezra. They were smart, sexy hot, tender and loving. Ezra was the epitome of an older gentleman, which clicked my buttons.

My only real complaint? Seemed rushed at the end. Everything had a smooth flow until the last few chapters. Yes, everything was addressed but it felt like I was cheated.

A wonderful story and a great continuation of the Queen City Rogues series. I am secretly hoping for a Geoff/Des book...…..please make that happen!
Read more
2 people found this helpful
Helpful
Comment Report abuse

dvsmom71
5.0 out of 5 stars Swoon worthy
Reviewed in the United States on July 21, 2019
Verified Purchase
There isn’t a book by Aimee that I haven’t just absolutely loved. This one is no different! Henry and Ezra show how life should be lived, with truth and love, even when it’s the hardest thing to do. Their beautiful trauma can teach us all how to move forward when it seems like it’s then end. Thank you Aimee, for such a wonderful treasure.
Read more
Helpful
Comment Report abuse

Vicki E
5.0 out of 5 stars Be my Forever!
Reviewed in the United States on August 2, 2019
Verified Purchase
I loved this book. Henry is so sweet and needs someone who will care for and Love him like he deserves. Ezra doesn't do commitment. He's older, professional and hiding from love. They have to work with each other if they can make a relationship between them work.
Love this entire series. Hope there will be more.
Read more
Helpful
Comment Report abuse

Mrshnymffn
5.0 out of 5 stars His Beautiful Trauma
Reviewed in the United States on July 27, 2019
Verified Purchase
Aimee Nicole Walker has the ability to write a story that takes you the most wonderful parts of the world. Henry and Erza story made me cry and feel so loved. Her amazing talent keeps us all enthralled as she takes great strides in showing how to enjoy life pleasure. This series is awesome.⚘⚘⚘
Read more
Helpful
Comment Report abuse

K Jorgie
5.0 out of 5 stars Another Fantastic story!
Reviewed in the United States on July 25, 2019
Verified Purchase
What can I say that hasn't already been said. Another wonderful fantastic story by Aimee Nicole Walker! The author has such a way with words that just pulls you right into the story and makes you are sitting right there at the table as everything unfolds. Definitely a must read!
Read more
Helpful
Comment Report abuse

deborah allen
5.0 out of 5 stars Amazing
Reviewed in the United States on July 22, 2019
Verified Purchase
Aimee has done it again, this was amazing book! If you haven't read any of her books you should!!! I wait for more of her books!!
Read more
Helpful
Comment Report abuse

Katherine D
5.0 out of 5 stars So many feels!
Reviewed in the United States on July 24, 2019
Verified Purchase
I laughed, I cried and I cheered as I feel in love with Henry and Ezra!! This might be my favorite in this series!! Bravo Aimee!!!
Read more
Helpful
Comment Report abuse

M Marshall
4.0 out of 5 stars Enjoyable, with great characters, sexy times, and a HEA,
Reviewed in the United States on August 4, 2019
A Scattered Thoughts and Rogue Words Review (A Barb the Zany Old Lady Review)
Rating: 4 stars out of 5

Henry is homeless, rejected by his parents for being gay and HIV positive. When he arrives at Ryan’s Place, set up to help teens like him, he finds his potential, and eventually, with a lot of hard work under his belt, he begins classes at community college toward a degree that will ultimately help him pay back all he’s been given. There, teaching his class on Human Sexuality, is the silver fox professor he spent a one-night stand with on his 21st birthday that summer.

Professor Ezra Meyer never expected to see the young man of his dreams again but there he is, front and center, and though Ezra long ago determined he’d never date or fall in love again, he finds Henry hard to resist. The story encompasses their push-pull, on again-off again move toward a lasting relationship with extra drama provided by an old friend of Ezra’s who wanted to be his lover and does everything he can to break them up—including telling Ezra’s department chair—a move that will cost him his job.

Henry is a sweetheart, strong, smart, driven to make it on his own but with a heart as big as he is and that heart is determined to love Ezra. I enjoyed Ezra’s character too, but he did an about-face midway through the story, and I’m not sure if that was on purpose or how the character evolved as the author wrote. He started out somewhat domineering, strong, determined to be alone, all-knowing of the principles of human sexuality and willing to demonstrate. And along the way, he became softer, more romantic, committed to helping Henry and staying with him through the turmoil created by their relationship. In other words, he was soft and mushy by the end and that had good points and bad.

All in all, I enjoy this author’s writing, and though I haven’t read more than 50% of her work, each story has been enjoyable, with great characters, sexy times, and a HEA, and some days that’s all I need.

A word about the cover by Jay Aheer: not only is the guy on the cover, who is taking off his shirt and tie, a smokin’ hot silver fox who’d catch anyone’s eye, he just happens to be my favorite narrator in disguise as a model. Go, Joel!
Read more
One person found this helpful
Helpful
Comment Report abuse
See all reviews

Katie townsend
5.0 out of 5 stars Beautiful
Reviewed in the United Kingdom on July 23, 2019
Verified Purchase
Henry and Ezra stole my heart from beginning to end of beautiful trauma

Every word was meaningful powerful intense and beautiful

Rowan
5.0 out of 5 stars Heart warming
Reviewed in the United Kingdom on July 20, 2019
Verified Purchase
Thank you, thank you, thank you for such a beautiful story. I fell in love with Henry and Ezra, so sweet. I really fail to see just how a parent or any family can throw out a child/adult for who they love. My heart broke for Henry but at least Geoff was there for him, I know some people have nobody. Ezra’s great gesture at the end brought tears to me eyes and really choked me up. Beautiful, simply beautiful
Read more
Report abuse

Loobylou
5.0 out of 5 stars Emotional
Reviewed in the United Kingdom on October 20, 2019
Verified Purchase
Beautiful Trauma practically had me in tears from the very beginning. Henry is such a fabulous character that I really felt his pain and even despaired over how wicked people can be. Ezra and Henry make a truly fantastic and adorable couple. Queen City Rogues is an awesome series and I really hope there's more to come.
Read more
Report abuse
See all reviews