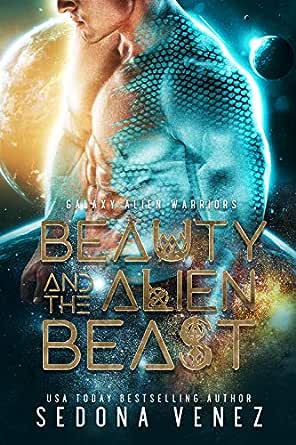 You've subscribed to Galaxy Alien Warriors! We will preorder your items within 24 hours of when they become available. When new books are released, we'll charge your default payment method for the lowest price available during the pre-order period.
Update your device or payment method, cancel individual pre-orders or your subscription at
Your Memberships & Subscriptions
There was an error. We were unable to process your subscription due to an error. Please refresh and try again. 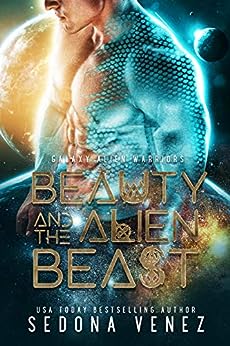 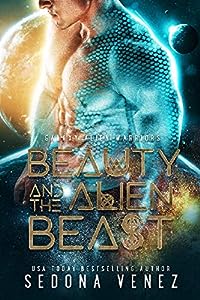 4.4 out of 5 stars
4.4 out of 5
58 global ratings
How are ratings calculated?
To calculate the overall star rating and percentage breakdown by star, we don’t use a simple average. Instead, our system considers things like how recent a review is and if the reviewer bought the item on Amazon. It also analyzes reviews to verify trustworthiness.

Emily Pennington
TOP 500 REVIEWER
5.0 out of 5 stars New Series Start
Reviewed in the United States on September 26, 2019
Verified Purchase
Thinking she was waking up from a strange nightmare, Ella found herself instead in a cage. She figured she must have been drugged, because she could tell that she had been bathed, perfumed, and dressed in a translucent gown that barely covered the essentials! Her nails were clean and painted gold. She was covered with a sparkling gold dust and felt like an involuntary model in a lingerie show. Scenes depicted on the walls looked nothing like Earth! She had been staying at her mom’s cabin and went to bed early. Next thing she knew, she was then abducted by aliens who apparently were planning to sell her for breeding purposes to Wulfaen Gladiators – whatever those were!

Alpha Teken, a wolf-shifter from the Wulfaen Gladiator race, on a mission to gather evidence against alien slavers, saw the captured woman, Ella. He knew she was his one true mate and rescued her for his own. But trying to outrun the slavers across the planet, unable to communicate with each other, would they make a safe escape? Would Ella ever be able to return to Earth?

This is the start of a new series. I thought the curse words were not needed and could easily be removed since they add nothing. But I liked the heroine’s spunky, tough attitude and that she would never give up. Alpha Teken was a moral leader who didn’t want to buy mates from the Omers because the women should be allowed to choose, not be forced. But their Gladiators were succumbing to a sickness due to having no mate and it caused their wolf to take over and become feral so the Gladiator had to be destroyed. Grab your copy and follow along to see the dilemma they face and whether they can find a compromise somehow before it is too late.
Read more
5 people found this helpful
Helpful
Comment Report abuse

SLF
5.0 out of 5 stars Exciting Beauty and the Beast Tale
Reviewed in the United States on September 26, 2019
Verified Purchase
This is an exciting take of a "Beauty and the Beast" story. Ella is kidnapped from Earth and sold to slavers who wish to sell her and the other Earth humans they abducted. Teken is alpha of a Gladiator Warrior settlement who is against purchasing slaves. I loved how feisty Ella was and her inner strength to fight the conditioning and the Omers. I admired and respected Teken for the kind of man he was and the actions he took to protect Ella. There was plenty of steam in the story, a lovable big dog that is something else and fated love.
Read more
2 people found this helpful
Helpful
Comment Report abuse

Debra
5.0 out of 5 stars Good read!
Reviewed in the United States on May 24, 2020
Verified Purchase
THis is a new author for me, but I was not disappointed with this book! Taken was everything I would ever wish for in a man and I'm happy that he and Ella had their happy ending! I look forward to reading more from this author!
Read more
One person found this helpful
Helpful
Comment Report abuse

This just was not what I was expecting. Lots of talk about how the alien species needs to mate in order to survive, which is fine as a plot device but it's mentioned nearly every page and got old real quick. Also the alien species speak and think just like humans which I don't particularly like. I prefer when the authors write the aliens as having different speech patterns and different expressions as humans as that seems more realistic. 20% in and I was still waiting for SOMETHING to happen, just not for me.
Read more
5 people found this helpful
Helpful
Comment Report abuse

Evampire
4.0 out of 5 stars 4 Star Alien Beast
Reviewed in the United States on September 29, 2019
She was abducted from Earth by alien slavers, rescued by a hot alien warrior who flees with her into the hostile wilderness of his home, but Ella is uncertain about where they stand due to the inability to communicate with her savior. He was on a mission to find evidence to shut the slavers down for good, but when Teken saw Ella, he realized she was his one true mate.

This new series is off to a wonderful start with a romance that is out of this world energetic and passionate. The story starts off with high levels of suspense and excitement and just keeps building from there as these strong, vibrant characters pull readers into their world. The fast pace keeps readers on the edge of their seat as the couple faces all the dangers of a hostile wilderness and its inhabitants while trying to outrun or hide from the slavers chasing them and that’s not to mention the added complication of not being able to communicate with each other.

The romance is sweet and the chemistry sizzles with electricity despite the communication problem but that is quite a setback in terms of relationship building especially when Ella wants to find a way home. The author has created a delightfully fascinating world with some unique elements and sexy warrior alien wolf shifters that has hearts pounding (beware also may cause some drooling) and some surprising twists including death traps that ensure that there is never a dull moment in this exhilarating and energetic alien romance.
Read more

Mozzy
5.0 out of 5 stars A well done story
Reviewed in the United States on September 26, 2019
I really enjoyed reading this book, it has a really good story and good plot,exciting, and terrific characters. I also am looking forward to reading more stories like this from this Author she really has done an excellent job.
Ella has been abducted from her home and wakes up in a cage, remembering back she has been sold to the Omers, but the Omers are trying to train her who will then sell her to the Wulfaen. She sees a man who rescues her, only she cant talk to him as her translaters are not working.
Teken, an Alpha in his sector is against buying the humans, he knows his race needs the humans to mate but buying them is not the way to go, he wants them free. After a meeting with the Elders he goes to the Omers under disguise, but when he sees Ella he knows she is his Sheleki,. He has to get her back home, but that is easier said than done.

This is worth 5 stars , a one click at the most to read.
Read more
Helpful
Comment Report abuse

Customer Kristine
5.0 out of 5 stars Beauty and the Wolf-Shifter Alien Beast
Reviewed in the United States on September 26, 2019
First book in a new series. Retake on Beauty and the Beast. Seems that Beauty, Ella, is kidnapped with other Earth humans. She's cleaned, perfumed, and put in a sexy see through gown. The Alpha Teken, who is a wolf-shifter of the Gladiator Warrior Settlement, is against purchasing slaves and is on a mission to gather evidence about the slavers. I liked the chemistry between Teken and Ella. They are running together away from the slavers. Ella is hoping that with the lack of communications between them that he's a good guy out to protect her. There is plenty of danger, adventure, excitement, and steamy passion. Very good book and I highly recommend it. Kept me turning pages well into the night. Sedona Venez has become one of my go to authors. I received a free copy of this book and am voluntarily leaving a review.
Read more
One person found this helpful
Helpful
Comment Report abuse
See all reviews