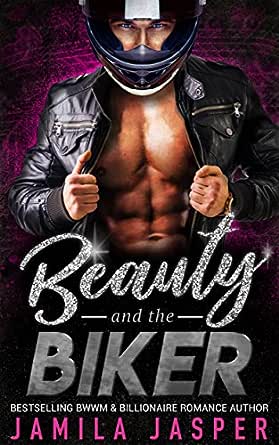 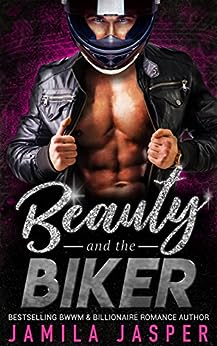 3.6 out of 5 stars
3.6 out of 5
30 customer ratings
How does Amazon calculate star ratings?
Amazon calculates a product’s star ratings based on a machine learned model instead of a raw data average. The model takes into account factors including the age of a rating, whether the ratings are from verified purchasers, and factors that establish reviewer trustworthiness.
Top reviews

MrsSJImhoff
3.0 out of 5 stars A different way to love
Reviewed in the United States on April 5, 2018
Verified Purchase
Heath won her from Trey in a game of pool. Biker gangs live by a different set of rules than the rest of us. Their love came out of betrayal and strength. She finally asked for what she wanted. It came with a hard price. Kaja knew Trey was bad for her well being. Heath loved her but was in denial. I thought it was really crappie for them to ask him to choose, them or Kaja. Oaths are only as good as your word.
I didn't care for all of the violence. The loving was rough and intense. Sure it was lust at first. The love grew and developed over time. In the end love best out fear.
Read more
Helpful
Comment Report abuse

Nene
4.0 out of 5 stars Enjoyed
Reviewed in the United States on March 30, 2018
Verified Purchase
I really enjoyed these two main characters, the storyline was good. I thought for a moment that Heath was a goner. I only wished that it was more to story.
Read more
One person found this helpful
Helpful
Comment Report abuse

Jazmine Coleman
4.0 out of 5 stars Four Stars
Reviewed in the United States on March 31, 2018
Verified Purchase
I loved this story. And flew through it. I definitely recommend this read.
Read more
One person found this helpful
Helpful
Comment Report abuse

Curvy13
5.0 out of 5 stars OMG
Reviewed in the United States on April 6, 2018
Verified Purchase
I enjoyed the book. Very good story. Loved the chemistry between Heath and Kaja. Trey was a real SOB!!!!!!!!! The bikers were a real family. Good job Jamila Jasper.
Read more
Helpful
Comment Report abuse

Khrystyl
5.0 out of 5 stars OMG Awesome!!!
Reviewed in the United States on April 5, 2018
I love Heath and I hate him at the same time. I loved everything about Kaja. Spoiler Alert:

The entire story is based on Kaja's POV and what a POV it is. We start with Kaja being on the back of Heath's bike fter she had been won from. A bet that her ex Trey had lost. Sje tries to escape and is caught almost immediately by a sexy biker named Heath who is the leader of a biker gang. Throughout the story we. See how Heath and Kaja develop a strong connection that turns into love. However, due to some discomfort and pure hatred of Kaja, members of the gang want her gone even though Heath doesn't. While Heath and Kaja are together she gets the chance to see how another biker gang operates with love for each even if there is tension between them due to her prescence. Kaja makes a friend in the only female member of the gang, Angie. After a bit of time together and an attempted murder of one of the members of the gang by Kaja's ex Trey who happens to also be in another biker gang, some of the members of Heath's gang want Kaja gone and they wanted her gone immediately. Heath not standing up for her just dropping her off in the middle of nowhere, leaves Kaja in danger. (That's why I have the love/hate feeling for Heath.) After Heath stoms back to the rescue of Kaja, trying o get her away from her crazy ex, Heath is hurt. This where I stop with the spoilers lol. After that, all I have to say is READ IT!!! It's worth it and you won't be disappointed. There will be moments where you will be thinking to yourself, "Are you serious?" Or "Did that fool really just say that?" But ultimately, the story is still worth the read. I loved it. Great story Ms. Jasper! Hats off to you my dear, hats off.
Read more
One person found this helpful
Helpful
Comment Report abuse

La Vida
3.0 out of 5 stars Quick read
Reviewed in the United States on April 7, 2018
I would say 3.5 stars. I thought this was a fun short story. Definitely can be read in a couple of hours, so curl up and take a crazy cross-country adventure with Kaja, Heath and the rest of his MC. There's not a huge amount of character development here, so don't expect any of that. I am still confused how a Black woman with dreads from Boston ends up running with MCs in the first place that are mostly White, but like I said, there's hardly any character development or background info, but don't get caught up in that. Take it for what it is-- something fun and sexy to read for a few hours. There's a few spelling/grammatical errors and some names and cities get jumbled up, but that doesn't take away from the story. Also, for such a short book, there's a good amount of steamy love scenes written within it that are well-written.
Read more
One person found this helpful
Helpful
Comment Report abuse

Donna's review
4.0 out of 5 stars Donna
Reviewed in the United States on April 3, 2018
Jamila strikes again with this unexpected love story. Heath is one giant alpha male with a hidden soft side and Kaja was like so many women that settles for less because they do not think they can do better. Heath wins Kaja when her supposed boyfriend bets her and loses, the sad part is that Kaja knew she should have left Trey along time ago but she waited too late. Heath and his biker crew is on their way to California but Kaja's sorry ex and his crew follows them and tries to get her back several times and it makes a couple of Heaths crew start to blame Kaja for her sorry ex's actions. They eventually get to a point that they give Heath an ultimatum, them or Kaja so they leave her in Oklahoma where her sorry ex finally finds her. Will Kaja be able to escape her ex, will Heath come back for her and will his crew finally accept her? Get your copy and find out, you will definitely be glad you did.
Read more
Helpful
Comment Report abuse
See all reviews from the United States