You've subscribed to The Billionaires! We will preorder your items within 24 hours of when they become available. When new books are released, we'll charge your default payment method for the lowest price available during the pre-order period.
Update your device or payment method, cancel individual pre-orders or your subscription at
Your Memberships & Subscriptions
There was an error. We were unable to process your subscription due to an error. Please refresh and try again. 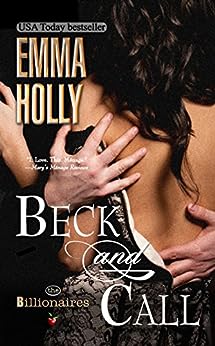 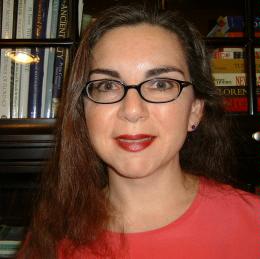 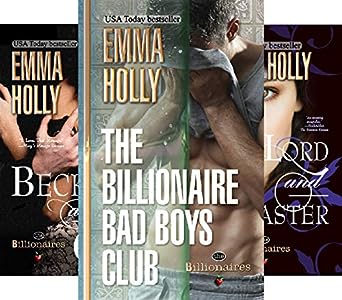 Emma Holly is the award winning, USA Today bestselling author of more than thirty romantic books, featuring shapeshifters, demons, faeries and just plain extraordinary human folks. She loves the hot stuff, both to read and to write! --This text refers to the paperback edition.

4.3 out of 5 stars
4.3 out of 5
89 global ratings
How are ratings calculated?
To calculate the overall star rating and percentage breakdown by star, we don’t use a simple average. Instead, our system considers things like how recent a review is and if the reviewer bought the item on Amazon. It also analyzes reviews to verify trustworthiness.
Top reviews

I also appreciated how there was nary a "meet-cute" in sight. Instead, this is the story of friends turned to lovers, with a healthy dose of industrial espionage gone wrong -- and then completely right. The external plot never felt shoved in. Instead, everything that happened developed just as naturally as the relationship itself.

As individual characters, Mia was a bit too perfect. Jake and Damien each had pasts that created complex, three-dimensional characters (even though Damien is only 29, he "read" as much older). At 22, I might have wanted Mia to match up to the men a bit more, but I acknowledge that aging her would have removed some of the elements that made the plot and character chemistry possible.

The fantastical elements of this novel, the night club and sex club, might not have rung true when everything else about the story was so rooted in reality. Yet just like the explanation for Mia's extraordinary memory, I was swept along and enjoyed the ride. After all, aren't romances just as fantastical, in the end, as anything that involves magic or other worlds?

My biggest nit-pick about this novel is that it could have used another sweep by a copy editor. But it's not THAT big, because I already have the sequel queued up on the Kindle.
Read more
One person found this helpful
Helpful
Report abuse

Kindle Customer
5.0 out of 5 stars Someone get me a fire extinguisher!!
Reviewed in the United States on March 9, 2018
Verified Purchase
This menage was so hot I needed to change my clothes! There is no slow burn here just out and out a full raging fire. This story will be in my dreams for a long long time. I wish seriously for a Jake in my life like him. Such a hot strong dom. This book will keep away those cold alone days which creep into your life. Just open this book and the temperature in the room goes up like a candle next to a curtain. Whew! I need to fire proof better.
Thank you Emma Holly!
Read more
Helpful
Report abuse

chrIsty
5.0 out of 5 stars Enjoyed
Reviewed in the United States on August 18, 2019
Verified Purchase
Second time to read this book. A lot transpired within the pages of this story. Good character development on several levels of the story line. The twist from sexual tension to doing a job brings together aspects of all the characters.
Read more
Helpful
Report abuse

joywon
5.0 out of 5 stars Better than average love story...........
Reviewed in the United States on May 24, 2017
Verified Purchase
Emma Holly never lets me down,and she has written a better than average menage love story with "Beck andCall." It has a really good story line peopled by character's that you might actually know or want to be friends with. I like that Emma's books are well researched, and that I always learn something. This is a book that you will want to keep and reread, I know I will!
Read more
One person found this helpful
Helpful
Report abuse

Rosie
4.0 out of 5 stars This book is good!
Reviewed in the United States on September 21, 2016
Verified Purchase
I would recommend this book to anyone who loves a good adventure and exotic tale rolled into one. A great ending. Want to read book 3 because its got me curious as to what happens next.
Its a great page turner you don't want to down till the very end.
It was very descriptive in the writing,that made it feel like you were watching a movie. This kinda writing is great!
Read more
One person found this helpful
Helpful
Report abuse

IslandDeb
5.0 out of 5 stars Sexy And Suspensful
Reviewed in the United States on August 16, 2015
Verified Purchase
In BECK & CALL, Emma Holly wastes no time tossing you into a 40's style milieu reminiscent of a Bogey movie. Steady rain and low hanging fog surround the worn brick buildings along the Brooklyn riverfront where Discreet Investigations is located. It's the perfect kind of day for Mia Beck to indulge in her fantasy of being a PI's secretary and the dame he's madly in love with. Reality is a bit different as it's the 21st century and she is the lowly assistant in a three man office. She's known her boss, Curtis, since the age of ten when he became her brother Mike's boyfriend. It's been five years since Mike's death, but Curtis still treats Mia like a younger sister.

Jake Reed, Discreet's third member, is another story. Former CIA, he's tall, dark, and dangerous. He's sexier than any man Mia has ever encountered and, even though he's most likely 15 years her senior, she wants a piece of him. Best of all, he feeds into her fantasy with his "Hey, beautiful" and "Thanks, doll" endearments. But that's as far as Jake ventures even though he himself has harbored a few fantasies about the beautiful, curvy Mia.

Today is Mia's lucky day. Curtis needs her and her eidetic memory to work a big time case of corporate espionage. As Jake's partner! Oh yeah, she's up for that. Jake's not so sure 22 year old Mia is qualified. But when Curtis announces that Jake and Mia must play the role of a Dom/sub couple to attract the attention of billionaire Damien Call, Jake realizes Mia is indeed perfect. Her doe-eyed innocence, sensuous body, and natural submissiveness will surely appeal to Call and his reputation as a voyeur at an exclusive BDSM club. And the Dom in Jake is itching to have Mia under his control even if it's merely to lure in their target.

The fiery chemistry between Mia and Jake immediately captivates Damien. The intimacy is deep and darkly erotic as the voyeur becomes one of the players. This is now much more than a job for Mia and Jake. The depth of emotion and sex between all three is intense and absolutely electric. Mia blossoms under Jake's dominance and Damien's desire. The power exchange between Jake and Damien is like watching two gladiators clash. It's so unbelievably hot. This is one of the best M/M/F power exchange stories I've read in a long time. Add in the suspense and action of the espionage story line in BECK & CALL and you have a fantastically sexy read that you won't want to end.

AmandaC
4.0 out of 5 stars Great characters and as hot as always.
Reviewed in the United Kingdom on November 3, 2015
Verified Purchase
I really enjoyed this story, great characters who had you rooting for them. An interesting plot, so long as you just accepted Mia's gift with memory. I look forward to the next instalment!

The only downside was the editing. A one point Jake was even given the wrong name of Jack. I would have given this 5 stars but for the littering of errors. I was surprised that someone of Emma Holly's standing and experience would let such a large amount of errors go to publish. A shame.
Read more
Report abuse

Take one successful, brilliant and emotionally unavailable young billionaire, a charismatic, dominant former secret service operative and a charming and clever young woman with a unique gift, throw in an intriguing plot featuring industrial espionage and you get a very entertaining and sexy novel.
Read more
Report abuse

BOOKWORM1304
5.0 out of 5 stars I WOULD CERTAINLY READ MORE
Reviewed in the United Kingdom on February 23, 2016
Verified Purchase
This was not what I expected but I must say I thoroughly enjoyed it, she couldn't believe that he would do this with her but he went for it and they went undercover to find what they needed but as you can imagine the plan had to change, I won't tell you why because it would ruin the story. It was well written and I would certainly read more from this author
Read more
Report abuse

LindyLou
5.0 out of 5 stars Great story and sexy fun - buy it!
Reviewed in the United Kingdom on May 29, 2017
Verified Purchase
Wonderful book - interesting story, lovely heroine, two hot men and some very nice sexy scenes. Really glad I got this and will be buying the next in the series.
Read more
Report abuse
See all reviews