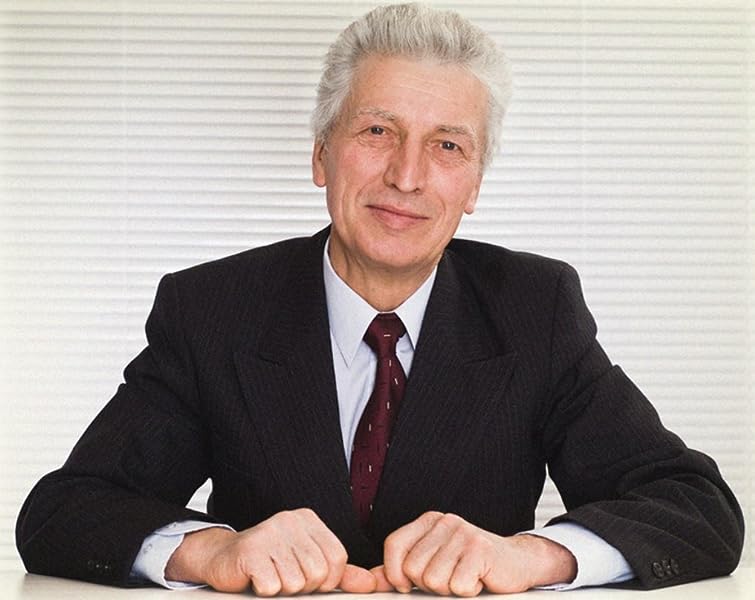 Becoming A Mentalist: Unlock the True Potential of Your Subconscious Mind Paperback – July 30, 2016

3.9 out of 5 stars
3.9 out of 5
27 customer ratings
How does Amazon calculate star ratings?
Amazon calculates a product’s star ratings based on a machine learned model instead of a raw data average. The model takes into account factors including the age of a rating, whether the ratings are from verified purchasers, and factors that establish reviewer trustworthiness.
Top reviews

KB
5.0 out of 5 stars Significantly improved memory!
Reviewed in the United States on October 25, 2016
Verified Purchase
The skills I learned from this book significantly improved my often-fuzzy memory. I’ve always been a bit scatter-brained, but lately it has worsened. I have trouble remembering where I put things, important small details, etc. It’s a real pain and constant aggravation. With the lessons on how to be more aware and how to work my brain to strengthen my memory, I’ve seen significant improvement.
Read more
7 people found this helpful
Helpful
Comment Report abuse

JanaTop Contributor: Star Wars
5.0 out of 5 stars The Real Deal for Mentalism
Reviewed in the United States on October 29, 2016
Verified Purchase
The Mentalist is the finished product. It covers the A to Z of personal development from the mindset point of view, and comes up with scenarios and solutions that we can all apply in our day to day lives. It gives a point-by-point explanation of important human phenomena and deconstructs before the reader some unbelievable concepts at play at a very sub-conscious level. I loved it and found it to be very practical and applicable.
Read more
3 people found this helpful
Helpful
Comment Report abuse

Rantti Hediscus
5.0 out of 5 stars Five star rating
Reviewed in the United States on March 25, 2019
Verified Purchase
I only received my book today and I'm already halfway through it and can read every mind that I come in contact with so watch it when I go out in public be forewarned I am reading your mind so be careful what you're thinking about
Read more
One person found this helpful
Helpful
Comment Report abuse

Carolyn
5.0 out of 5 stars Good read but not really what it was advertised
Reviewed in the United States on March 19, 2019
Verified Purchase
I enjoyed reading this book. I was disappointed when it did not show me the things I thought it was going to show me. I would say it’s more of her how to improve your self book and then to learn how to be a minimalist.
Read more
Helpful
Comment Report abuse

Squirrel Overlord
3.0 out of 5 stars Significantly frustrating (grammar nazis need not read this)
Reviewed in the United States on April 1, 2017
Verified Purchase
There's a fair bit of content that looks like it's been ripped from Wikipedia pages as well as other very outdated content such as looking up to the left is memory recal, which would imply and mean that all people think and recall things the same way which has now been found to be inherently false.
For me what I haven't been able to get over is the mind numbing number of gramitical errors in this book, and for me grammatical errors include things like missing stops and comas, incorrect use of punctuation and typogragropgy issues such as poor alignment to page, which I would consider the authors fault in most likely using a third party tool to get into the prescribed kindle format.
I have found no less than 37 grammatical errors through this "document", which is almost 1 every second page.
If I had known this before hand I wouldn't have bought it because it shows a sincere lack of professionalism.
I've given it 3 stars simply because I did still learn a few things from it but I'll be haunted by the grammatical issues for weeks to come

Esther Dianne Lowe Breakfield
5.0 out of 5 stars The points come home in a strong way
Reviewed in the United States on November 2, 2016
Verified Purchase
What can I say? The book is exactly what anyone who’s trying to change the way he or she does things in their life should read. For me the points came home in a strong way. For example, the bit about becoming a better listener, it showed me that I had a lot of improvement to do in that area. I’ve already started applying the advice the writer has given, and I’m beginning to see the results.
Read more
Helpful
Comment Report abuse

MU
3.0 out of 5 stars Not that interesting
Reviewed in the United States on April 22, 2017
Verified Purchase
From my personal point of view the book contents differ from the title.
There are better options out there just keep looking.

Amazon Customer
5.0 out of 5 stars Great book for becoming a mentalist
Reviewed in the United States on November 23, 2017
Verified Purchase
This book helped me start to read people at work and start getting answers I want with mimicking their body gestures. I also have a few trick I could try on some people to see if they work for me as I try to dip into the world of mentalism. In addition, an easy book to read.
Read more
One person found this helpful
Helpful
Comment Report abuse
See all reviews from the United States

Joeyk90
5.0 out of 5 stars Great book
Reviewed in the United Kingdom on December 8, 2018
Verified Purchase
Very informative start for anyone trying to start to home in there skills
Read more
Helpful
Sending feedback...
Thank you for your feedback.
Sorry, we failed to record your vote. Please try again
Report abuse

Andy Vogt
1.0 out of 5 stars RIPOFF!!
Reviewed in Canada on December 1, 2019
Verified Purchase
Title is deceiving. Has NOTHING to do with becoming a mentalist. Here and there tells you what an actual mentalist MIGHT do. Some cheesy card tricks, 2 or three near the end. Mostly a book on being aware and meditation....things you already knew. Mentalism forget it. A ripoff. Don't get this pile of garbage.
Read more
One person found this helpful
Helpful
Sending feedback...
Thank you for your feedback.
Sorry, we failed to record your vote. Please try again
Report abuse

RASIKA
3.0 out of 5 stars If you need to get all the aspects of mentalism this books provides key points you must adapt to get a mentalist perspective
Reviewed in India on March 21, 2019
Verified Purchase
This book gives a brief introduction on mentalism and is well formatted in a manner one could easily remember the highlights of the chapter. I feel that the book could've done better if more information could be provided to get to a deeper level on mentalism.
Read more
3 people found this helpful
Helpful
Sending feedback...
Thank you for your feedback.
Sorry, we failed to record your vote. Please try again
Report abuse