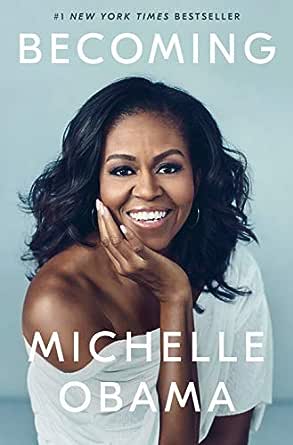 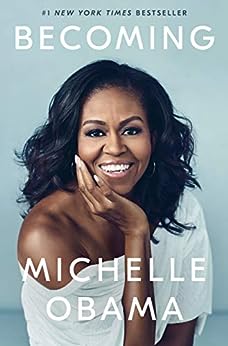 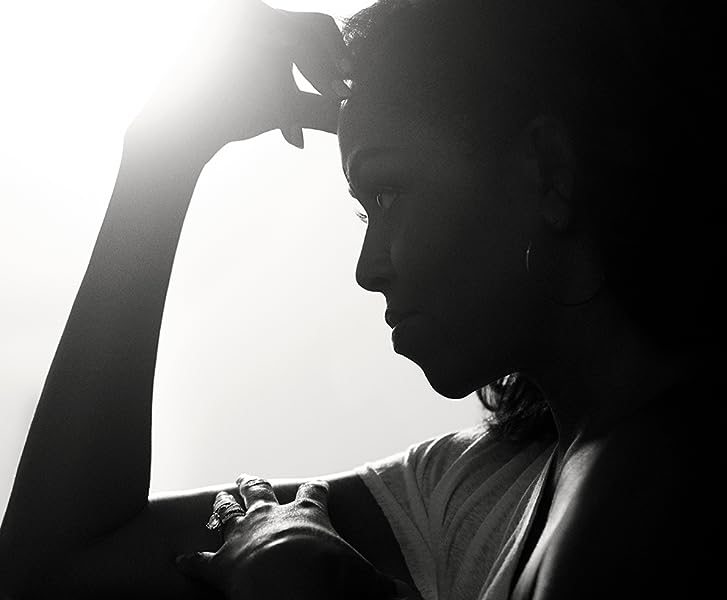 An intimate, powerful, and inspiring memoir by the former First Lady of the United States

Michelle Robinson Obama served as First Lady of the United States from 2009 to 2017. A graduate of Princeton University and Harvard Law School, Mrs. Obama started her career as an attorney at the Chicago law firm Sidley & Austin, where she met her future husband, Barack Obama. She later worked in the Chicago mayor’s office, at the University of Chicago, and at the University of Chicago Medical Center. Mrs. Obama also founded the Chicago chapter of Public Allies, an organization that prepares young people for careers in public service.

The Obamas currently live in Washington, DC, and have two daughters, Malia and Sasha. --This text refers to an alternate kindle_edition edition.

“A serious work of candid reflection by a singular figure of early-twenty-first-century America . . . Becoming is refined and forthright, gracefully written and at times laugh-out-loud funny.”—Isabel Wilkerson, The New York Times Book Review

“Becoming is inspirational without trying to be. From the first words, the very warmth that permeates its author emanates from the pages. . . . Becoming manages to be a coming-of-age tale, a love story and a family saga all in one. More importantly, this book is a reminder that America is still a work-in-progress, and that hope can be an action word if we allow it to be. Becoming is a balm that America needs, from a woman America does not yet deserve.”—Angie Thomas, Time

“Deeply personal and refreshingly honest . . . She’s thoughtful, humorous, bracingly revealing, and when it’s time, she does us all the favor of showing us the human side of a man worshipped by so many. . . . It’s human and genuine and welcoming to see the layers of humanity she holds open. . . . Michelle Obama’s story can maybe inspire you to find a path for your own story.”—Shonda Rhimes, Shondaland

“A complex, accomplished life recounted with confidence and candor . . . Every page sparkles with directness and grace.”—Douglas Brinkley, The Boston Globe --This text refers to an alternate kindle_edition edition.

4.8 out of 5 stars
4.8 out of 5
76,083 global ratings
How are ratings calculated?
To calculate the overall star rating and percentage breakdown by star, we don’t use a simple average. Instead, our system considers things like how recent a review is and if the reviewer bought the item on Amazon. It also analyzes reviews to verify trustworthiness.

Mountain-man
1.0 out of 5 stars Disappointed
Reviewed in the United States on December 13, 2018
Verified Purchase
Slow and boring and self boasting.
Read more
4,275 people found this helpful
Helpful
Comment Report abuse

Anthony Edwards
1.0 out of 5 stars Not worth the time if you actually want anything from the read
Reviewed in the United States on December 11, 2018
The last thing I wanted to read was a shallow minded patting on the back. I thought with the education, the time would be well spent. I was wrong.
Read more
4,046 people found this helpful
Helpful
Comment Report abuse

Trouble
TOP 500 REVIEWERVINE VOICE
5.0 out of 5 stars The World’s First Lady
Reviewed in the United States on November 13, 2018
I believe I always loved Michelle Obama. Her grace and dignity always seemed to come as a gift from above. Her spirit is so incredibly deep and strong. The stories from her childhood, her brother, her neighborhood, her family, inform us in a brilliant voice about what it was like in the place and time she grew up.

Michelle Obama has the empathy and the depth of character so missing in her media portrayal. I always felt worried that we were suffocating her. But there is a Michelle Obama who is bigger than the words on a page. She knows our pains, and she understands our lives. And we know her in this book. In this most private book, we know her in a way we could not have otherwise. Interesting that nothing here surprises me, it only affirms what I felt like I know: Michelle Obama is a person like us. She worked and suffered and overcame.

Her storytelling skills are exquisite. It left me a little breathless to hear her voice, unfettered and real.

I love the photographs.

Deborah
1.0 out of 5 stars A Birthday Gift
Reviewed in the United States on December 11, 2018
If you are an insomniac this book will definitely help that. A real snoozer.
Read more
2,978 people found this helpful
Helpful
Comment Report abuse

Vicki L. Dorsey
1.0 out of 5 stars Terrible book
Reviewed in the United States on December 11, 2018
Poorly written, silly comments in bad taste, this is not a good book for a lady to read
Read more
2,184 people found this helpful
Helpful
Comment Report abuse

DivaSoul
5.0 out of 5 stars An Amazing Book!! Buy it now.. #Oprahsbookclub
Reviewed in the United States on November 13, 2018
Michelle Obama is my voice, a voice that may never be heard with thoughts, feelings and experiences similar to mine yet they don’t matter until now. Thank you Mrs. Obama! For being the voice of this African American woman❤️ Everyone should buy this book!
Read more
2,048 people found this helpful
Helpful
Comment Report abuse

Brenda Nelson
5.0 out of 5 stars Great Read!!
Reviewed in the United States on November 13, 2018
Verified Purchase
I read a lot of negative reviews, but I don’t understand why. I enjoyed reading her story from her perspective. Some parts made me sad; however, I’ll always view Michelle Obama as a role model.
Read more
1,812 people found this helpful
Helpful
Comment Report abuse
See all reviews

Slipknot
5.0 out of 5 stars Wonderful
Reviewed in the United Kingdom on November 15, 2018
Verified Purchase
I thought I couldn't love this family more, but after reading this beautiful, moving story, I know that I and millions of others were so right to have faith in these genuinely good people. I am glad that Michelle gets to have her Barack back again, but oh, how very much they are missed - especially in contrast to what came after...
Read more
162 people found this helpful
Report abuse

LiamKincaid
1.0 out of 5 stars The Case for the Defense - Part 1
Reviewed in the United Kingdom on February 14, 2019
Verified Purchase
Michelle and her husband accomplished and overcame a lot, even before they became the First Family. I think Obama's 2008 candidacy had a lot of energy and purpose. However, after he was in office, a lot of that energy dissipated and he failed to sufficiently differentiate himself from policies left down by his predecessors in many areas. What is good about Michelle's book is most of it does not focus on each and every cranny of every year in the Presidency. Most of it is her earlier life and events. The big events in the Presidency occupy very little space. I give this book one star because of the ending. Michelle clearly is very devoted and defensive of her husband and his achievements.

As much as we may not like it or agree with it, political office holders normally pave the way for their successors (whether they intend to or not). Obama's choices paved the way for Trump to campaign and to win the Presidency, much like G W Bush's choices paved the way for Obama. Michelle is content to not interpret the results, but bash some of the electorate for not voting for a woman and for voting for someone she describes in insults. For a family that is normally revered for deep analysis of complicated issues, Michelle's writing style and choice of words on this was very disappointing and in my opinion, narrow-minded. Michelle comes across as believing America was best and meaningful when her husband was it's President. She has a hard time seeming to come to terms with the fact that people might make different choices or that she and her husband will have to leave behind the mantle of being responsible for the nation, in their respective areas.

It was a disappointing and short handed book in my mind. Fans of the Obama's will find much to enjoy, I am sure. But those who enjoy deep analysis of history, will be disappointed. I hope that Barrack's book will be more insightful and deeper (The Case for the Defense - Part 2).

absg
3.0 out of 5 stars Tedious to read
Reviewed in the United Kingdom on May 24, 2020
Verified Purchase
Of course, many people want to know about Michelle Obama. However, I was disappointed by this book. She writes so much about her ambition, she really got on my nerves with that. All the details where and with whom she worked on what, it was really tedious, I must say. There are many interesting bits about her private life, too. I loved reading about her childhood.
But it's not my favourite book. When I had finished it I was glad to get rid of it and pass it on to a friend.
Read more
78 people found this helpful
Report abuse

Amazon Customer
5.0 out of 5 stars Becoming: an uplifting, memoir grounded in reality
Reviewed in Canada on November 21, 2018
Verified Purchase
Unlike most autobiographies, Ms. Obama opens, her heart, her fears, her worries, but mostly her hopes for her family, country and world.
While most political memoirs detail behind-the-scene, make-or-break deals, this book details the impact smaller actions can have on the local level. A very useful and timely reminder for those overwhelmed by the daily scourge of bad news.
Read more
182 people found this helpful
Report abuse