You've subscribed to Big Rock Romance! We will preorder your items within 24 hours of when they become available. When new books are released, we'll charge your default payment method for the lowest price available during the pre-order period.
Update your device or payment method, cancel individual pre-orders or your subscription at
Your Memberships & Subscriptions
There was an error. We were unable to process your subscription due to an error. Please refresh and try again. 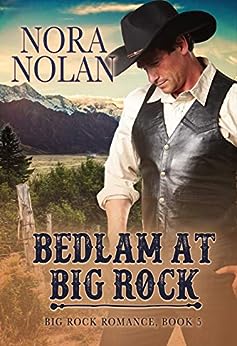 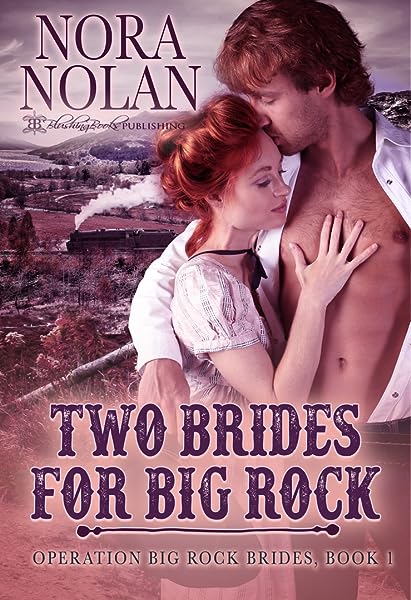 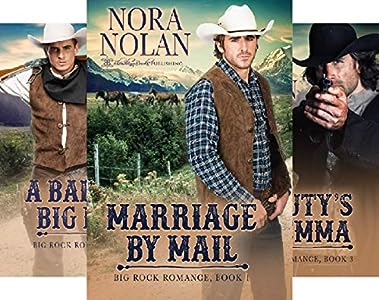 Debby
5.0 out of 5 stars I really enjoyed reading this book. Callie Mae and Lilic Indigo met ther perfect match. Please finish the story with Deacon’s story!!
Reviewed in the United States on May 22, 2020
Verified Purchase
Ms Nolan has a great story here. I hope she writes a story for Deacon! With his help the mystery was solved and so he deserves his happy ever after too!!
Read more
Helpful
Report abuse

Sue B
5.0 out of 5 stars Continuing sensational addition to this series
Reviewed in the United States on May 5, 2020
Continuing sensational addition to this series
Buck has just returned home after the sudden death of his much-loved wife from illness and then within a few weeks his father had been found gunned down on his spread after he had been out riding his spread checking on the fences. Since then he had been trying to discover who it was that might have had a grudge against his father, he was also looking for a man that had been shot as there had been a trail of blood at the scene that was not his fathers.
He hires a detective at the Snow Detective agency at the recommendation of his longest friend and also the town doctor, whilst visiting he also met Callie a beautiful young woman that had not had the easiest of upbringings and now was living with the doctor and her childhood friend, now married to him.
Is it possible to fall in love with someone almost at first sight even when you have already been married to a wonderful woman, Callie believes she has found the man of her dreams but her past life experience makes her wary?
Read this wonderful next chapter in this series, once you begin you will not be able to stop.
voluntarily received and review an Advanced Reader Copy
I thoroughly enjoyed the book and look forward to reading any future publications; keep up all the great writing.
Read more
One person found this helpful
Helpful
Report abuse

karenc
5.0 out of 5 stars romance with a mystery
Reviewed in the United States on May 6, 2020
Callie Mae was at the orphanage with Sadie and Lilac Indigo, and was rescued in the last book. She's been staying with Sadie and Elliott. Buck's wife passed away months ago, and then his father was murdered. He's invited to dinner at the house one evening, and begins calling on Callie Mae. They plan a double wedding with Reed and Lilac Indigo. A bank robbery in 1850 left money buried "somewhere" near the river. This is the best book of the series so far. I loved it - the wit and humor were just too much! Buck is a genuinely nice guy, one who will do anything to take care of his family and friends. He's also much like Elliott, in that he's not afraid to dole out a little old-fashioned over-the-knee type of discipline when Callie Mae proves that she needs a little, um, reminder about what she's supposed to be doing, or not doing, as the case may be. (Hint - that doesn't always stop her from doing what she's gonna do anyway.) Callie Mae - bless her heart - is just a sweetheart, the perfect mixture of innocent and curious, and she definitely has a mind of her own. What she did to earn her first spanking from Buck - absolutely hilarious! I've really enjoyed this series, and hope there are more books planned.

Redrabbitt
TOP 1000 REVIEWER
5.0 out of 5 stars TWO MARRIAGES AND A MYSTERY
Reviewed in the United States on August 2, 2020
While this is the fifth and final story in the Big Rock Romance series, it could read well as a stand-alone. It will have some beloved characters from the previous books. The story will involve two couples, a murder, stolen gold, and plenty of interaction and suspense.

The story is a mystery with suspense, life and death danger, and new beginnings. It will have two friends of Sadie from their days at the orphanage living with Sadie and Elliott, Lilac Indigo Preston, and Callie Mae Weathers. With this tale, both of them will find someone special, a double wedding, a murder mystery, and new beginnings.

Lilac Indigo may have the knowledge of what takes place in a saloon, especially with the sporting girls and their customers, but in reality, she is innocent. She and Reed Snow have feelings for each other, and he will make it known that he wants her for his wife. She will share his letter with Callie, who is very naïve about relationships between men and women. But when Elliott’s friend, Buck Whited, comes to call, it doesn’t take long for him and Callie to partner up.

“Men always want what they can’t have. Always.”

There will be alpha males, feisty and somewhat naïve females, plenty of kissing and passion, but the while there is marriage, the story is never explicit on intimacy. The story is well told, will involve several couples, yet each couple is unique within their relationships. The story has the good, the bad, and the ugly, along with mystery, suspense, and surprises. Throw in great chemistry, discipline, and end with a happily ever after, and you have a great tale.

“Find yourself a woman who’s a saint in the parlor and sinner in the bedroom, and you’ll be a happy man.”
Read more
Helpful
Report abuse

Marlene D.
4.0 out of 5 stars Buck and Callie Mae's story
Reviewed in the United States on May 12, 2020
Buck had a tough year, not only had his wife died, but his father was murdered at his ranch. On going into town to see the sheriff to see if any leads in his father's murder. He ran into the doctor, Elliott, who was the sheriff's brother. Elliott had recently remarried, invited Buck home to dinner. Buck did got to see the doctor's bride, Sadie and meet her friend's who grew up in same orphanage. Lilac Indigo and Callie Mae. Lilac had a suitor, but Callie Mae didn't. Buck was taken by the shy young woman and spoke with Elliott about seeing her again...so was invited back to dinner after Elliott spoke with her to get her approval...Lilac's young man was a detective who Buck decided to talk to about the case of his father's murder and hopefully get a lead...but you will need to read this rollicking story to see what happens...I received a free copy of this book via Booksprout and am voluntarily leaving a review.
Read more
Helpful
Report abuse

Lilacandlace
5.0 out of 5 stars An emotional cowboy romance with much more. 💞💓🤠💞
Reviewed in the United States on May 14, 2020
Buck is a widower who was finally thinking it was time to move on with his life when he met Callie Mae. And even though Callie is innocent when Buck kisses her she knows what she wants from him. Now they just need to make it to the wedding. 😉💗🔥💕

This is the fifth book in the Big Rock Romance series and it really should be read in the order it was written as each book builds onto the next one. It also deals with domestic discipline (spanking) so if that bothers you, you might want to pass on this series. 🥰