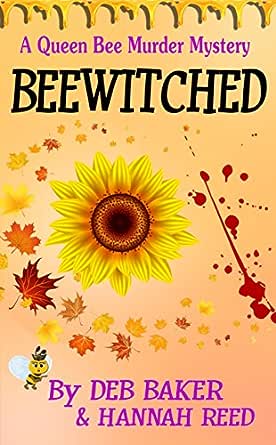 You've subscribed to Queen Bee Mysteries! We will preorder your items within 24 hours of when they become available. When new books are released, we'll charge your default payment method for the lowest price available during the pre-order period.
Update your device or payment method, cancel individual pre-orders or your subscription at
Your Memberships & Subscriptions
There was an error. We were unable to process your subscription due to an error. Please refresh and try again. 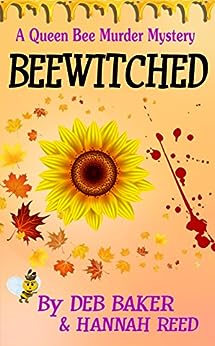 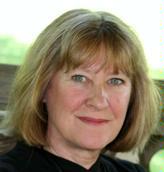 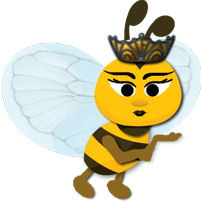 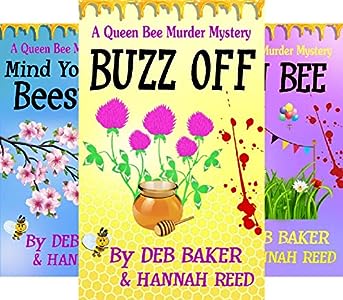 Beckett ShionaTop Contributor: Pets
4.0 out of 5 stars I enjoy these mysteries DESPITE the main character
Reviewed in the United States on July 9, 2017
Verified Purchase
For some reason, I continue to enjoy these Queen Bee mysteries, despite the fact that I really want to take the main character by the shoulders, shake her soundly, and exclaim, "For the love of heaven, woman! You're in your thirties! Act like it! Grow a spine! And maybe a brain, too!" I would definitely like to see her hire a good lawyer (or even a mediocre one) to deal with the constant and persistent police harassment she endures at the hands of the local police chief., and to stand up to her emotionally/verbally abusive mother. On the other hand, I suppose there would be no story if this same main character, supposedly an astute business woman and beekeeper, did not have so many personality fails when it comes to the other areas of her life. The book is basically well-written, although there are a number of minor edit fails (i.e., black eyes Susans, instead of the correct black-eyed Susans). These aren't enough to detract from the story, however. And the delightful small town atmosphere and many eccentric characters in the stories make up for the heroine's personality problems. As I say, I enjoy the mysteries despite the main character.
Read more
Helpful
Report abuse

HelloKnitty
4.0 out of 5 stars Great addition to the series
Reviewed in the United States on June 17, 2017
Verified Purchase
It’s fall in Moraine, Wisconsin and Story Fischer is preparing for the tourists that come to enjoy the weather and produce that is available in the area. Her mother Helen is preparing for her upcoming nuptials. Story’s ex-husband’s home has been for sale for so long that the sight of someone moving in is quite a surprise. Patti, her other neighbor, informs Story that the new neighbor is a witch. Story also learns that Patti is terrified of witches. Soon after, Story introduces herself to Dyanna, her new neighbor, and meets a group of her friends who have travelled from Milwaukee. The arrival of the witches is quite an event in the small town. The women will soon find themselves suspects in a vicious crime.

This is another great book in the Queen Bee Mystery series. The new characters are very well developed. It feels as though they have been part of the series from the beginning. The plot moves along at a good pace and it is hard to put down. I’m worried there may not be a sixth book.
Read more
Helpful
Report abuse

Carol L.
3.0 out of 5 stars Okay series; really poor editing.
Reviewed in the United States on November 15, 2017
Verified Purchase
I ordered all five of the books in this series for my Kindle. The stories are OK, but I have one question - Who in the world edits these books. I never saw such sloppy editing in my life - misspelled words, misused words (rouge instead of rough), words not in the correct order in the sentence. It was a mystery just to decipher some of the content. And it got worse with each new book. Another thing that irritated me was when the main character, Story Fischer, started referring to her boyfriend as "my man" over and over again. At $2.99 they are inexpensive and I'm glad I didn't pay more. I would not recommend these unless Amazon can fix all these problems.
Read more
One person found this helpful
Helpful
Report abuse

C. L. Exline
4.0 out of 5 stars Entertaining Book
Reviewed in the United States on January 29, 2018
Verified Purchase
Read all five books. Must say I kept hoping that the main character would grow up. Story is enough to make a reader clench her teeth while reading about her shenanigans. Hunter is an awesome and understanding boyfriend. As to Patti -- I wouldn't trust her as far as I could throw her. Not to mention the Police Chief, talk about a bully, kept hoping for a redeeming quality -- nope. Loved grandma though. The characters are very quirky and when Book 6 comes out, I'll buy it hoping Story has matured.
Read more
Helpful
Report abuse

Darlene Smith
5.0 out of 5 stars Add Witches
Reviewed in the United States on August 17, 2018
Verified Purchase
Whether it's the wand wielding ones or the rhymes with b**** ones, they have arrived in town, and what does Story do but jump right in with both feet, in spite of the fact that Patti is terrified of them. Trouble comes, just as she predicts and someone ends up dead. That doesn't stop Story though. Into the coven she goes, lying to Hunter all the while.
Read more
Helpful
Report abuse

beebee10
4.0 out of 5 stars A Queen Bee Murder Mystery
Reviewed in the United States on August 23, 2017
Verified Purchase
Story Fischer gets involved with the witches that come into town after meeting the witch Dyanna Crane who moved into her ex husbands house next door. Not much on Bees this time because she has closed the hives up for the cold weather, but plenty of excitement through out the book!
Read more
Helpful
Report abuse

Kindle Customer
4.0 out of 5 stars Bewitched
Reviewed in the United States on May 15, 2017
Verified Purchase
Im disappointed that the last two books have had less and less of the "bees" in the storyline. Thats the main reason i started reading it. Otherwise a good series.
Read more
Helpful
Report abuse

trudy penny
5.0 out of 5 stars Excellent
Reviewed in the United States on May 11, 2017
Verified Purchase
Truly a wonderful who done it. Had me guessing until the end. I loved the bee keeping side story. I would recommend this book to anyone that enjoys a good cozy mystery.
Read more
2 people found this helpful
Helpful
Report abuse
See all reviews