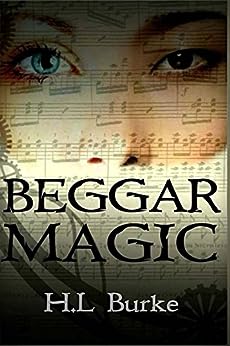 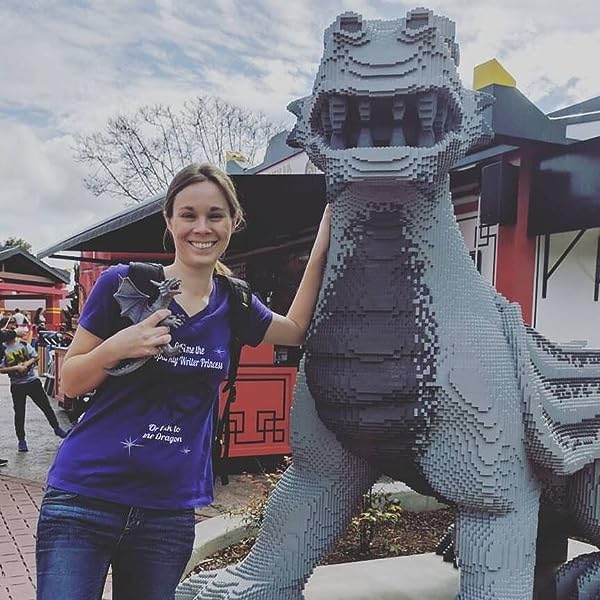 4.6 out of 5 stars
4.6 out of 5
95 global ratings
How are ratings calculated?
To calculate the overall star rating and percentage breakdown by star, we don’t use a simple average. Instead, our system considers things like how recent a review is and if the reviewer bought the item on Amazon. It also analyzes reviews to verify trustworthiness.
Top reviews

Diane Rapp
5.0 out of 5 stars An Action-Packed Fantasy to Enjoy
Reviewed in the United States on May 4, 2016
Verified Purchase
Having become a true fan of this author, I was anxious to read this fantasy. I was not disappointed! In a land where magic is delivered by creatures called Strains, the Highmost receive the full benefit. They use the Strains to do almost anything, hearing voices and making the most of their talents. Of course, this means the Highmost live in fancy castles, go to the best schools, and get the highest paying jobs. The Common folk us the Strains to wield Beggar Magic, small tasks that don't net them much in life. Of course the Common folk live very common lives or serve the Highmost (if they are very lucky).

When Leilani Weaver and Zebedy Brightly meet for the first time, their lives change dramatically. Leilani is Common and Zeb is Highmost but they become fast friends who are destined to save the Strains from dying. Their friendship is tested by friend and foe alike, driving them both to the brink of disaster. I LOVED this action-packed fantasy. The author skillfully builds a strange world and inhabits it with very likable and some despicable people. If you enjoy fantasy, mystery, and stories about people, this book will appeal to you. Get it right away.
Read more
5 people found this helpful
Helpful
Report abuse

shadow oaks resident
5.0 out of 5 stars Beggar Magic is Rich in Ideas
Reviewed in the United States on December 31, 2020
Verified Purchase
A creative magic system, a well-defined caste organization, an intriguing mystery, and a deep friendship set the stage for Beggar Magic, a fantasy novel by H. L. Burke. When Leilani, a Commoner (low caste) meets Zebedy, a Highmost (high caste), it seems they make an unlikely pair. However, the two quickly become close despite their differences.

The novel unfolds around a plot involving the Strains, but the real power of this novel is in the ideas it presents. The Strains aren’t exactly “elemental magic” nor are they gods or dead ancestors. Their ambiguity is fascinating, and they become minor characters in the novel.

H. L. Burke possesses that rare ability to entice readers to say they’re only going to read a few chapters, but instead they end up glued to the book late into the night. The enjoyable Beggar Magic is another one of her offerings that is worth reading well past bedtime.
Read more
Helpful
Report abuse

Jenelle Schmidt
5.0 out of 5 stars Delightful adventure mystery
Reviewed in the United States on June 12, 2017
Verified Purchase
This is a well-paced adventure story. A stand-alone, the story wraps up rather nicely, though I feel that there is definitely room for more stories set in this world. While we get a fair view of Gelia itself, we only get a glimpse of the wider world Gelia is part of, and many questions about the world and the Strains are left unanswered.

The characters are delightful and quite real. I enjoyed the stark differences between Leilani and Zeb, and the way that it affected their friendship throughout the story. I liked that the drama moments did not get too drawn out. When Leilani and Zeb had a fight, they sort of stomped off to their corners and dealt with it, and then returned to being friends without too much unnecessary angst dragging on. I liked that Leilani's parents were cautious and strict, but not in a way that made them into caricatures in any way. They were very real, despite being fairly small roles in the story.

There is a sweet splash of romance in the book as well, and my very favorite character was one of the deaf guards - which was done very well. I don't think I've actually ever read a fantasy story that included a deaf character before and I felt that Burke did a wonderful job with it. She also created her own form of sign language for the guards (most of them are deaf) because she felt that certain signs in ASL would not have the correct context in her fantasy world, so I appreciated the world-building aspect that this element brought into the story.

It is a very dear little tale, of friendship, betrayal, pride, and loyalty. And while you may be able to figure out some of the twists before the big "aha!" moment, I don't think you'll mind, because you're going to be reading this book for the characters and the world. But if the mystery takes you by surprise as it did me, that's just the cherry on top.

As an added bonus, the writing style has a flow to it that lends itself well to reading out loud, which I always appreciate.

And despite the noticeable lack of dragons in the story, I give this one Five Dragon Eggs.
Read more
One person found this helpful
Helpful
Report abuse

Leilani made for an interesting MC. She's one of the commoners and has what is termed "beggar magic" which is limited ability to hear and control the magic of the country. She makes friends with one of the upper class who is quite adept at the magic. Leilani would traditionally be more of a sidekick than an MC, so it was fun to see a story from the "less magically talented" character. She was fun, spunky, and willing to stand up for what she believed even if it got her into trouble. She was fantastic. I really enjoyed her relationship with Zeb and of course with Brick (who was genuinely adorable :)) Zeb was great in her own right, although along with Leilani, I did want to give her a good shake most of the time. :)

The plot was a really fun almost murder-mystery type which kept you turning pages. The magic system was very cool. The Strains were really intriguing and I loved the concept. They almost became their own character.

I know I'd love to see more of this world and Leilani! A very fun read and definitely recommended!
Read more
One person found this helpful
Helpful
Report abuse
See all reviews

S. Naomi Scott
5.0 out of 5 stars Well worth every star (contains spoliers)
Reviewed in the United Kingdom on January 7, 2015
Verified Purchase
It's quite rare for me to give a book five stars, so when I tell you that this one deserves all five of them I'm not messing. I've previously read (and enjoyed) indie author H. L. Burke's fantasy series, The Dragon & The Scholar, so I already had some strong expectations when I started Beggar Magic, and it's fair to say that her latest work has exceeded those expectations.

This novel is set in a world where a form of magical energy known as the Strains exists, and can be manipulated by the citizens to varying degrees. The Highmost have the most control over the Strains, while the Common can only use the Strains to a much lesser degree, referred to as the Beggar Magic of the title. And then there are the Wordless, those who never had (due to deafness) or have lost (as a result of causing a violent death) their ability to hear the Strains. This disparity has led to a society of two layers, with the Highmost occupying a more privileged position, while the Common and the Wordless are treated almost as vassals by their apparent superiors.

The story follows the adventures of a Common Weaver's daughter (Leilani) and a Highmost student (Zebedy) as they meet, form a friendship and work together to uncover and attempt to stop a plot that threatens to silence the strains forever. Along the way the two girls find love, help to break down the barriers of social standing and overcome a number of challenges to their friendship.

Overall I found this to be a fun read, with likeable characters and a well-paced and easily read story that kept me hooked from start to finish. The fact that the main characters are bound to win out and get through their adventures in one piece is almost guaranteed from the start, simply due to the style and genre of story being presented; I personally think it would be shocking beyond belief if the author killed off any of her protagonists because her writing (so far) simply hasn't shown any of that sort of darkness. That isn't to say there aren't any surprises or deaths, but for me the surety that the good guys will prevail is a welcome relief from all the dystopian, tragedy filled YA works doing the rounds at the moment.

With Beggar Magic H. L. Burke once again shows that self-published fiction can be an absolute pleasure to read, and I genuinely recommend this and the author's earlier works to anyone who likes their fantasy with a subtle hint of humour, a strong sense of fast-paced adventure and an unwritten promise that the primary good guys are almost certainly going to make it to the end in one piece and live happily ever after.
Read more
Report abuse

CC
5.0 out of 5 stars Fantastic Adventure with Steampunk Inspiration!!!
Reviewed in Italy on April 11, 2017
Verified Purchase
I enjoyed this story very much. The characters are unique from one another, the world-building is well thought out, and there are frequent surprises. There is mystery, adventure, some drama, and humor. A very fun read! There are a few moral predicaments that keep things interesting. Magic is used by way of creatures called the Strains, but it is not overdone.
Read more
Report abuse

Katharina Gerlach (Indie Autorin)
5.0 out of 5 stars turn this into a series, please (say someone who hates series)
Reviewed in Germany on March 11, 2015
Verified Purchase
The characters in this novel sprang of the first page, grabbed me by the hand and dragged me along for the ride. At first, they felt younger than they were meant to be but that changed as soon as they learned a bit more about their world. The prejudice against the lower castes could have been shown a bit more to drive the point home, but this was such a minor issue that it's not worth taking a point off of a thoroughly enjoyable read. I hope to be able to return to this world some time in the future (hint...)
Read more
Report abuse
See all reviews