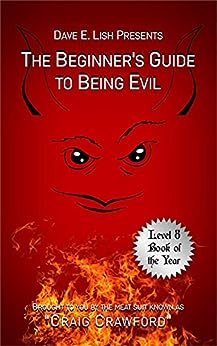 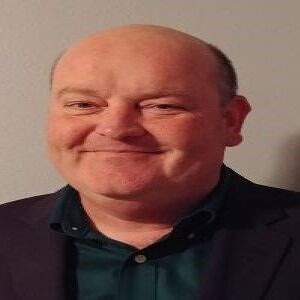 The Beginner's Guide to Being Evil Kindle Edition

by Craig Crawford (Author) Format: Kindle Edition
See all formats and editions
Sorry, there was a problem loading this page. Try again.
Hey! I'm Dave. And you have questions. You're probably starting with this one:

"Why should I not only buy, but actually read this book?"

Look, no matter what religious doctrine, books, laws, or commandments you follow (and even if you don't), 100% of you have committed sins, shameful deeds, etc. (Quit lying to yourself, yes you have. For some of you, it probably happened within the past hour.) Ergo, when you reach the afterlife, for a lot of you there’s going to be a closed door to the escalator heading Upstairs, probably guarded by two big goons with big stupid wings.

"So, what happens down there, Dave? Is it really all that bad?"

Welp, I'll be honest. Most of you are probably looking at spending the rest of eternity working in wart diagnostics, slaving away in a food court (haha, "food"), or any of a thousand other awful careers. Did I mention the plumbing level?

In my book, I give you the skinny and the lowdown on EVIL. What it is, how it works, and how to use said information therein to make your afterlife less pitiful. Heck, there’s even a test to assess your evil skills to see where you stack up and decide if you should work a little harder to better your situation. Because you can! Better your afterlife situation, that is.

Sure, you can ignore me. But while I’m not all "omniscient" like the Big Guy Upstairs (cheater), I’ll know whether you snubbed me because the old adage stands: you can’t bullsh-- a bullsh--er.
What’s a few measly bucks anyway if it earns you a decent apartment in the hereafter? Then you can point and laugh at all your friends who gave you crap for buying the book. (Trust me, they’re on their way Downstairs, too.)

So, come on! Don’t be afraid. You might actually learn something of value…not like high school and college—and it’s a lot cheaper!

"Dave E. Lish Presents: The Beginner's Guide to Being Evil," brought to you by the meat suit known as Craig Crawford, is a satire novella published by Mannison Press, LLC.

Craig got interested in writing in middle school. He met up with a guy who introduced him to RPG's, fantasy and science fiction, and most importantly, the idea of writing stories. Studying writing all through high school and college, he continued creating stories.

His first publication came with a gaming company called Palladium Books, creating an index for their role playing game, Rifts. The success of the first led to a second. After he concentrated on fiction, and in 2008 he connected with a group called the Wolf Pirate Project who taught him all about writing and editing.

You can find out more about him and his stories at his website.

Mr. D.
4.0 out of 5 stars A Fun Read
Reviewed in the United States on October 30, 2021
Verified Purchase
The book is a short novel that contains a tongue in cheek commentary of the human condition. It is fun to read and is best taken in small doses. Think about what you read and how it applies to your daily contact with those around you. Mr. Crawford is an astute observer of the animals that populate this planet. I think I am becoming a fan.
Read more
Helpful
Report abuse
See all reviews
Back to top
Get to Know Us
Make Money with Us
Amazon Payment Products
Let Us Help You
EnglishChoose a language for shopping. United StatesChoose a country/region for shopping.
© 1996-2021, Amazon.com, Inc. or its affiliates