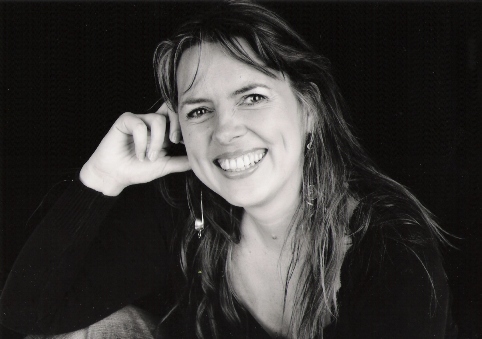 A Beginner's Guide to Changing the World: A True Life Adventure Story Hardcover – May 31, 2005

Losada, an English actress, singer and TV producer, detailed her New Age search for happiness in her previous book, The Battersea Park Road to Enlightenment. Now she turns away from the "tummy-button" of her search for personal happiness to take on social action on behalf of Tibet, harshly occupied by China, and its leader in exile, the Dalai Lama. Losada is disappointed by British organizations working in support of an autonomous Tibet, because they don't necessarily embrace the Dalai Lama ("the sanest voice on the planet"). To ease her frustration, Losada makes some contacts, develops a Web site and dreams up some publicity schemes, including "tits for Tibet," involving topless women in a van. Cooler heads prevail, and the author settles for a parachutist jumping from Nelson's Column in Trafalgar Square while unfurling a picture of the Dalai Lama, a stunt that attracts international news coverage. Losada also travels to Tibet and falls in love with a monk. An audience she has with the Dalai Lama is recounted in glowing terms. She seems unfamiliar with political, historical and religious complexities, but there's no doubt that Losada is a good-humored, hard-working activist for Tibet. Her heart is in the right place, but much of the time her head doesn't follow. Illus. not seen by PW. Agents, Jonathan Lloyd and Christy Fletcher. (On sale June 1)
Copyright © Reed Business Information, a division of Reed Elsevier Inc. All rights reserved.

To Londoner Losada, it was all so illogical. By fighting the war on terror with even more violence, world governments were showing terrorists that such destructive tactics were effective because they had succeeded in gaining international attention. Conversely, the world's leading advocate for peace, the Dalai Lama, was being universally ignored. The message: violence works; peace doesn't. Having already written about achieving personal enlightenment, Losada decided it was time to put her ideas into practice to determine how, or even if, one person could change world opinion. With indefatigable energy, infectious enthusiasm, and indomitable belief in her quest, Losada embraced her mission to protest Chinese domination of Tibet as an opportunity for personal growth as well as for international welfare. Whether traveling to Kathmandu, gaining audiences with Chinese officials, or staging consciousness--raising PR stunts, Losada's courageous, audacious, and frequently humorous journey from mildly interested observer to fully committed activist is an inspirational and illuminating study in the power and possibility of one person's faith and determination. Carol Haggas
Copyright © American Library Association. All rights reserved

“[H]eart-warming and extraordinary....[Losda} writes perceptively and with humor...and succeeds in getting across the underlying message.” (--Wanderlust magazine)

“[S]mart, funny, compassionate...the perfect remedy for people who feel they are too insignificant to make a difference.” (--Dinty W. Moore, author of The Accidental Buddhist)

“Losada’s courageous and humorous journey... is an inspirational and illuminating study in the power of one person’s faith and determination.” (Booklist)

“Losada is a good-humored, hard-working activist for Tibet. Her heart is in the right place....” (Publishers Weekly)

“A practical look at how one person’s faith and determination inspire change, maybe one that impacts the world.” (Relevant magazine)

“This book just might inspire you to change the world in your own way .” (Tricycle)

Isabel Losada has worked as an actress, singer, television producer, and full-time single parent. She is the author of The Battersea Park Road to Enlightenment, which is a bestseller in twelve countries. She really does live on Battersea Park Road, in London.

Mary
5.0 out of 5 stars Bridget Jones Meets Michael Moore!!
Reviewed in the United States on July 2, 2005
Verified Purchase
Some people have described Isabel Losada's book as "Bridget Jones meets Michael Moore," and actually, it's quite an apt description. The lively British and blonde Isabel sets out to see if how one person can change the world. Along the way, purely by chance, she lands on the Tibetan issue as the cause she's going to adopt, and the next thing, the intrepid Isabel is leading peaceful demonstrations, traveling to Nepal, Tibet and India, and even meeting the Dalai Lama.

It's humorous, but heartfelt, and along the way, while you're amused and entertained at Isabel's adventures, you find yourself understanding the intricate and often heartbreaking story of the Tibetan cause, and the people who suffer for that cause. But the book is infused with hope -- the hope that every one of us can do something to make a difference to any cause that we care about, and hope for the future of Tibet and the Dalai Lama.

You're going to love this book. I did!!!!
Read more
11 people found this helpful
Helpful
Comment Report abuse

FaithfulReader.com
5.0 out of 5 stars A humorous, charming, and sincere account of an individual's attempt to change the world
Reviewed in the United States on August 24, 2005
Isabel Losada wears many hats: single mom, writer, traveler, and now newly christened activist. Journey with Losada as she tells of the seemingly endless trials and tribulations as a wannabe activist fighting for the religious freedom of Tibet. Interesting choice. Yet when the author explains her reasoning behind backing this particular cause, readers will fall into her line of thinking with a natural acceptance simply because Losada is so charming and sincere. Her expression of sadness over the rising regularity of terrorism worldwide is so commonly felt, so consistently lamented, that when Losada poses the premise of fighting the war on terror with nonviolence, it makes sense. Who then is the leading proponent of nonviolence? The Dalai Lama, of course. Losada determines that he's the man for her --- and on this basis Losada begins her story, her journey toward social activism.

Making use of the famed serenity prayer, Losada divides her text into three main sections. Part One: "Grant me the serenity to accept the things I cannot change..." Recognizing that she has never done much besides navel-gazing, Losada decides to invest some time in protesting outside the Chinese Embassy, a not particularly auspicious beginning. Next, the author starts investigating, interviewing, and finally traveling to Tibet. Waking up in Kathmandu, Losada details in comical fashion the advice passed along to her from a girl in the know from Tibet: Never squat down in the bushes on the Nepalese side of the Himalayas. Leeches have a way of attaching themselves. Before you know it, you're pouring with blood.

Sounds enchanting. Not to be daunted, Losada repeatedly hears the warning of altitude sickness, which can kill you. More seriously, though, were the injunctions to take extreme care in how one speaks to the Tibetan people regarding their loyalty to the Dalai Lama. And never, ever, hand out photos of the Dalai Lama as they're illegal. Losada does indeed travel and immerse herself in Tibetan culture where she sees both beauty and evil side by side, incongruously thriving together. Hard to accept.

"The courage to change the things I can..." comprises the second part of Losada's tale as she begins making advances in practical activism without much initial success. From approaching the Free Tibet Campaign organization to requesting and receiving an interview with a member of Parliament, from setting up a company, a website, to delving into the nitty-gritty of fundraising via parachuting for donations, Losada makes even the most dreary activities both humorous and sobering.

Finally, in Part Three, "And the wisdom to the know the difference..." Losada's journey becomes at once more introspective and profound as she receives an invitation to meet with the Dalai Lama. It is this portion of the text alone that will likely bring the most fascination to readers. Losada takes her time to carefully unfold the details of this once in a lifetime encounter and the results are most satisfying.

While Losada communicates with regular dashes of humor and wit, she likewise is serious about making a difference in the world. Even the most socially complacent readers will glean tips on how vital doing "one's bit" is to a better, safer, more peaceful world. As the Dalai Lama so succinctly states, "If the individual acts, society is changed."

Kelly H
5.0 out of 5 stars Loved it!
Reviewed in the United States on October 17, 2005
I loved, loved, loved this book. It was exactly the right book for me. I almost didn't buy it, though. I'm on a must-resist-book-buying sort of budget, but my husband pointed this book out to me at the bookstore. After reading the "Ten Indispensable Things You Need to Change the World" on the back flap, I knew I had to buy this book. (#1 is "A cupboard. To put your TV in." Something I know I should do but don't.)

The book is structured around the author trying to get a better grasp on the serenity prayer, which she has carried with her for years:

"Grant me the serenity to accept the things I cannot change

The courage to change the things I can

And the wisdom to know the difference."

That first bit is where I get stuck. I feel this immense responsibility to devote my life to "changing the world" but I just end up feeling overwhelmed (duh, can you imagine?) and frustrated when I see that there's no silver bullet solution to anything. This book spoke to me in a way that no one ever has. No matter how many times someone has said to me "There is no silver bullet" or "You can't change the world in a day" or whatever, I nodded in agreement but didn't really agree. Deep down, I truly believed that there is a silver bullet and I just had to find it.

But this book taught me that though there may be a silver bullet out there, devoting your life to finding out what it is isn't nearly important as *doing* something that brings you joy and makes you feel as if you're contributing something to the solution. I don't want to ruin the ending, but I will if I say much more than that.

I just really, really loved this book. It's exactly what I needed to read. Thank you, Isabel Losada, wherever you are.
Read more
5 people found this helpful
Helpful
Comment Report abuse
See all reviews