The Beginner's Guide to Stoicism and millions of other books are available for instant access. view Kindle eBook | view Audible audiobook
Share <Embed> 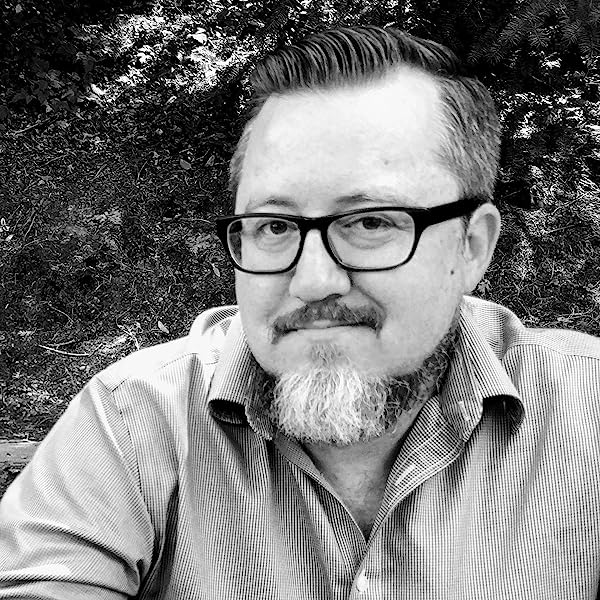 The Beginner's Guide to Stoicism: Tools for Emotional Resilience and Positivity Paperback – October 8, 2019

RECALL A SITUATION IN WHICH YOU FELT CONTENT OR JOYFUL:

“The Beginner’s Guide To Stoicism is perfect for the beginner and experienced philosopher alike. Given the brief nature and simple style of this work, it’s an enjoyable read and it will enrich your life.”―J.R. Sedivy, Amazon reviewer

“I picked up this book on a whim. I've never contemplated stoicism and it's place (or absence) in my life. . . . I learned a great deal, and I was very pleasantly surprised. It wasn't overwhelming and offered really good and really practical advice that is easy to implement. Filled with quotes, questions, exercises, anecdotes, and more, this little guide can have a big impact on how you view your life!”―Madam Librarian, Amazon reviewer

“I really liked the breakdown of Stoic disciplines and virtues, and I especially enjoyed the Toolkit. I think the Toolkit is a super useful way of pairing the disciplines with Stoic practices to help you respond to all aspects of life. I would prefer this as a physical book to carry in my bag and reference the Toolkit on those days I struggle and need guidance in keeping a Stoic mindset.”―Laura, Amazon reviewer

Start reading The Beginner's Guide to Stoicism on your Kindle in under a minute.

4.6 out of 5 stars
4.6 out of 5
542 global ratings
How are ratings calculated?
To calculate the overall star rating and percentage breakdown by star, we don’t use a simple average. Instead, our system considers things like how recent a review is and if the reviewer bought the item on Amazon. It also analyzes reviews to verify trustworthiness.

Edwin Dalorzo
3.0 out of 5 stars Self-help book based on stoic philosophy
Reviewed in the United States on May 23, 2020
Verified Purchase
The book was not what I was expecting. I was looking for a strong philosophical foundation, and this book accomplishes that objective only marginally. This is more a self-help book based on philosophical ideas than a book on philosophy that awakens that sense of wonder, discovery, and curiosity that leads you to become a better human being.

There is wisdom in this book, but not of the kind that you would typically find in pure philosophical ideas. You see, in philosophy, what matters are the questions, and meditating on those questions is what conduct you to wisdom. However, in this book the author packs his own wisdom, derived from his study of some of the greatest stoic philosophers. It is my opinion that this deprives his readers of the valuable effort of thinking hard on the fundamental questions of the stoic philosophy themselves.

I think that as a self-help book, this book is not that bad. The author has some interesting and useful advice and perspectives. However, he is not yet at the height of the past great philosophers that he constantly quotes. His advice feels way too personal for me, and his writing still lacks that millennial wisdom and piercing shrewdness of the stoic philosophers of yore.

However, I do believe that his ”street wisdom” could be useful to many readers and my rating probably just means that I read the wrong starting book on stoicism.

Caty, Pleasanton
3.0 out of 5 stars Stoicism is not for me
Reviewed in the United States on January 13, 2020
Verified Purchase
This is the second book I've read on Stoicism. There are some good takeaway, such as: simply (ha!) do the right thing even when others wrong you. Overall, I've decided that Stoicism is not my cup of tea.
Read more
18 people found this helpful
Helpful
Report abuse

Amazon Customer
2.0 out of 5 stars Did they accidentally print the rough draft?
Reviewed in the United States on June 26, 2020
Verified Purchase
Instead of "Beginner's Guide", maybe "Children's Guide would have been more appropriate. The meat and potatoes in this book are decent, but only if you like meat and potatoes for every meal every day of the week. The info is very basic and the same points ("focus on what you can control") are repeated over and over and over again in only slightly different ways. The book lacks flow and seems to jump all over the place with only very loose organization to keep it all together. I also felt that some of the examples were not particularly well thought-out and that some major teaching points were completely missed, like the author was in a rush or something. I felt myself filling in the blanks and coming up with better teaching points on my own. It feels like a rough draft that was mistakenly sent to the printing presses prematurely.

There are a few points where the author slips in his own personal views and then makes the assumption that the reader will agree with them. In one example, the author discusses his time as a manager at a food shelter for Hurricane Sandy victims. Apparently the food that was being donated contained items that some of the victims refused to eat because of religious reasons, so the author says he started refusing all food donations completely until the shelter did something about it. Eventually the shelter relented and the author got what he wanted. He uses this as an example of standing up for what you believe in ("justice"), even if it means risking your livelihood. While I understand the value of telling that story, I also recognize that his predicament at the shelter is not as black-and-white as he makes it seem, and at the end of the day, he did prevent anybody from getting food until his demands were met. I'm not saying either way is right or wrong, but I am saying it's at least debatable, and I'm reading this like, "why is this even in the book at all?"...

In another example the author uses to demonstrate "justice", he basically encourages people to protest even when the protests are dangerous, because justice is worth it. I'm not really sure what's going on there, but again, deciding to attend a dangerous protest is at the very least a debatable issue (and at the most, well, dangerous... and potentially illegal) and not as obviously virtuous as the author makes it out to be.

In sum, the message is still good and the info is decent, but I wish I would have chosen a different book to be my introduction to Stoicism.

JoyfulVeg
5.0 out of 5 stars A Worthy Introduction
Reviewed in the United States on November 12, 2019
Verified Purchase
I purchased this book after receiving a review copy of its accompanying journal. What an intriguing introduction to stoicism! As someone who is prone to anxiety, this book felt like a clear reminder of the present moment, with strategies on how to tackle life. Stoicism is new to me, and it complements other modalities like cognitive-behavioral therapy or buddhism/mindfulness. I'm excited to explore this subject more. Van Natta makes the topic both accessible and intriguing, and for that I am grateful!
Read more
14 people found this helpful
Helpful
Report abuse

becky
5.0 out of 5 stars Great book!
Reviewed in the United States on November 4, 2019
Verified Purchase
Great book with lots to think about. In a world of bad new, complainers, it's nice to learn that you can't control others actions, only your own.
Read more
11 people found this helpful
Helpful
Report abuse

Dulcinea
5.0 out of 5 stars Easy reading. Large fonts.
Reviewed in the United States on November 29, 2019
Verified Purchase
Easy reading. The large fonts help so you don't have to strain your eyes.
Read more
9 people found this helpful
Helpful
Report abuse

T T
5.0 out of 5 stars Great guide
Reviewed in the United States on December 4, 2019
Verified Purchase
The author does a great job highlighting some very useful Stoic exercises and shows how you can apply them to daily life. I would recommend this book to anyone who is curious about Stoicism or is starting to practice.
Read more
6 people found this helpful
Helpful
Report abuse

Irving Arenas
5.0 out of 5 stars Informative and well written
Reviewed in the United States on September 11, 2020
Verified Purchase
If your new to Stoicism, consider purchasing this book. If your similar to me, ( not skillful in reading) then this book will be an excellent book. Easy to read and highly practicable. Thats why i love this book; it covers the basics of this philosophy , includes disciplinary actions and ideas , and quotes.
Read more
One person found this helpful
Helpful
Report abuse
See all reviews

Play Loud
3.0 out of 5 stars Not so much a beginners guide
Reviewed in the United Kingdom on December 21, 2020
Verified Purchase
Arrived on time and in condition as stated.

3 stars awarded as I found this book a little cumbersome and quite heavy going. The analogies and examples used to illustrate the basic stoic philosophies felt unnecessarily complex and overly worded.

If you’re looking for a good, easy to read introduction to Stoicisim, may I recommend The Pocket Stoic by John Sellars.
Read more
3 people found this helpful
Report abuse

Anouar Zouali
5.0 out of 5 stars Good book to read to enlighten your views
Reviewed in the United Kingdom on July 24, 2020
Verified Purchase
Good read, my son 13 loved it
Read more
Report abuse

julie saleh casales
5.0 out of 5 stars Easy to follow and perfect size for your bag
Reviewed in the United Kingdom on March 7, 2020
Verified Purchase
Fantastic read
Read more
Report abuse