You've subscribed to The Four Series! We will preorder your items within 24 hours of when they become available. When new books are released, we'll charge your default payment method for the lowest price available during the pre-order period.
Update your device or payment method, cancel individual pre-orders or your subscription at
Your Memberships & Subscriptions
There was an error. We were unable to process your subscription due to an error. Please refresh and try again. 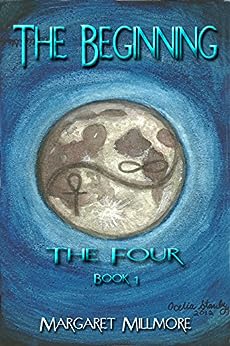 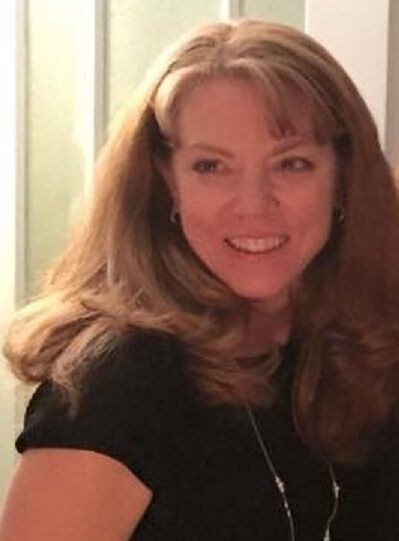 The Beginning: Book I - The Four Series Kindle Edition 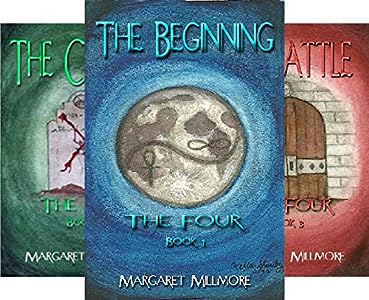 Margaret Millmore lives on a quaint island in thePuget Sound, Washington with her husband and two cantankerous alarm clocks (better known as cats, who are apparentlystarving to death at 5 a.m. every single darn morning...).
Her first published works were flash fiction, whichwere featured on Bay Area artist, Kenny Mencher's blog, The Welcome Home andUntitled - Luke N. Goode.
In 2011 she published her first full length novel,since then she's published a three book series, another novel and her currentseries (via Creativia Publishing) What Haunts Me (Ghost Killer Book 1) and TheEdge of the Cemetery (Ghost Killer Book 2), which was awarded the August 2016Book of the Month award by Long and Short Reviews, and What Hunts Me (GhostKiller Book 3), which incorporates an epic journey taken by her grandfather in1915. The majority of her books are set in San Francisco where shelived--previous to island life--for over 26 years.
Margaret's preferred writing genre is supernaturalfiction, with the exception of her time-travel novel, The Dragonfly Door.

Roy Murry, Author
VINE VOICE
4.0 out of 5 stars The Beginning (The Four)
Reviewed in the United States on November 22, 2012
Verified Purchase
THE BEGINNING, Book I (The Four)
Author Margaret A. Millmore

Imagination is a gift and putting it down on paper is a challenge. Ms. Millmore has met that object by presenting a novel for readers of vampire and werewolf cult adventures. She takes a group of friends brought together by fate and follows their growth into young adulthood, where they all but one dream similar visions.

These unbelievable figments are put together through brainstorming by the
group led by Clare, the narrator, and Kate, the one not hallucinating. It is interesting to note they all believe they are going out of their minds except Kate, who intelligently helps the group understand what is happening. Kate notices everyone's change in behavior over the years. In the end, they reach a common ground of understanding - they are different from the rest of humanity.

Margaret Millmore developed her characters well. The reader will understand why one character in the group is going to be a vampire and another will turn into a werewolf. This is explained in conversations between Clare and Charles, a man she met in here dreams and in real life through Margaret's characterization.

The story is well told in detail. It is slowly developed to lay the foundation of what will be, in my opinion, an interesting adventure series of good battling evil - this group against the Dark Ones, who destroy humanity for their perverted end. Good vampires and werewolves care for humanity as told in the story.

Ms. Millmore has done a fine job of keeping the reader interested. I, being a non-believer and never thought I would read this type of book, was completely drawn in. She kept me wondering if the story was plausible. Now, if you are a believer, you'll be hooked by her chronicle of young vampires and werewolves.
Read more
One person found this helpful
Helpful
Report abuse

Elaina J Davidson
3.0 out of 5 stars Light entertainment
Reviewed in the United States on October 14, 2015
Verified Purchase
A quick, easy read that doesn't test you. Interesting story line, but a bit shallow. I kept expecting something to happen to explain the set up, but nothing did really. An okay read, if you're looking for light entertainment.
Read more
Helpful
Report abuse

Mercedes
4.0 out of 5 stars Page turner
Reviewed in the United States on April 25, 2013
Verified Purchase
This was fast read, the pacing kept me going. However it did feel like each chapter was building to something that never came. I like the idea of the story and the writing was very good. Well worth the read and to keep going to next in the series.
Read more
Helpful
Report abuse

J
5.0 out of 5 stars "The beginning"
Reviewed in the United States on December 3, 2012
Verified Purchase
The Beginning was a great book. I look forward to reading the resat in the series as they come out.
Read more
One person found this helpful
Helpful
Report abuse

Steven Swem
4.0 out of 5 stars In Anticipation.
Reviewed in the United States on September 15, 2012
Verified Purchase
The description is very good, caught MY attention. I was going to add it to my wish list, but changed my mind and got it. If the story is as good as the premise, this should be well worth the read. Will let you know when I am done.
Now I am done.
When I say I am a voracious reader, I mean just that. I get started on an intriguing book, I stay until its done. I started this today at 9am and finished it at 5pm. I found this story fast paced, which is great with me. The concept is fascinating, and the authors weaving of the legend into the story concept is excellent. I found myself getting attached to Clare and what was going to happen her. The story seemed to end too soon, and diffidently leaves you wanting more. If there is going to be a next book, I am certainly going to be looking out for it. I give it 4 stars because it seemed to short, but worth the read.
Read more
5 people found this helpful
Helpful
Report abuse

Wayne Zurl
5.0 out of 5 stars My glimpse of vampire history
Reviewed in the United States on November 6, 2012
THE BEGINNING by Margaret Millmore

The last time I turned to a vampire for entertainment, Bella Lugosi was a young man. But this book, THE FOUR, number one in THE BEGINNING series sounded intriguing so, I sharpened my fangs and began reading.

The subtitle refers to four young people--carriers of the recessive gene that will someday turn them into vampires or werewolves. By happenstance, they all meet as children and grow into adulthood together. Then, one by one, they begin to feel the glitch. Each one experiences troubling and foreboding dreams--the same dreams.

Thrown for a loop by these inexplicable and similar dreams, they soon learn their future when contacted by their "watcher," Charlie, a vampire himself employed by "The Consortium" or our version of the governing body of vampire and werewolf elders, who explains in fascinating detail, their family histories, inherited characteristics, and what they can expect in the future.

Ms. Millmore does a fine job presenting the historical background of her take on vampires and werewolves. Everything sounds interesting and plausible--in a Shock Theater sort of way. And who doesn't enjoy a really good, scary legend or two spanning the ages and continents?

With Charlie's history lesson, comes the hook to these characters. We will all like them because they're members of the benign group, led through immortality by The Consortium of vamps and werewolves who, over the centuries, have altered their way of life to peacefully coexist with their human neighbors. The monkey wrench thrown at THE FOUR is that for eternity, their lot in life is to monitor and combat "The Dark Ones"--the miscreants and destructive critters in the ranks of vampires and lycanthropes who give guys like Lugosi and Lon Cheney Jr. bad names.

The book ends with THE FOUR contemplating their future and how their lives will soon be forever altered.
I liked it. Margaret Millmore's imagination far exceeds my own. I applaud her for building a solid foundation for future adventures of THE FOUR.

Wayne Zurl
Read more
2 people found this helpful
Helpful
Report abuse
See all reviews
Back to top
Get to Know Us
Make Money with Us
Amazon Payment Products
Let Us Help You
EnglishChoose a language for shopping. United StatesChoose a country/region for shopping.
© 1996-2021, Amazon.com, Inc. or its affiliates