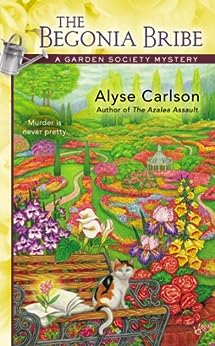 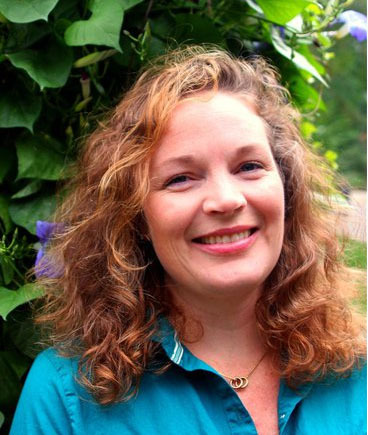 More information to be announced soon on this forthcoming title from Penguin USA. --This text refers to the paperback edition.

Sara West
5.0 out of 5 stars book review
Reviewed in the United States on May 21, 2014
Verified Purchase
Loved this book! I am really enjoying this series. Although I often read just to escape from reality and all thought, this series doesn't allow that. One has to concentrate and really think while reading these stories.
Read more
Helpful
Report abuse

best read this year! Connie b recommends
5.0 out of 5 stars New series give it a try and then read the Azealea one
Reviewed in the United States on July 3, 2013
Verified Purchase
Azealea is actually the first and Begonia the second book in the series I expect she is going by the alphabet and a C flower will be next. Try this cozy you will like it.
Read more
2 people found this helpful
Helpful
Report abuse

Noreen J. Sullivan
5.0 out of 5 stars A GOOD READ
Reviewed in the United States on April 5, 2014
Verified Purchase
ALL THREE WERE EXCELLENT READS. THEY DEFINITELY KEPT MY INTEREST. LOOKING FORWARD TO THE NEXT COZY MYSTERY FROM ALYSE CARLSON.
Read more
Helpful
Report abuse

Margie
4.0 out of 5 stars Four Stars
Reviewed in the United States on November 20, 2014
Verified Purchase
I enjoyed the story and look forward to other books in the series.
Read more
Helpful
Report abuse

T. Nelson
2.0 out of 5 stars Multiple characters isn't alway a good thing
Reviewed in the United States on May 23, 2015
The only reason I finished The Begonia Bribe is that a book I requested from the library was slow in arriving so I kept slogging through. After *finally* making it to the end, the reason for the murder(s) was so questionable I literally went back and read the summation three times to make sure I was correctly interpreting.

The first book gave us a core group of characters most of whom I really liked. This one not so much.

As someone whose job requires her to get along and make networking connections with high society, it seems Cam's personality and questioning methods could possibly be a bit softer, subtler and certainly more professional. Penelope is written so nasty you have to believe her personality is something that will be addressed in a future book. Cam's father is wonderful but after appearing in the first few chapters, Cam uses his expertise to solve a major problem her lack of forethought caused then he's not spoken of again. Annie is available to help at a moments notice even though she's sole proprietor of a small business. Jake is obviously up to his ears with Cam's interference. Rob is being pushed toward the too patient end of the 'Boyfriend Spectrum' by Cam's behavior but he's still conveniently near when he must chase an evil doer and is generally available to accompany Cam on her questioning sojourns. The number of characters thrown at the reader is way too much. Pageant participants and volunteers. Judges and sponsors. Hotel staff and grounds keepers. Spouses and parents. And don't even get me started on why cross dressing was included. Red herrings are one thing but not at the expense of comprehension.

I have no idea what qualifications Cam has as an event coordinator. Her lack of oversight on a large event is nothing less than negligent. A function encompassing two buildings and a public park has no security? Really? Roanoke isn't Mayberry. It's a metro area with a population of more than 300,000. No one thought it might be necessary to have security patrolling an open, outside venue? After that lapse in planning allows for a serious vandalism incident one of the corporate sponsors/donors agrees to replace the damaged goods in exchange for her company name appearing larger in the event's program. Anyone that's ever asked for corporate donations will see that as a huge stretch. And during this multi-day event Cam wanders off for hours at a time to solve the murder apparently leaving only volunteers to run the event. And again, Roanoke is LARGE area. Are we really to believe a woman who makes her living coordinating upscale events does not own a car? Is one of her criteria for accepting jobs they have to be within walking distance of her home? So much about this character doesn't make sense.

I hope the third Garden Society Mystery improves. This series started strong but, in my opinion, this was a disappointing effort.
Read more
2 people found this helpful
Helpful
Report abuse

Mason Canyon
5.0 out of 5 stars Fun and Entertaining Cozy
Reviewed in the United States on May 19, 2013
Mixing beautiful flowers and a beauty pageant for little girls sounds like an ideal match, but throw in a murder and you have the plot for an intriguing cozy murder mystery.

It's Camellia Harris' job to promote the lovely gardens of the Roanoke Garden Society, but she never dreamed her job would include helping with a beauty pageant for little girls. When the Little Miss Begonia Pageant decides to hold it's state finals in Elmwood Park, Cam has to spruce up the park in July, deal with the pint-size contestants and their sometimes mean-spirited mothers, as well as the judges.

Cam finds the drama onstage doesn't compare with what goes on with the judges - jealousy, betrayal and a love triangle. Local newsman Telly Stevens, one of the judges, is married to the executive producer of the local television station WONK but that doesn't stop his womanizing. Meanwhile, it appears somebody is also trying to stop the pageant altogether. When Stevens is found dead, apparently poisoned by some sort of plant, the drama heats up.

Cam has a whole garden of potential suspects and motives. She has to find the killer before the entire pageant fades away in the July heat.

Author Alyse Carlson has created a likable and realistic character in her protagonist Camellia Harris. Carlson has given her strengths and flaws that makes her a friend we'd like to know better. The added traits of the secondary characters makes for a well-balanced story. Carlson has a good mix of friendship, suspense, humor and a dash of romance woven throughout the story.

Moving at a steady pace, THE BEGONIA BRIBE draws the reader in and holds their attention until the last petal is dropped. While the setting is exquisite gardens, you don't have to be a botanist to enjoy this cozy mystery. Cam and her friends will delight you as they hold you in suspense until the killer is revealed.

Carlson's eye for detail will place you in the middle of the action. This is a delightful summer read for the cozy murder mystery enthusiasts.

THE BEGONIA BRIBE is the second installment in the Garden Society Mystery Series, but can be read alone. For more background on Cam and her colorful friends, be sure to read the first installment, THE AZALEA ASSAULT (June 2012).

FTC Full Disclosure - This book was sent to me by the publisher in hopes I would review it. However, receiving the complimentary copy did not influence my review.
Read more
5 people found this helpful
Helpful
Report abuse
See all reviews