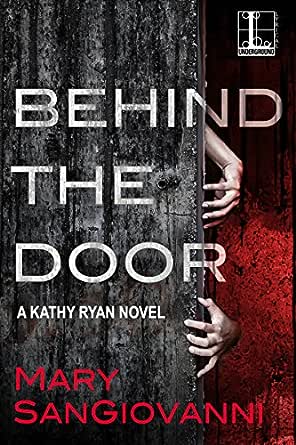 You've subscribed to A Kathy Ryan Novel! We will preorder your items within 24 hours of when they become available. When new books are released, we'll charge your default payment method for the lowest price available during the pre-order period.
Update your device or payment method, cancel individual pre-orders or your subscription at
Your Memberships & Subscriptions
There was an error. We were unable to process your subscription due to an error. Please refresh and try again. 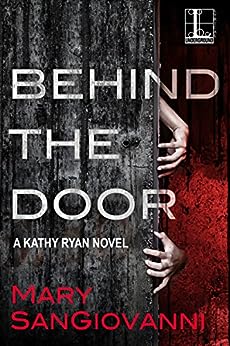 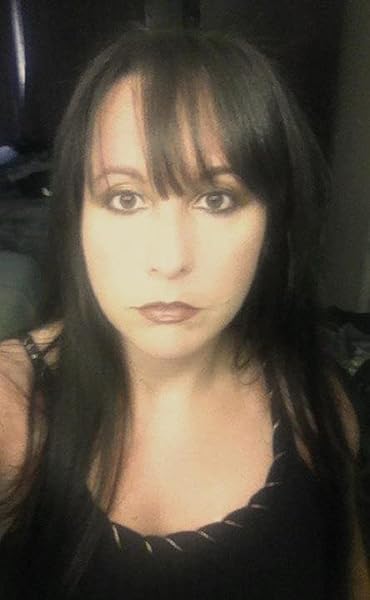 Behind the Door (A Kathy Ryan Novel Book 1) Kindle Edition 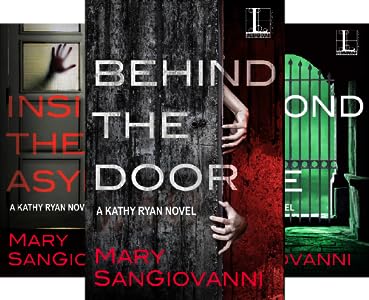 "A master of cosmic horror, SanGiovanni evokes a Lovecraftian sensibility in this action-filled story . . . Scary, suspenseful, smart, and gory, the novel is also beautifully set and described." -Library Journal on Savage Woods"

4.3 out of 5 stars
4.3 out of 5
52 customer ratings
How does Amazon calculate star ratings?
Amazon calculates a product’s star ratings based on a machine learned model instead of a raw data average. The model takes into account factors including the age of a rating, whether the ratings are from verified purchasers, and factors that establish reviewer trustworthiness.
Top reviews

BEHIND THE DOOR (A Kathy Ryan Novel), by Mary SanGiovanni, is a supernatural horror novel that really makes the readers think, and begs the question: If you could have anything you want--without knowing the possible repercussions--would you take that chance? In the rural town of Zarephath, PA, there is a "freestanding Door" in the woods that the residents both fear and revere.

When new people move to Zarephath, they are inevitably told--in whispered reverence--about the town's mysterious Door. Rumors say that you can ask for something from it--but there are as many "bad" results as there may be desirable ones.

"Rule number one is that you absolutely, under no circumstances ever, open that Door . . . "

Kari, a newly divorced woman who tragically lost her only child, has recently moved here to try and get away from her haunting memories.

She is one of the many remarkable characters that the author does an incredible job of bringing to life in this book. The emotional intensity, pain, faults, strengths, fears, and desires are so real that they make you feel as though you were in this town, WITH these individuals. They became more than a name and a problem they had--they became . . . human. Even those with monstrous secrets were three dimensional.

". . . It was human nature that in times of fear or sorrow, people leaned toward wanting to believe in something over nothing . . . even faceless, nameless gods behind a freestanding door in the woods . . . "

I could practically feel the opposing pull of emotions in many of the townspeople. Creating individuals that your readers will be thinking about long after the book is finished is a challenging feat, but Mary SanGiovanni pulls it off so smoothly that she makes it seem nearly effortless.

This is the second standalone book I've read with Kathy Ryan as a character, and while her background and occult "training" are still very much in the shadows, I found that she fit perfectly into this novel--her arrival more of a gentle "ripple" than a "wave". In BEHIND THE DOOR, her persona seemed very certain, and developed when she is called in to help the townspeople with the sudden problem with: ". . . them behind the Door." Even without knowing her personal history, I didn't feel that anything crucial was left out here. Rather, I felt that we were given the perfect amount of information to go on, without overshadowing the theme of the novel with excess content.

I think this is one of those rare novels that will stay with me for quite a while. I was certainly drawn to the well developed, complex characters, and the tense, frightening atmosphere brought about by the sudden, inexplicable changes besieging the town. However, the question of the very nature of "what" the town was up against, and the moral implications of what they had been doing--in secret--for centuries, are thoughts that I still find myself contemplating.

". . . Behind some doors are rooms hidden for good cause in places human beings were probably never meant to know about--rooms meant never to be entered-- . . . "

As for Kathy Ryan, she is an enigma all on her own. I am very pleased to hear that Mary SanGiovanni will be planning other novels that will incorporate this most fascinating character, as I can see that there is much potential to be explored here.

Overall, I felt this novel had an incredible blend of all of the elements I look for in a horror story. Added to this, we have a mystery that remains shadowed just enough so that our minds can have free reign over what we "think" or "imagine" it could be behind all of the turmoil. Part of the ingenuity here, I believe, is that we are NOT spoon-fed all the answers, but rather invited to participate in the speculation with the townspeople.

"There were some things worth surviving rather than changing . . . "

Shikhar Dixit
5.0 out of 5 stars A Feast of Horrors Both Natural and Supernatural
Reviewed in the United States on September 20, 2018
Verified Purchase
Mary SanGiovanni is back, and as has become common with each successive book, she has upped her game. This time she takes us to the semi-rural town of Zarephath, where generations of residents have come to rely on a secret source of wish fulfillment: The Door. It stands deep in the woods, in a cobblestone frame, with no apparent means of support. If one has a burning need to find something, lose something, or forget something, one writes a carefully worded letter (for the Gods behind the door are fickle and can make matters worse if one is not specific) and slides it beneath the gap between door and ground. One may only do so once in one’s life, and no letter can be reclaimed, no wish cancelled. Most importantly, one must never never never open The Door.

Enter Kari, a grieving mother who wishes to erase the pain caused by her daughter’s suicide. But after sliding her painstakingly-worded letter beneath the door, she realizes she is forgetting her daughter ever existed. She will do anything to get her letter back, and therefore commits the ultimate sin and opens The Door.

Soon the town’s residents, painted skillfully in Ms. SanGiovanni’s capable hands into a colorful mix of personalities and their sins, start to find their wishes rebounding on them.

Zarephath’s municipal elders, including an ex-cop with his own terrible secret, pull everyone together and make a plan: bring in an expert in the inexplicable — enter Kathy Ryan, occult investigator.

Kathy, like the residents of Zarephath, is rendered with depth and emotional clarity, and like the residents of Zarephath, is deeply flawed but still curiously lovable. Together, Kathy, her friend the ex-policeman, and a hodge-podge of unique characters (including a child molester) must confront their darkest deeds as well as a horde of monstrous beings from another dimension.

Behind the Door moves with thriller-novel pacing and literary character-building from the horrors of private sins to the horrors that stalk the sinners. She successfully addresses serious issues like domestic violence, addiction, and child abuse with honesty and compassion.

Ms. SanGiovanni takes some real risks here, and these risks pay off in spades in this extraordinary work of Cosmic Horror from an extraordinary storyteller.
Read more
3 people found this helpful
Helpful
Comment Report abuse

Amanda Bedingfield
4.0 out of 5 stars Great potential
Reviewed in the United States on March 3, 2020
Verified Purchase
**spoiler alert** This is the second installment of the Kathy Ryan series about an occult investigator (even though it says the first, Chills is technically the first one). She is brought to a town in Pennsylvania this time, to shut a door to another dimension that has stood in the woods of a small town for decades. In this one, Kathy doesn’t make an appearance until about half way through the book because the main focus is on the people of the town who have used the door. They have used it for reasons as sick as covering up crimes committed, to trying to dull the pain of a lost loved one. Her character design in this was amazing, she has you nearly upset for the loss over a child molester by the end. She really gives you a hard look into the mindset of people struggling with guilt and temptation. Nothing was sugar coated in this and I think that’s the most appealing thing in SanGiovanni’s novels, the harshness she brings into her writing. No one is really safe. Well, no one except Kathy….which I found to mean even more this time. In the first novel she appears in, Chills, she get’s into a car wreck that would have killed anyone. But not Kathy, no no, she walks away nearly unscathed. In this, Kathy comments on her ability to drink like a fish for years, and it have no negatively lasting effects. I think in this, SanGiovanni really hints at the idea something is protecting the agent, or she is something more powerful herself which is why she is in the line of work she is in. It’s an interesting over-arcing story line honestly. Gives a good spin to the numerous paranormal investigator type series. In summary, this was even better than the last, a hard 4 out of 5 stars at minimum. This author is a breath of fresh air, bringing a new element to a tired story about the end of the world.
Read more
One person found this helpful
Helpful
Comment Report abuse
See all reviews from the United States

D and J
5.0 out of 5 stars The written word is a powerful thing.
Reviewed in Canada on November 8, 2018
Verified Purchase
Perhaps there is some event in your life that you wish was not part of your past. It colours your present and prevents you from envisioning a future with any happiness. What if you could write that wish on a piece of paper, slip it under a door, and have it granted by some unknown force of nature? Would you do it?

It won’t surprise to to know that many people would. No matter the consequences. And there are always consequences.