Behind the Fire and millions of other books are available for Amazon Kindle. Learn more 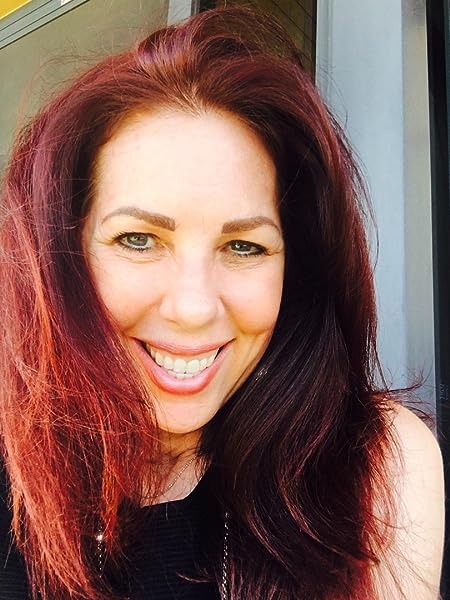 Start reading Behind the Fire on your Kindle in under a minute.

3.7 out of 5 stars
3.7 out of 5
96 global ratings
How are ratings calculated?
To calculate the overall star rating and percentage breakdown by star, we don’t use a simple average. Instead, our system considers things like how recent a review is and if the reviewer bought the item on Amazon. It also analyzes reviews to verify trustworthiness.
Top reviews

Karen B
4.0 out of 5 stars Surprisingly good despite unanswered questions
Reviewed in the United States on August 27, 2016
Verified Purchase
I received this book when the author offered it for free on Amazon.
I usually don't care much for novellas and short stories as they always leave so many unanswered questions. This story left me with fun questions to speculate. Even though I had questions, I still enjoyed it and although I hope the author might use this a prequel it was still a satisfying read.
Bobby and his wife are on trial for being "serial arsonists". Bobby found a list of places and times and curious he discovered that at that place and time strange shadow "creatures" appeared and could cause destruction. The only way one can be stopped is by burning it.
I liked to wonder who was the man who made the list and how did he know. What were the creatures and what were they really trying to do. Could they be from another planet? Or maybe from the future coming to warn us. I found this story delightful.
I did not care for the short story "Gone" included with the novella, but it was okay.

Judy Clay
4.0 out of 5 stars Behind the Fire, another gem from Susan May
Reviewed in the United States on July 5, 2016
Verified Purchase
Once again I find myself bowled over from the talent that is Susan May. I have been a fan of her work since I literary literally stumbled upon her work a couple of years ago. I have written reviews for her three volume work Back Again (three sets of six short stories each) and her wonderful novel Deadly Messengers.
She has been favorably compared to Gillian Flynn and called the new female Stephen King. Well, to me she is Susan May and soon other authors will be compared to her.
Crisp writing, twisting plots always keep you guessing. I find her more in the vein of Rod Serling and Richard Matheson. Any comparison just gives you a flavor of her craft.
Behind the Fire is a novella and quite a whirlwind. You really have no time to catch your breath as you follow Bobby as he discovers an alien crises that impacts all mankind and soon his loving wife, Em joins him in at first fighting, then understanding and developing empathy for the "vicious" creature that is causing a small town in Australia such havoc. If the creature(?) cannot be stopped what will happen to Australia and the rest of the world. Two normal, working, loving family members are somehow chosen to save the world. Or do they?
My only critique is the novella gets a bit bogged down about one-third into the fascinating story. But believe me this is minor criticism when we get totally enveloped by the story.
I admit to being an unabashed fan but not a zealot.I hope she thrills us for years to come. A true, unique talent in the suspense/supernatural/thriller genre. Get her books so you can be the cool kid on the block.
Read more
3 people found this helpful
Helpful
Report abuse

booklover
4.0 out of 5 stars HOW FAR WOULD YOU GO TO PROTECT YOUR FAMILY?
Reviewed in the United States on August 15, 2016
Verified Purchase
I am not normally a huge fan of horror. BUT ... this author's short stories are so well-written that I get deeply involved in the reading before I realize it. And one of my big enjoyments of her writing is that she also writes a story on how she came up with this particular idea.
In Behind The Fire, she took a story out of a newspaper headline and turned it into a fascinating story.

It starts with Emily and Bobby on trial for serial arson. As Emily testifies, she decides to tell the complete truth, no matter if anyone believes her or not. The story bounces back and forth between what she's saying now and then the bigger details that she's remembering.

This is a complete novelette, less than 200 pages. It's a fast, enjoyable read. It begs to answer the question ... how far would you go to protect your family, your neighbors, your community?
Read more
3 people found this helpful
Helpful
Report abuse

Leslie A.
5.0 out of 5 stars Author with a wonderful writing style!
Reviewed in the United States on April 9, 2018
Verified Purchase
Susan May has a wonderful way with words! Like her writing, have read most, if not all of her books.
Read more
One person found this helpful
Helpful
Report abuse

B. Baskett
5.0 out of 5 stars Excellent
Reviewed in the United States on February 18, 2018
Verified Purchase
This book was very interesting to me, and excellent, as well. The story is compelling, and seems like something that could actually happen. Definitely check this out!
Read more
Helpful
Report abuse

Book Eater
5.0 out of 5 stars Where's the Fire?
Reviewed in the United States on May 14, 2019
Verified Purchase
The way Susan May told the story was perfect! She grabbed my attention early by tapping into my curiosity. I couldn't put the book down! You won't be able to either to find out why fire is needed. The ending left me wanting a sequel.
Read more
One person found this helpful
Helpful
Report abuse

Just A. Reader
4.0 out of 5 stars Bold New Beginning
Reviewed in the United States on September 30, 2013
Verified Purchase
I discovered this first novella by Susan May by chance, stumbling around Amazon's kindle store. (Though I must confess I do interact with Susan through social media, she was not the one to even tell me she published her first book. I don't think she's told many readers or friends that she even published a book, and I hope more and more readers discover Behind the Fire.) It's a wonderful debut in the supernatural/horror genre. It has parts of Machen, Lovecraft, and even Koontz, but updated to a current situation in a small mining town in Australia. The idea for the story came from real life, a jumping off point to create a fictional world: the case of a couple who became serial arsonists (I remember hearing about that case in the news). The story begins in the middle of a trial, both arsonists being prosecuted for their horrible crimes, and the decision one of the arsonists makes to finally reveal the truth. So begins the book, and the tale of something dark that spurs two people to make insane decisions . . . or not. Just read it. It has the requisite dread. There's also a bonus short story at the end to cap off the book, and I enjoyed that short piece about a long-married couple and their love for each other through all the ups and considerable downs---how they stayed together is the heart of the tale.
Read more
2 people found this helpful
Helpful
Report abuse

AJ Murphy
4.0 out of 5 stars recommended
Reviewed in the United States on September 18, 2016
Verified Purchase
I enjoyed the ebb and flow ofthe book, and would recommend it.
Read more
One person found this helpful
Helpful
Report abuse
See all reviews

David Brian
5.0 out of 5 stars Twilight Zone Visits The Australian Outback!
Reviewed in the United Kingdom on November 16, 2016
Verified Purchase
Emily Jessup has always believed she has the perfect marriage. A mother of two young children, she acts as chief carer while Bobby, the husband she considers her soulmate, works hard covering variable hours at a rental depot on the outskirts of their hometown of Kalgarin - a red dust mining community in Western Australia.
However, over the course of these last several weeks, something has seemed 'off' with Bobby. Late night sojourns away from home, and not being at the places he claims to have been. As much as it pains her, Emily begins to suspect the worst. Is Bobby having an affair?

One evening, after Bobby is once again 'called away,' Emily decides to track her husband down and uncover the truth behind his actions. However, any relief at finding out her husband's loyalty to their relationship never wavered, it is quickly tempered by the revelation of what truly confronts their hometown. Fate has chosen Bobby to act as a savior to the people of Kalgarin. Their town, and maybe too the world, faces a threat of unknown proportions. Up until now he has chosen to fight alone, but the violence imparted upon these intruders was not without cost. Properties around Kalgarin lie in ruin, a result of Bobby's endeavors.
Now, even if Emily stands by her man, is there any chance of convincing their peers of the truth? An encroaching danger that may change their world forever.

As I said this is a novella, and it should be noted there is a substantial amount of filler material following the conclusion of Behind the Fire, including another solidly written bonus story titled 'Gone.' There is also an interesting chapter where Susan May explains her thinking in creating Behind the Fire. This was a fascinating examination of how real-life lends itself towards creating fiction.

Overall, an original and nicely crafted novella from an author with good writing chops. If you enjoy programs such as The Twilight Zone, or fancy reading some mystery and suspense in a style reminiscent of early Dean Koontz, then you could do far worse than picking up a copy of Behind the Fire.
Read more
One person found this helpful
Report abuse

Linda Todd
5.0 out of 5 stars Amazing book a gift from the author.😉
Reviewed in the United Kingdom on September 18, 2016
Verified Purchase
Amazing stories in one fabulous book enjoyed reading all the stories. Masterly put together in one amazing book this wonderful book I would be so delighted to recommend this wonderful book to all my friends. My heart's felt thanks to the amazing author Susan May for the utmost pleasure of reading this wonderful book a d will be reading more of her wonderful books in the future so to all happy, happy reading to you all from wee me.😄😆
Read more
One person found this helpful
Report abuse

Belle
2.0 out of 5 stars Teresa
Reviewed in France on October 4, 2016
Verified Purchase
No - not for me. I have to admit I skim-read this and couldn't wait to get to the end. Was terribly bored from about a quarter of the way in. I wouldn't call this a "dark thriller" in any way still..... if you like little green men from planet Mars or wherever.......
Read more
Report abuse
See all reviews