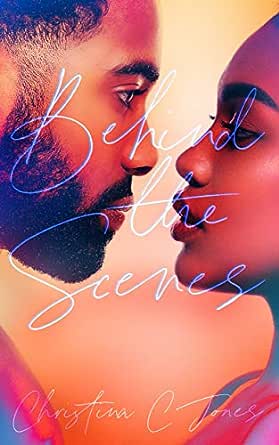 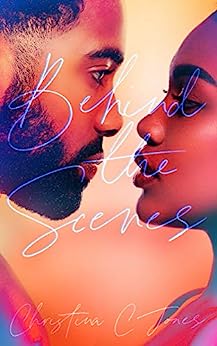 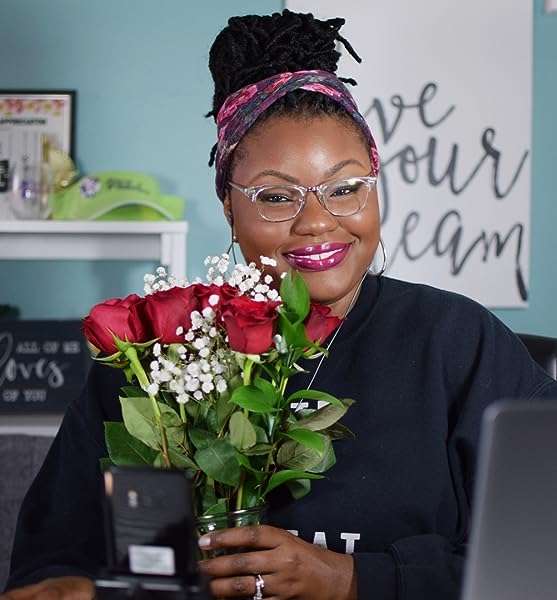 Behind The Scenes Kindle Edition

4.8 out of 5 stars
4.8 out of 5
457 global ratings
How are ratings calculated?
To calculate the overall star rating and percentage breakdown by star, we don’t use a simple average. Instead, our system considers things like how recent a review is and if the reviewer bought the item on Amazon. It also analyzes reviews to verify trustworthiness.
Top reviews

Your new favorite reviewerTop Contributor: Harry Potter
5.0 out of 5 stars A scene- stealer
Reviewed in the United States on September 29, 2020
Verified Purchase
Add this to your shelf. I’m not quite sure where else to start with Behind the Scenes, but that’s pretty important.

When Logan Byers agrees to take on a client as their executive concierge, she doesn’t quite know what she’s getting into. What she doesn’t fathom is that it would be Pierre Perry III, someone with whom she’s made a brief yet memorable acquaintance. Pierre is less convinced that he needs her as his babysitter as he takes on his role as showrunner for a semi-autobiographical short-run series on the WAWG network. What he quickly learns is that Logan is far more than a mere babysitter, as she quickly demonstrates how integral she is to his success both personally and professionally.

Pierre and Logan have a lot of similarities – they’re both from prominent families in their respective fields and have the weight of expectation on their shoulders. Logan, of the Byers, comes from an esteemed family of attorneys. She did a stint at the family law firm and has defied everyone by daring to step out of the role that’s been crafted for her. Pierre is the son of two film greats, both now deceased. He’s trying to break the image of a spoiled Hollywood brat who got into too much trouble with too much money, drugs, and alcohol.

Their work together is critical to Logan and Pierre breaking beyond what people expect as they step into their own. To that end, they’re both real people with flaws and all. It makes them relatable and I found myself never completing “liking” either. I rolled my eyes at some of their situations, cursed some of their decisions, but also found myself celebrating the wins they had.

Despite the “Hollywood” vibe, this is all happening in Las Vegas. Some of CCJ’s memorable characters from show-biz have cameos as family and friends, and add more perspective. The book presents the world behind the camera not only on a practical level but on a personal level as well. The good, bad, and ugly are here with commentary about entertainment, public consumption of media, and more.

Behind the Scenes is a substantial read, which I love from CCJ. I’m all about novellas, but nothing compares to being immersed in her literary world. I absolutely recommend it and am anxiously hoping some of the characters introduced make their way to the forefront of another book soon.
Read more
9 people found this helpful
Helpful
Comment Report abuse

Porscha Sims
5.0 out of 5 stars Incredibly Written
Reviewed in the United States on September 25, 2020
Verified Purchase
This story was so good! I loved the fact that they weren’t really sure what was going on but still really knew! The way they communicated and truly able to just trust the moments they were in was amazing to me. I loved how developed both characters really were. The way this was so real and relatable to life, I truly felt like this could be one of my friends telling me this story. Even though they were both in a transition in their lives they were able to fully grasp what was happening without it harming the relationship. The peek into the lives of the past characters was pretty awesome too. I loved getting to check up on so many people I loved to read about. The supporting characters were also fully developed and relatable as well. I will definitely add this book to the pile of rereads I have just from CCJ. She really is an incredible writer who can tap into the world which we live in as early to mid 30 somethings. I will forever be grateful to her for that!!
Read more
6 people found this helpful
Helpful
Comment Report abuse

Kindle Customer
5.0 out of 5 stars This may be my favorite book of the year
Reviewed in the United States on September 20, 2020
Verified Purchase
Behind The Scenes
Christina C Jones
⭐⭐⭐⭐⭐
Logan and Pierre are definitely couple goals! I appreciated everything about this journey. This was so much more than the classic colleagues to lovers story. Logan was so relatable: accomplished, attractive, independent, loyal, open for absorbing new knowledge/skills.... Ok, I have a girl crush. Pierre was just moody, attractive, talented and self aware; we can just call him bae. These two had so much depth. There was so much angst, definitely bouts of inner struggle, but still the overall journey was a lighthearted boy meets girl and they fall in love. He came for her, she was out of character for him. And the sex!!!!!!! From the first encounter it was hot like fire! I took my time and loved everything about this book!
Read more
5 people found this helpful
Helpful
Comment Report abuse

WSErykah
4.0 out of 5 stars On Screen & Off Screen Love Story
Reviewed in the United States on September 22, 2020
Verified Purchase
Logan and Pierres romance tied into the TV series Pierre was producing. It’s crazy how the met but even crazier how they slowly became a couple when both knew they liked and grew feelings for one another. I liked Logan when it came to her speaking up for herself to her parents or even jealous Sienna, I just wish when it came to Pierre early on that she would have stated her feelings because even when the public found out them 2 being an item she didn’t care so much. This book was decent, it had moments for me where I didn’t want to stop and moments I had to speed read to get past the slow parts. Regardless I loved that there were long chapters and you really do walk away being able to give a summary from the first chapter to the last.
Read more
4 people found this helpful
Helpful
Comment Report abuse

Nicole Reads a Lot
5.0 out of 5 stars Swoonworthy!
Reviewed in the United States on September 18, 2020
Verified Purchase
Christina C Jones never disappoints. Like, never. Logan and Pierre are goals. They were each interesting, complex, complete people who improved the life of the other. It was a treat to see how they worked through their major issues together and individually, and functioned as a unit even before they realized what they meant to each other. There was a lot of noise in their lives but their commitment to being upfront and willingness to work for what they wanted was almost as sexy as their super hot love scenes! Just kidding, nothing is that sexy.

This is an absolute winner of a book and I am high key upset that we'll never get to see One Day Sober, because that show sounds super entertaining. I don't have much patience for television shows, but I suspect that if I could watch something that Logan got her hands on, I would actually make it through more than one episode.

Buy this book, yesterday. You will not regret it. Behind the Senes is a beautiful escape from a world that is basically a literal dumpster fire at this point, but it would still be an awesome read even if everything wasn't the actual worst.
Read more
3 people found this helpful
Helpful
Comment Report abuse
See all reviews

Suzette DC-A
5.0 out of 5 stars You have to read this!
Reviewed in the United Kingdom on September 25, 2020
Verified Purchase
I have read Mrs Jones’ books for over 4 years and I keep meaning to write reviews and I never do. During lockdown, her books were like a blanket on a cold night, comforting and warm. I reread all them all. I’m always excited when she announces a new project.

This book was like all her work, rich with compelling characters and a well-paced plot.

P3 and Logan were complex relatable characters with complicated situations and contradictory emotions which made them act contrarily, at times. I loved the insight into how a screenplay is developed into a tv show.

As always, I wanted to befriend these beautiful people and inhabit their world and for a few hours, I did escape to a wonderfully crafted place. Loved when characters from previous stories popped up – like unexpectedly seeing old friends and also had me going back to re-read their stories.

Its Friday and cold, windy and wet in much of the British Isles – you need a blanket – you need this book.
Read more
Report abuse

Lakier
5.0 out of 5 stars Just get the book!!
Reviewed in the United Kingdom on September 21, 2020
Verified Purchase
I loved everything about this book. This author has no limits. Each new book is an improvement and I don’t even understand how if they’re all amazing. Pierre is not an alpha and he didn’t need to be, he and Logan were just right for each other and not even knowing it.
Read more
Report abuse
See all reviews