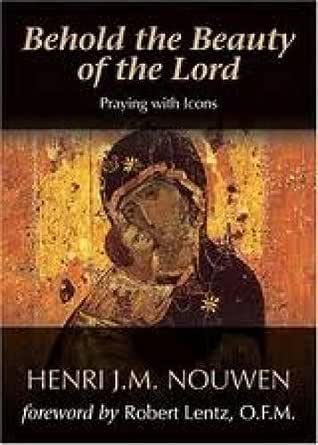 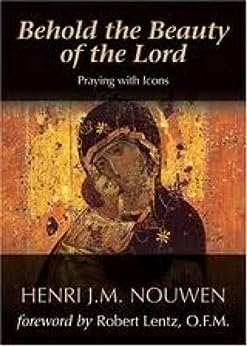 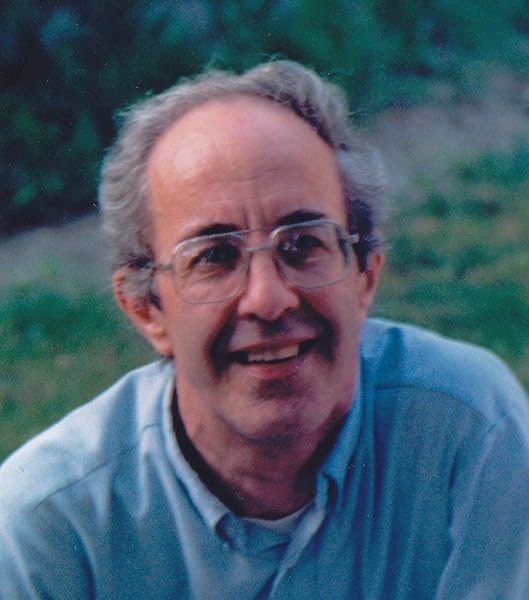 Behold the Beauty of the Lord: Praying With Icons Kindle Edition

Henri J. M. Nouwen is one of the most popular spiritual writers of our time. He wrote more than forty books, among them the bestselling Out of Solitude. He taught at the University of Notre Dame, as well as Yale and Harvard Universities. From 1986 until his death in 1996, he was part of the L'Arche Daybreak community in Toronto, where he shared his life with people with mental disabilities.

Robert Lentz, O.F.M., a Franciscan friar, is one of the best-known contemporary icon painters in North America. His work has been shown around the world, has appeared on the covers of many books and magazines, and is featured with the text of Joan Chittister's book, A Passion for Life: Fragments of the Face of God. He lives in Silver Spring, Maryland. --This text refers to an alternate kindle_edition edition.

Henri J. M. Nouwen, who wrote more than 40 books, remains one of the most popular spiritual writers of our time. This paperback is a revised version of a volume released in 1987.

We are assaulted by images in a society where consumerism comes at us through posters, billboards, television, movies and store windows. But icons are a different thing completely. Nouwen presents meditations on four icons: the icon of the Holy Trinity, the icon of the Virgin of Vladimir, the icon of the Savior of Zvenigorod, and the icon of the Descent of the Spirit:

Icons are a part of the sacred liturgy of the Eastern Orthodox Church and are used in worship services. Nouwen points out that they do not excite our outer senses but speak to our heart. Those who gaze at icons as a spiritual practice believe they draw closer to God in the process. Nouwen presents substantive spiritual analysis of the icon of the Holy Trinity, which he sees as a pathway into the Mystery of God's self-revelation. The icon of the Virgin of Vladimir is an invitation to enter the divine milieu with gratitude and joy. Nouwen sees in the eyes of the icon of the Savior of Zvenigorod a revelation about the mystery of the Incarnation. And, finally, in the icon of the Descent of the Holy Spirit, he feels a celebration of the power and meaning of community. Nouwen concludes:

"Working on these meditations has been a great delight. Praying became writing and writing became praying. More energy was granted than consumed in the process. I fervently hope that you who read these meditations will experience some of this same delight, and thus deepen your desire to behold the beauty of the Lord expressed in these holy images." --Frederic and Mary Ann Brussat, spiritualityandpractice.com --This text refers to an alternate kindle_edition edition.

This book cannot be recommended enough, and a huge benefit is that the language is clear, concise, and to the point. This is not like other heady religious books.

Shari Jackson Monson
5.0 out of 5 stars A guide to praying with icons
Reviewed in the United States on December 10, 2019
Verified Purchase
Nouwan opens up the world of iconography to a beginner interested in learning about the history and practice of praying with icons. Easy to follow. Kindle version offers beautiful digital images of the four icons for the reader on-the-go.
Read more
One person found this helpful
Helpful
Comment Report abuse

albert l adams
5.0 out of 5 stars It's Nouwen again...
Reviewed in the United States on February 22, 2013
Verified Purchase
I've never read anything by Nouwen that I didn't like. I have been to Eastern Europe several times, and each time, tried to purchase an icon or some religious artifact to remember my trip by. I had seen Orthodox Christians praying with Icons (not praying to, mind you...praying with), and wanted a better understanding of the practice. Nouwen writes that they are to be used like windows into heaven, not as base objects to be worshiped. Nouwen actually takes several icons and explains the meaning behind them (such as the empty space at the table in Rublev's "Trinity") in order to help the reader learn to focus on certain aspects of faith. Offers clarity to the practice of praying with icons. A good companion piece to Linette Martin's "Sacred Doorways".
Read more
4 people found this helpful
Helpful
Comment Report abuse

NCmd
5.0 out of 5 stars Fabulous book: Kindle version look for colored icons just after the cover photo
Reviewed in the United States on March 10, 2018
Verified Purchase
Fabulous book but beware the color version of the 4 icons are in the book right after the cover and are not specified in the Table of Contents. The chapter versions are in black and white which are NOT helpful for the full experience.
Read more
One person found this helpful
Helpful
Comment Report abuse

Phyllis Supancheck
5.0 out of 5 stars great book
Reviewed in the United States on May 25, 2019
Verified Purchase
We studied the icons which Nowen further described and wrote a reflection
Read more
Helpful
Comment Report abuse

Elizabeth Heidler
5.0 out of 5 stars Behold the Beauty of the Lord; Praying With Icons
Reviewed in the United States on January 5, 2013
Verified Purchase
Exactly that for which I was looking; a small yet mighty book by a favorite author on a subject of great interest. This is well thought out, the icon's researched, studied and as understanding and spiritual insights were expanded, adimiration grew and the icons became treasured and loved. The author shared his inspiration and explanations with warmth, wisdom and clarity.
Read more
4 people found this helpful
Helpful
Comment Report abuse

Joan Barnes
5.0 out of 5 stars An Inspirational Read!
Reviewed in the United States on November 14, 2013
Verified Purchase
This is a beautiful book to read if you have an interest in the beautiful icons and the meaning behind them. Perhaps you have seen these icons in Catholic and Orthodox churches here and abroad, icons are a Liturgical Art, and have significant meaning behind each step in the painting process. The author has done a beautiful job of explaining the meaning as he sees it with each of five icons. It is a beautiful book to own.
Read more
2 people found this helpful
Helpful
Comment Report abuse

Kathryn E. Wrobel
5.0 out of 5 stars Beautiful book
Reviewed in the United States on July 19, 2016
Verified Purchase
Love this book re how to pray with icons... but was disappointed with this new publication format... The original was much more expressive of the purpose of Nouwen's book...
Read more
3 people found this helpful
Helpful
Comment Report abuse
See all reviews

C Horattides
5.0 out of 5 stars Icons, representations of the divine, pictures of humanity
Reviewed in the United Kingdom on August 30, 2013
Verified Purchase
This is my first Henri Nouwen book, I have read it as a preparation to taking part in a service about silent prayer. This is not a book of dry explanation of the symbolism of icons. Nouwen takes four well known icons and offers a meditation on each one, showing how we as individuals but mainly as 'humanity' we can see ourelves in the image. He does this by explaining how his long association with the particular icons has helped and transformed his own prayer life. Using the traditional interpretation of the symbolism he reads clearly and with love the form, gesture, eyes and general composition to explain how, through the icon God reaches out to us and how humanity can move closer to God's presence. In this book Nouwen offers a precious gift to those who long to look beyond the art into the heart of heaven.
Read more
4 people found this helpful
Report abuse

Janita
5.0 out of 5 stars An excellent introduction to the reading of icons
Reviewed in the United Kingdom on August 9, 2019
Verified Purchase
A beautiful , thought provoking and spiritually uplifting book. How much I did not realise about icons. 4 icons cards for the reader to sit with. Highly recommended.
Read more
Report abuse

Steven
5.0 out of 5 stars A wonderfully insightful book
Reviewed in the United Kingdom on March 3, 2014
Verified Purchase
This is recommended. Looking at four icons, Nouwen explains their meaning and gives a personal insight into their effect upon him. I found it encouraging, illuminating and stimulating. The author's style is fluid, easy to read, sympathetic and knowledgeable.
Worth getting as an introduction to iconography and for unfolding the deeper meanings in such images.

Moro London
5.0 out of 5 stars Brief introduction to reading Icons
Reviewed in the United Kingdom on February 28, 2019
Verified Purchase
Really appreciated the comments about the Rublev Icon which was one of the reasons for buying the book.
Read more
Report abuse