Sold by: Blackwell's U.K. *dispatched from UK*
Have one to sell?
Sell on Amazon 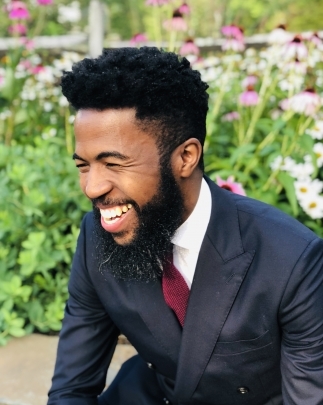 Being Property Once Myself: Blackness and the End of Man Hardcover – May 12, 2020

“A tremendously illuminating study of how black writers wrestle with black precarity. Bennett’s refreshing and field-defining approach shows how both classic and contemporary African American authors undo long-held assumptions of the animal–human divide.”―Salamishah Tillet, author of Sites of Slavery: Citizenship and Racial Democracy in the Post–Civil Rights Imagination

“Bennett writes so beautifully that it hurts. Imagine a world of animals―rats, cocks, mules, and dogs―that prompt renewed ways of seeing, thinking, and living beyond cages or chains. These absorbing, deeply moving pages bring to life a newly reclaimed ethics, and black feeling beyond the claims of property or propriety.”―Colin Dayan, author of With Dogs at the Edge of Life and The Law Is a White Dog

“Being Property Once Myself is destined to be an event. Exhilarating and original, it is as much a work of literary history as it is of literary theory, as much a poetic invocation as it is critical intervention, and as much about animals as it is about people, elegantly uniting the many singularities that constitute, collectively, black literary culture.”―Akira Mizuta Lippit, author of Electric Animal: Toward a Rhetoric of Wildlife

“This trenchant work of literary criticism examines the complex ways 20th- and 21st-century African American authors have written about animals. In Bennett’s analysis, Richard Wright, Toni Morrison, Jesmyn Ward and others subvert the racist comparisons that have ‘been used against them as a tool of derision and denigration.’…An intense and illuminating reevaluation of black literature and Western thought.”―Ron Charles, Washington Post

Joshua Bennett is the author of The Sobbing School, winner of the National Poetry Series and a finalist for the NAACP Image Award. He has received grants and fellowships from the National Endowment for the Arts, the Ford Foundation, and MIT, and was a Junior Fellow in the Harvard Society of Fellows. He is the Mellon Assistant Professor of English and Creative Writing at Dartmouth College.