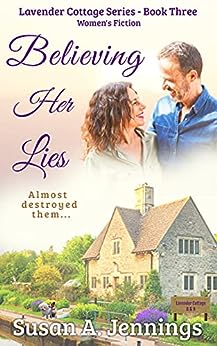 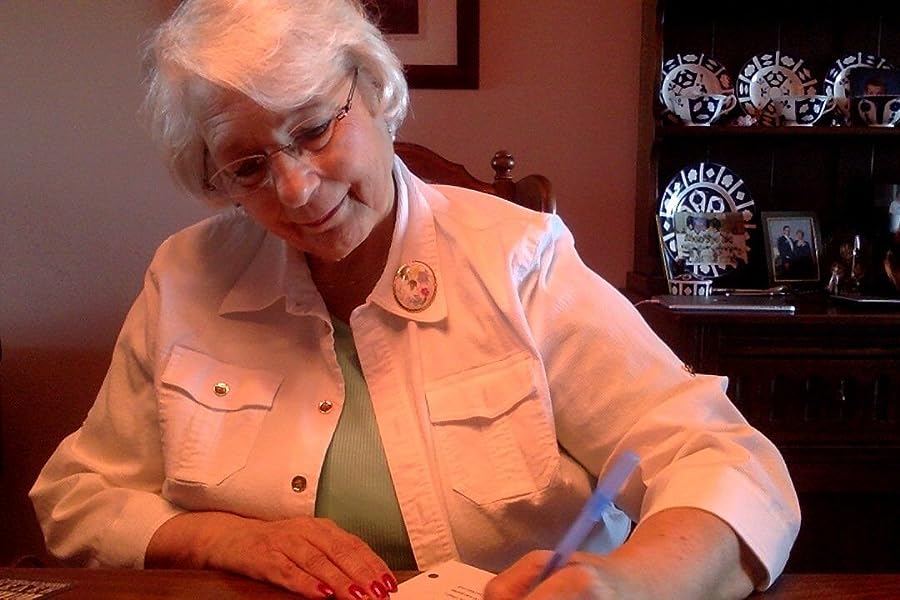 by Susan A. Jennings (Author) Format: Kindle Edition
Book 3 of 4: The Lavender Cottage Series
See all formats and editions
Sorry, there was a problem loading this page. Try again.
He finally slipped the ring on her finger and Katie couldn’t be happier with her new life. Will sharing an Easter celebration dinner with an old acquaintance suddenly change everything? Katie Saunders is amazed at the success of her B&B, nestled by the water in a quaint British village. Embracing her new life, she puts her devastating past behind her and dares to love a handsome and often secretive doctor and narrowboat owner. A second chance at love for them both, and blissfully happy, they cruise the waterways and plan their wedding.When a suspicious, known but unwanted guest arrives at the B&B, rumours and innuendos cast dark shadows on the couple’s future. A spiral of lies threatens vulnerable Katie, the good doctor’s integrity and challenges the depth of their love. Will Katie rise above the jealous lies and recapture happiness, with the love of her life?
Read more
Previous page
Next page

Susan A. Jennings was born in Britain of a Canadian mother and British father. Both her Canadian and British heritages are often featured in her stories. She lives in Ottawa, Canada where she writes, historical fiction always with a love story and contemporary romance. Susan is also the current president of the Ottawa Independent Writers (OIW) --This text refers to an out of print or unavailable edition of this title.

Susan A. Jennings was born in Britain of a Canadian mother and British father. Both her Canadian and British heritages are often featured in her stories. The Sackville Hotel Trilogy is a trans-Atlantic saga and love story; a perfect example, of her dual heritage. The Blue Pendant Book 1, Anna's Legacy Books 2 and Sarah's Choice Book 3 The prequel Ruins in Silk a novella, was written as a prequel to the trilogy and is also the prequel to her new Sophie Series. Prelude to Sophie' War Book1 is set in London during WW1. Susan loves to intertwine her stories, even though the books can be stand alone. Places and lovable, and some not so lovable, characters pop up in different books. Sophie Romano is one of Susan's favourite characters, once a maid at the Sackville Hotel she's now a nurse in training preparing to go to war.

Susan began to take her writing career seriously after writing her memoir, 'Save Some For Me' about the serious side of marital abuse, lightened by her hilarious misadventures of a single mother of five children.

Susan’s preferred genre is historical fiction as long as it has a love story. But, last year she ventured into a new genre, contemporary romance, clean wholesome romance, about ordinary people falling in love, The Narrowboat Romance Series, set in a quaint English village beside a canal marina. When Love Ends Romance Begins and Christmas at Lavender Cottage were published last year and several books to come

Kindle Customer
3.0 out of 5 stars Love stories set in England. But this is almost book 2 all over again.
Reviewed in the United States 🇺🇸 on September 28, 2022
Tiring to read the main character's same insecurities over and over again as in book 2.
This could have been a bestseller with the parts about the cottage, canal, etc.
*** still needs a much better proofreader.
Read more
Helpful
Report abuse
See all reviews
Report an issue
Does this item contain inappropriate content?
Report
Do you believe that this item violates a copyright?
Report
Does this item contain quality or formatting issues?
Report