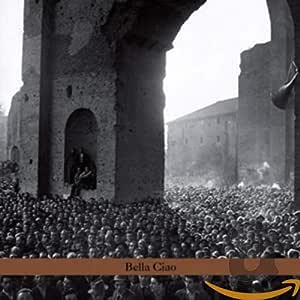 Share
Listen Now
Go Unlimited
Start your 30-day free trial
Your Amazon Music account is currently associated with a different marketplace. To enjoy Prime Music, go to Your Music Library and transfer your account to Amazon.com (US).
Have one to sell?
Sell on Amazon

Drawing upon ancient Roman Jewish melodies and incorpo- rating resistance poems by Pasolini and Alfonso Gatto, Dan Kaufman has put together a powerful and touching homage to the Italian Resistance during the period of Nazi occupation after the fall of Mussolini. Using the members of his band Barbez, including the brilliant virtuoso Pamelia Kurstin and guest vocalists Dawn McCarthy and Fiona Templeton, this is a stunning suite of music from the mastermind who brought you Force of Light in 2007.

Rushmore
5.0 out of 5 stars Stunning
Reviewed in the United States on September 20, 2013
Verified Purchase
OK, a Brooklyn rock band channeling melodies of the Roman Jewish WWII Resistance - I didn't have anything else like that in my collection. I heard snippets of this album on NPR and bought it on a whim. I think the music is gorgeous. I really hate to try to categorize it in any way, but I will say it occasionally sounds Spaghetti-Western and never sounds Klezmer to me. Among the instruments you will hear are theremin, violin, piano, clarinet, keyboards and some awesome drumming. Some of the music has a bit of a rock sensibility, some of it sounds classical or rootsy.

A couple of the songs include Resistance poetry recited by Scottish poet Fiona Templeton. The title track is a soaring Resistance anthem, with searing vocals by Dawn McCarthy.

I recommend you either purchase the CD so you can have the liner notes, or check out the notes on the Barbez website...but first, listen to the album all the way through, to get the impact of the music without the full context. Then read about Dan Kaufman's visit to Rome in 2009 to research Roman Jewish music. On my second listen, understanding more about the history and significance of these melodies, I was moved to tears. After that, I wanted to listen a third and fourth time - at this point it is the best album of 2013 in my opinion, and I just want to listen to it all the time. This music touches me deeply. Most highly recommended.

verificationist
5.0 out of 5 stars Haunting, gorgeous, epic
Reviewed in the United States on May 6, 2014
My favorite thing about this record, apart from the singular history of the community it honors (Rome's Jews are the city's oldest continuous residents; they came to Rome more than two thousand years ago, before the destruction of the Temple; they are distinct from both Ashkenazi and Sephardic Jews; also, they seem to have created some bad-ass music) is the incredible distance it covers musically and emotionally. One moment it is grave and haunting, another joyous and playful, then serene, then agitated, then plaintive, then epic. And somehow all this comes together in a way that feels indivisible, and indispensable. This is not a simpleminded record where you can count on a refrain coming through every minute or so. And yet, it's absolutely rocking, and just so very beautiful, and brimming with feeling. The kind of record you sit transfixed by until you realize it ended several minutes before. And you want to start again from the beginning.
Read more
7 people found this helpful
Helpful
Comment Report abuse
See all reviews from the United States