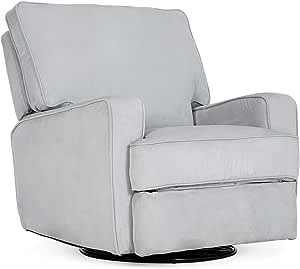 A STORY OF EXCELLENCE

Our company grew from a desire to modernize the furniture industry.

Creating an easy experience for the modern family.

Whether what you are looking for is a simply designed cabinet to redecorate your kitchen or a new desk for your husband's office which still needs to look nice, or even if you are just browsing furnitures for fun. You will be able to shop just what you pictured in mind, and all in one store, It is our goal to provide the best furniture shopping experience, for those who seeks for elegantly modern home.

Complete your home office with unique and modern sofa chair. The beautiful walnut finish on wood veneer gives the look and feel of real wood and pairs with the angled real wood legs for a trendy mid-century modern look. The square table top can hold your coasters, snacks and electronics and features a rounded edge to add to the mid-century modern charm. The shelf can organize books and magazines to keep your table top clutter free.

Turn your master bedroom into a relaxing getaway with Belleze’s Bedroom collection furnitures. Your bedroom is not just a place for sleeping and dressing, but it is also your own personal sanctuary within the home. Whether you've just moved into a new home or are looking to redecorate, your finished bedroom should make you feel relaxed and comfortable and reflect your unique style.

Moving in to a new home? Updating your living room? Shop for modern and classic living room furnitures from Belleze Living Room Collection and get full of decor ideas. Find stylish home furnishings and decor inspirations. Whether your space is large or small, these cozy living room furnitures will help create a warm and inviting environment to be enjoyed all year-round.

The Swivel Gliding Recliner by BELLEZE is the ultimate in living room and nursery room seating. With comfort features such as a reclining mechanism and a supportive spring core foam-filled seat, you will love spending even more time relaxing or in the nursery tending to your child. The hidden easy-pull reclining mechanism can be pulled out and tucked back in between the seat and armrest, making it out of sight yet within easy reach. Simply pull on the reclining mechanism, and let go at the preferred reclined position for a truly personalized and comfortable seating setting.

NOTE:The digital images we display have the most accurate color possible. Due to differences in computer monitors, we cannot be responsible for variations in color between the actual product and your screen.

3.9 out of 5 stars
3.9 out of 5
116 global ratings
How are ratings calculated?
To calculate the overall star rating and percentage breakdown by star, we don’t use a simple average. Instead, our system considers things like how recent a review is and if the reviewer bought the item on Amazon. It also analyzes reviews to verify trustworthiness.

MJ's mom
4.0 out of 5 stars Two part review
Reviewed in the United States on June 11, 2018
Color: GreyVerified Purchase
So first, let me say that the chair looks exactly like it looks online. We bought 2 for our sitting area off the kitchen, they aren’t huge(we didn’t want huge) but they are quite roomy. They are classic looking instead of looking like big, overstuffed chairs that belong more in a man cave(but my husband loves them). The fabric is soft, thick and I feel, will wear well. They were packaged perfectly, covered completely in a white cover that protected them from being stained while in storage and being shipped. They were SUPER simple to put together, except what I mention below. They are incredibly comfortable, easy to recline, they rock/glide/swivel smoothly and will recline almost flat, which is nice.
HOWEVER...
The first box I opened, there was a fabric covered piece of wood that was hanging out of the bottom, clearly it wasn’t supposed to be “hanging there.” I finally found where it was supposed to be attached, found the missing screw and with great difficulty, screwed it back in where it was supposed to be attached(very tight area due to the inner workings of the chair). I then looked around where the round metal foot is, there was a big pile of TINY little metal balls that were coming, I assume, from the metal foot of the chair. Along with these to things, there were MANY screws/joints in the bottom that were rusted to the point of being bright orange. I realize that no one is going to look underneath the chair but it was worrisome because at the time I, of course, hadn’t sat in it yet, so I was afraid with all the rust that it would squeak or not move as fluidly and/or it had been exposed to wetness or humidity at some point. Pictures attached of all of the above. The second chair I opened, was in PRISTINE condition. No rust, all parts were attached correctly and both were super easily to put together. I put them together alone, my husband was at work, thank goodness, some things are easier without a lot of commentary and he is the king of commentary(haha). I was torn to not give 5 stars because they are beautiful, comfortable, heavy duty and just sharp looking but the rust and having to actually finish something that should have been done during the manufacturing process is a little disappointing.
I would still highly recommend the chair.

Kels
1.0 out of 5 stars Don’t buy if you want to recline.
Reviewed in the United States on February 6, 2019
Color: GreyVerified Purchase
Awful!! And customer service with this company is making a return extremely difficult on a faulty product. Unless you have someone home to assist you in putting the footrest down this recliner serves no point in having the recline position. That is the only reason I bought this chair too. I am fairly fit , average woman, it is nearly IMPOSSIBLE for me to put the footrest down. Which means if someone isn’t home to put it down , I can’t get out. Especially not with a newborn! No idea why this is geared towards a nursery.
Read more
16 people found this helpful
Helpful
Report abuse

Christine M.
2.0 out of 5 stars Reclining feature disappointing
Reviewed in the United States on July 16, 2018
Color: GreyVerified Purchase
The has just the right look, swivels and rocks, and is comfortable enough but when it comes to reclining it’s no good. The foot rest kicks out forcefully and takes some serious force to get it back in (not what you want if your purpose for the chair is soothing a baby to sleep). Also once the foot rest is kicked out you can push back to recline but you have to hold it there or the chair will sit right back up. Not at all relaxing. If it weren’t such a pain to return I would
Read more

Daniel G
2.0 out of 5 stars Noisy rocker!
Reviewed in the United States on January 23, 2019
Color: GreyVerified Purchase
Two stars for the comfort and look of this chair. BUT this is the noisiest chair in the history of chairs. I was looking for a neutral color that rocked and reclined as well as being comfortable enough to snuggle our sweet baby as long as we wanted to. Luckily, my little one is now 11 months and use to it so he doesn’t mind much, but we have tried greasing it and it still makes an enormous amount of noise. It has gotten worse with time- it has only been about 6 months. Not cool for a nursery chair!! Wish I could post a video... edited to add that after posting my review I was contacted by amazon to direct me to the manufacturer for my warranty and replacement. They told me a new rocker would be sent out after emailing and providing videos and proof. My gut told me it was too good to be true... I was right. No replacement rocker has shown up. Maybe I should take away a star?!
Read more
13 people found this helpful
Helpful
Report abuse

Bethany L.
4.0 out of 5 stars Better than expected
Reviewed in the United States on June 2, 2020
Color: GreyVerified Purchase
Reading the reviews I was a bit sceptical. It was super easy to put together took a whole 2 minutes. Soft material. Swivels and rocks great no problems there. I use it to rock my 2 month old. Ive been using it for a month now. It is hard to get the recline position put up...there is a trick to it though once you get it, its easy. I rarely use it in the recline position but when I do to put the bottom down I get it in position with my feet and dont close it all the way shut until im stading up and finish the job with my calves. Not sure if I worded that correct but dont try and put you back out trying to force shut hard while in the chair. Just put it down enough to be able to stand up out of it and then finish the job once your up! And if your not top heavy its hard to stay reclined you have to hold yourself back.
Read more
5 people found this helpful
Helpful
Report abuse

Alan Auerbach
5.0 out of 5 stars Excellent Value, Solid, Well Operating, Comfortable
Reviewed in the United States on November 4, 2018
Color: BeigeVerified Purchase
Chair is solid; mechanism is quiet and operates smoothly. Assembly is simple (I cannot figure out the thin flap that seems is supposed to cover the back-cushion zipper but it is out of sight anyway). Cushions are firmer than on the Pulaski Birch Hill chair that it replaced (the Pulaski mechanism broke after less than 18 months and Pulaski is unreachable for service), but I like the firmness. The only "complaint" would be that I would prefer a higher back so that I can rest my head when reclined. However, adjusting my position in the chair and/or using a small pillow works well. Some people (including my wife) complain about the force needed to close the footrest. This is a feature of all chairs with a spring-loaded foot rest. If your legs are not strong enough, you should consider either an electric recliner (we have one for my elderly father) or a lever-operated footrest. For me, this footrest is comfortable and not at all difficult to close. (Timing is everything. Price is down by $4.00 since I purchased the chair on 21 October.)
Read more
3 people found this helpful
Helpful
Report abuse
See all reviews
Shop products that look good together 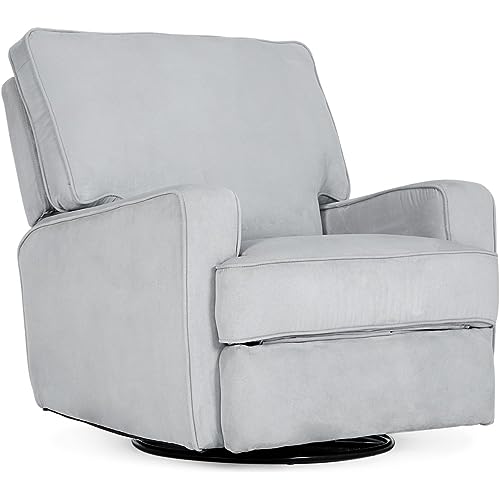