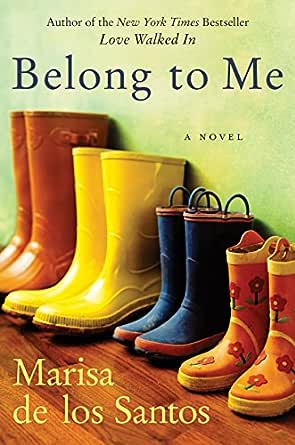 You've subscribed to Love Walked In Series! We will preorder your items within 24 hours of when they become available. When new books are released, we'll charge your default payment method for the lowest price available during the pre-order period.
Update your device or payment method, cancel individual pre-orders or your subscription at
Your Memberships & Subscriptions 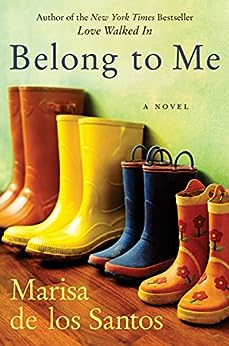 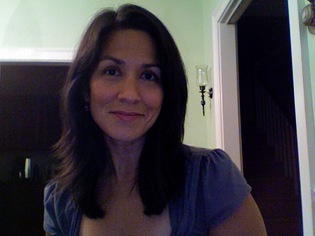 Belong to Me: A Novel Kindle Edition 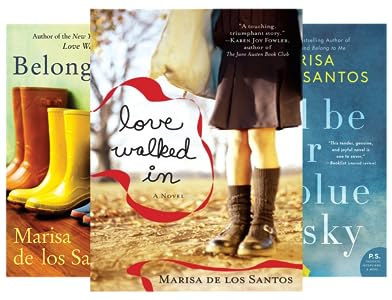 Cornelia Brown, heroine of de los Santos's bestselling Love Walked In, returns in a gracefully written if formulaic sophomore effort. Cornelia and her husband, Teo, move to suburban Philadelphia, where she finds it difficult to fit into the sorority-like atmosphere. Despite a bevy of domestic dramas (planning a family among them), Cornelia's first-person chapters are the quietest of the three points of view. Seemingly shallow and vicious, neighbor Piper shows her kinder side as she struggles through her best friend's fight against cancer. Though the extreme of Piper's two-facedness isn't convincing, her moments of sincerity invite genuine empathy. Cornelia also yields narrative time to Dev, a precocious teenager whose father is missing and whose mother develops a friendship with Cornelia. Dev's connection to the story is initially unclear, though he does grow close to Clare, a troubled teenager with an unconventional connection to Cornelia, and a late-breaking development grounds his role more firmly. Though each story line is a good read on its own, they don't always braid nicely, and while the predictable plot wanders into sappiness, the prose is polished and the suburban travails are familiar enough that fans of the women's fiction and higher-brow mommy lit will relate. (May)
Copyright © Reed Business Information, a division of Reed Elsevier Inc. All rights reserved. --This text refers to the paperback edition.

Cornelia Brown and her husband, Teo, introduced in LOVE WALKS IN, move to the suburbs to find a more relaxed lifestyle and start a family. As they settle in, they make friends, take the pettiness of others in stride, and stumble into the middle of important secrets, one of the biggest of which has Teo at the center. Julia Gibson is an easygoing storyteller who gives the impression of describing events in which she has had a direct part. She is sensitive to the emotion of the characters without overstating it. Her presentation of dialogue and her transition to narrative passages are smooth and well paced. J.E.M. © AudioFile 2008, Portland, Maine-- Copyright © AudioFile, Portland, Maine --This text refers to the paperback edition.

Cornelia Brown surprised herself when she was gripped by the sudden, inescapable desire to move to the suburbs with her husband. Her mettle is quickly tested by her impeccably dressed, overly judgmental neighbor Piper Truitt—the embodiment of everything Cornelia feared she'd find in suburbia. With Lake, another recent arrival, Cornelia shares a love of literature and old movies—as she forms an instant bond with this warm yet elusive woman and her perceptive, brilliant young son Dev.

Acclaimed bestselling author Marisa de los Santos's literary talents shine in the complex interactions she creates between three unforgettable women, deftly entangling her characters in a web of trust, betrayal, love, and loss that challenges them in ways they never imagined.

Marisa de los Santos is a New York Times bestselling author and award-winning poet with a PhD in literature and creative writing. She lives in Wilmington, Delaware, with her family.