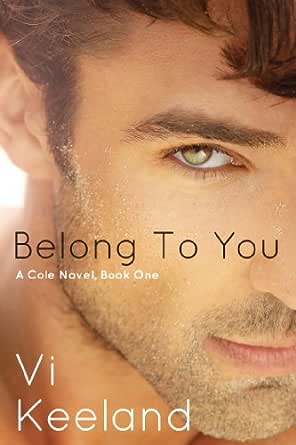 You've subscribed to Cole series! We will preorder your items within 24 hours of when they become available. When new books are released, we'll charge your default payment method for the lowest price available during the pre-order period.
Update your device or payment method, cancel individual pre-orders or your subscription at
Your Memberships & Subscriptions
There was an error. We were unable to process your subscription due to an error. Please refresh and try again. 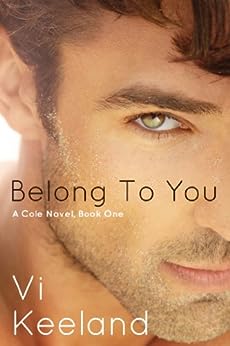 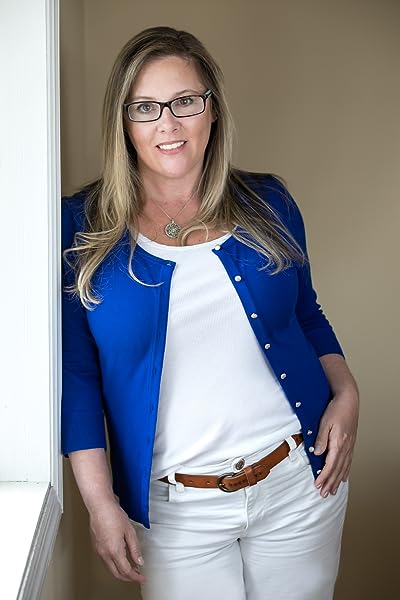 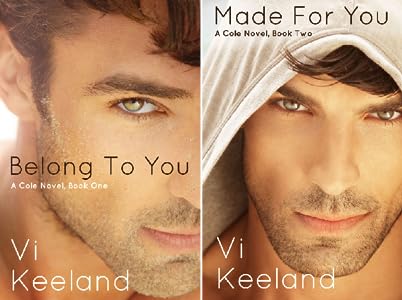 "COM.PLETE. LY. MOUTH. WATERING! *giggles* As you all know, I'm a sucker for a hot,domineering fictional man and Jack fits that to a T! His character was just soendearing and well developed and he just stole my heart right along withSyd's. This is an amazing love story, with great characters and some HOTsex."    -living-fictitiously.blogspot.com

"ViKeeland brings all my favorites to book one of this new series. There is lust,angst, sadness and heartbreak, mystery, sex and steam. This book delivers somuch more than the synopsis let's on. I was scared it would be about aweek-long affair that gives you an immediate HEA. But I was WRONG!  Thisstory starts with an affair but the true story runs so much deeper."    - reviewenthusiast.blogspot.com

Vi Keeland is a #1 New York Times Bestselling author. With more than a million books sold, her titles have appeared in over fifty Bestseller lists and are currently translated in eight languages.  She lives in NewYork with her husband and their three children where she is living out her own happily ever after with the boy she met at age six.
Read more

4.4 out of 5 stars
4.4 out of 5
489 global ratings
How are ratings calculated?
To calculate the overall star rating and percentage breakdown by star, we don’t use a simple average. Instead, our system considers things like how recent a review is and if the reviewer bought the item on Amazon. It also analyzes reviews to verify trustworthiness.
Top reviews

BookAddict15
1.0 out of 5 stars Drivel
Reviewed in the United States on February 16, 2018
Verified Purchase
That was one of the worst books I’ve ever read. Spoiler: we are supposed to believe a man who can’t recall if he’s had 500 or 1000 sexual partners is the most appealing thing ever. Not. The story was both unbelievable and ordinary at the same time. Don’t waste your money or time.
Read more
14 people found this helpful
Helpful
Comment Report abuse

Nickie
5.0 out of 5 stars Wow, such a hot and beautiful story!
Reviewed in the United States on August 9, 2020
Verified Purchase
In this first installment of the Cole series, we first meet Sydney and Jack. Normally I don’t like getting into books that are part of a series, however, I had both books already.

Sydney and her childhood friend Sienna, are off to Hawaii in what was supposed to be her honeymoon. After six years, Sydney saw herself as someone she didn’t recognize anymore. Her fiancé Michael, didn’t approve of her being in a band, so Sydney had opted for teaching music instead. Come to find out, he had been having an affair for the last year of their engagement.

Before arriving in Hawaii, Sienna suggests that Syd have a fling while there to get over her ex. Their first night at the resort, they meet a bunch of guys that are for a bachelor getaway. This is where Syd meets a green eye god. As soon as they meet it’s electric. Jack makes his feeling known to Syd and there is no denying she’s intrigued.

Here she thought this was going to be a week of moping around. Jack is not only a gentleman in public, but a very dominant man in the bedroom. On their last day together before they go back to reality, Syd never thought she would feel all these emotions after knowing Jack for a week. Thinking back, she realizes these are new feelings for her. Maybe she didn’t love Michael as much as she thought.

After her breakup, Syd moved from Boston to New York to do what she loves, singing. Wondering why Jack and her didn’t exchange any contacts, Syd reminds herself that they agreed to a fling, no matter how sad that makes her.

After her set one night, the manager of the hotel she works at, tells her the owner of the hotel wants to see and hear her sing. The following night after her performance, Syd meets him, and he offers her a job singing at a gala for the board of directors. The last person she expects to see is Jack. Also, that he owns half the hotel chain where she works.

I’m not going to say anymore, because this is where the story gets even hotter. The chemistry between these two is off the wall!

Rhea
5.0 out of 5 stars Wow! What an amazing read!
Reviewed in the United States on May 9, 2013
Verified Purchase
WOW! I'm lost for words right now but damn, this is so totally hot. I devoured this book so much. Hands down to Vi Keeland for writing this one. It's so worth it.

Hmmm, well where do I start? How about the fact that I am totally smitten by Jack's charms. His character was wonderfully written by the author and it would be impossible if you will not fall in love with him. I mean he is every girl's fantasy - gorgeous body with that amazing green eyes, a body to die for, handsome face, insanely rich but most of all charming and sweet. I love Sydney's character as well. She's a very talented singer with her gorgeous personality as well. I admire that she was able to pick-up herself and tried to move on after her broken engagement and cancelled wedding to her a*sH*t ex-fiancé of 7 years, Michael. She's one strong woman as well because she was able to speak up and pursue her long time dream which is singing which she put on a back-seat when she was with Michael

They met in Hawaii when Syd and Sienna used the former's supposedly honeymoon trip. Michael was there too with his friends for a bachelor party. The moment they laid their eyes on each other, there was an undeniable chemistry. With Sienna's encouragement that Syd should go & have a "one week fling" while there and the instant attraction she felt towards Jack, Syd went for it. But within a week's time of being together, they got to know each other on a deeper level not just within the confinement of the bedroom. Could this one-week fling turns into something deeper and more serious? Well, you have to grab a copy and read it....hehe!

This book is very engaging and it surprised me that this one has depth. At first I was hesitant to read it maybe because I did not know what to expect but I am so thrilled I bought this on Amazon and read it. I just couldn't put it down the moment I started reading it. It has the perfect balance of humor, romance and the "sex"? Wow, again I'm speechless. It was wonderfully written and so hot! Hahaha.

The ending is okay and I am still happy with it though I wish the second book is out right now. I am craving for more of Jack & Syd's story.

Dia
5.0 out of 5 stars Loved this book.
Reviewed in the United Kingdom on August 2, 2014
Verified Purchase
I came across this book as it was in a box set I purchased with different authors books in. I absolutely LOVED it and knew that I also had to purchase it as a stand alone book so that I could easily find it on my kindle to read again and again. Jack is my new book boyfriend. If you like your men hot, demanding and with a soft side then this book is definitely for you.
Read more
Report abuse

Claire
1.0 out of 5 stars Dreary
Reviewed in the United Kingdom on February 11, 2018
Verified Purchase
I got to 19% and gave up! Bored beyond words.
I've enjoyed other books by this author but this wasn't for me I'm afraid.
Sorry 😶
Read more
Report abuse

Karja26
5.0 out of 5 stars Marvellous
Reviewed in the United Kingdom on June 17, 2016
Verified Purchase
Became a big fan of Vi after reading Baller and I've become a huge fan ever since. Love Belong to you, love the dynamics of Jack & Syd's relationship and how the balance and compliment each other.
Read more
Report abuse

Linda Macfarlane
5.0 out of 5 stars Belong to you book 1
Reviewed in the United Kingdom on May 4, 2016
Verified Purchase
Could not stop reading this book. Loved the story and glad it has a second part to it. And I know it will be just as good as this one.
Read more
Report abuse

REBECCA: Book Loving Pixies
4.0 out of 5 stars EXCELLENT QUICK READS
Reviewed in the United Kingdom on April 1, 2014
Verified Purchase
I loved Worth the Fight so decided to try the two Cole Books by this author . While they are both quick reads this does not detract from the story and both are well written , entertaining and engaging . You can`t help but fall for Jack Cole .
Read more
Report abuse
See all reviews